In the past, the subject of antiaging and rejuvenation was the exclusive milieu of people from middle age and older. But that’s changing quickly in the age of the internet and social media, says  Merz Asia Pacific CEO Lawrence Siow.

There’s a striking new trend for beauty in Asia Pacific with young people. While previous generations typically asked their parents for, say, a backpacking trip to Europe as a graduation gift, today’s fresh graduates instead ask for aesthetic treatments, so they could look refreshed when they join the workforce.

In the past, the subject of antiaging and rejuvenation was the exclusive milieu of people from middle age and older. The ultimate solution was expensive and painful plastic surgery that yielded unnatural results.

But that’s changing quickly in the age of the internet and social media, with the many game-changing innovations in the beauty industry, according to Lawrence Siow, chief executive officer of Merz Asia Pacific. In fact, Siow added, a growing buzzword for people in their 20s and 30s is “prejuvenation,” or arresting signs of aging before they set in. 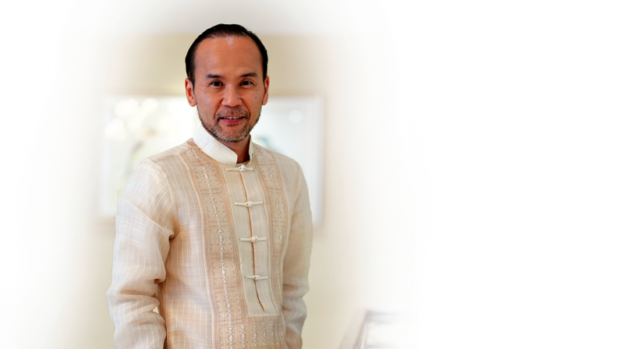 With so much info shared among their peers, the young are starting to care for their skin and their overall physical looks from a much younger age—they use all sorts of creams and serums, visit a dermatologist regularly, and the more sophisticated even try out noninvasive to minimally invasive aesthetic treatments using lasers, ultrasound, radiofrequency, and the like.

This is most evident in Asia, the fastest-growing market for aesthetic medicine, said Siow.

Asia as a trend leader

“Since I joined the company in 2013, the size of our business in Asia has gone up five times,” said Siow, an aesthetic business expert from Singapore. “In terms of advancement in thinking and willingness to try new aesthetic procedures, Asians are ahead.” Korea is leading the trend in the region, he added.

“Aesthetic treatments have expanded significantly, with the huge growth driven by noninvasive procedures,” said Siow. “The market is expanding in noninvasive treatment —70 to 80 percent new patients are undergoing the procedures,” Siow said. And because there are now effective nonsurgical procedures, patients no longer feel the need to go straight to plastic surgery.

Patients are also seeing the advantage of combining several procedures in order to achieve their desired results—say, Ultherapy® to tighten and lift, plus injectables to fill out lines and correct wrinkles.

“Women in their early 30s are seeking noninvasive treatments. The reason behind this is, it’s no longer about antiaging, but prevention or slowing down of aging,” said Siow. “Gone are the days when people would bring a picture of a celebrity to their plastic surgeon and wanted to look like that celebrity,” Siow said. “Today, it’s more about getting a better version of yourself, and to keep and maintain that. It’s not about having a frozen smile or a strange lip. It’s about having a natural outcome.”

Merz is the maker of Ultherapy®, a US FDA-cleared noninvasive procedure for lifting and tightening the skin in the neck, chin and brow areas, which is endorsed by celebrities like Kris Aquino and Pia Wurtzbach. Ultherapy® is offered in over 60 countries, and 72 accredited clinics in the Philippines.

Among Asians, who have a naturally round face, the desire is to have a V-shape or apple-shaped face, and Ultherapy® doctors typically concentrate the treatment in the upper brow and lower face to achieve this. Women want a contoured and lifted look.

Men, who now make up 10 percent of Ultherapy® clients in the Philippines, also want a stronger, chiseled jawline, since a sagging round jaw feminizes their profile. “Plastic surgery was pretty big in the ’80s and ’90s, and you paid a lot of money,” noted Christian Baatz, member of Merz Shareholder council in the 4th generation. “You woke up the next day hoping the result’s good. Sometimes it wasn’t. And it was a big change. People talked when they saw you.”

In today’s busy lifestyle, the post-procedure demands of an invasive aesthetic surgery no longer fit. “People want to immediately be able to work, to be with their family, after the procedure,” Baatz said. “They want no downtime. So this is the gap where we step in. Between the cosmetics and surgery, we have this noninvasive procedure”

An Ultherapy® treatment, which uses ultrasound to stimulate the production of new collagen to tighten and lift the skin, typically takes 60-90 minutes, and a patient only needs to do it once a year. The results gradually begin to show in the first three months. In the Philippines, Merz recently successfully launched the first Ultherapy® For Two campaign headlined by Richard and Lucy Gomez. It encourages couples to come in for treatment together. Women are noted to be effective in influencing their partners to try beauty treatments.

Ultherapy® has been an easy sell, said Siow, since men are typically averse to needles, and they don’t want any downtime or observable evidence that they had anything done on their face. But they also want to look good and youthful, not just for their partners but also in the competitive workplace.