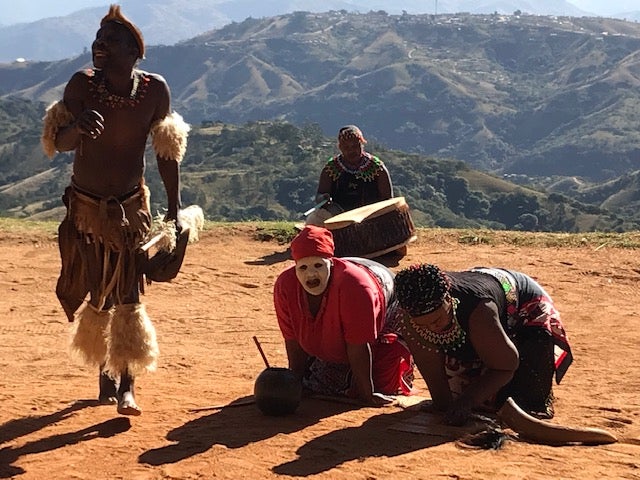 Long overshadowed by her popular sisters, Johannesburg and Cape Town, this cosmopolitan city in South Africa is waiting to be explored

A South African holiday conjures images of long game drives through bushland and thickets. But on the east coast of South Africa is Durban, a happening cosmopolitan city long overshadowed by her popular sisters, Johannesburg and Cape Town, waiting to be explored.

Durban is South Africa’s self-styled playground. It is the country’s third largest city and is famous for its beaches and fascinating Afro-Indian culture and food.

While South Africa’s well-promoted beaches on the west coast border on the freezing Atlantic Ocean, Durban beaches have the warm Indian Ocean.

This side of South Africa brings together the sea, the mountains and the valleys in one destination. In 2014, CNN named Durban one of the 10 most underrated cities in the world. In 2015, the city also made it on The New York Times’ list of 52 places to go in the world.

People associate Durban with its amazing coast, but what’s overlooked is that further into KwaZulu-Natal are some fantastic game reserves.

About a million South Africans are estimated to pack Durban’s beaches every year. So it’s not surprising that one of its most distinguished landmarks is Golden Mile, the 3.7-mile stretch of sandy beach on North Beach frequented by surfers, joggers and fishers.

The 2010 World Cup completely redeveloped Durban’s beachfront. Still, the beach has always been one of few places where South Africans mingle—from women in burkinis to surfers, from children to pensioners, from cyclists to dog walkers to bodyboarders. The beach is everyone’s favorite spot in the city.

A trip to historic Durban in the KwaZulu-Natal province is not only convenient but also easier on the pocket compared to a visit to Johannesburg or Cape Town.

Travelers can visit the place where Nelson Mandela cast his vote for democracy (Ohlange Institute) or drop by Mahatma Gandhi’s house and printing press in the Phoenix Settlement, a communal living society. (Gandhi lived in Durban in 1893.)

There are more Indian residents in Durban than in any other city outside of India, so the city exhibits a mix of Indian, Zulu and postcolonial influences.

Curries, seafood and fusion food are popular at beachfront restaurants, Wilson’s Wharf, and at the gourmet hot spots and coffee shops that line Florida Road and Helen Joseph Road.

The merged culture is also reflected in the ubiquitous street food, bunny chow—lip-searing curry of mutton, prawn, chicken, or vegetables served in hollowed out bread. Despite its name, though, there are no rabbits in this dish.

According to lore, the hearty fare was created as meal-to-go for farmers who needed to hold the food with one hand. Today, however, it is served in restaurants on plates with forks and knives.

While the street version still exists bunny chow eaten with your bare hands can be quite a challenge.

Durban also prides itself on the uShaka Marine World, a 40-acre theme park with an aquarium, water park and a Village Walk for shopping for ethnic clothing, surfing gear, souvenirs and snacks. It has the fifth largest aquarium in the world, designed around five shipwrecks.

Visitors can go snorkeling in the lagoon among a thousand species of sea life. There’s also a shark-cage diving area for the adventurous, a water park with slides, a reptile exhibit and an interactive animal show area.

If the impulse to shop is irresistible, pop in at the Gateway Shopping Mall, one of the 50 largest malls in the world, and the biggest, it claims, in the southern hemisphere with 18 movie theaters and more than 400 shops.

Foodies will delight in Victoria Street Market, where they can purchase a wide variety of spices sourced from around the planet.

There’s also the omnipresent Woolworths or the old favorite, Spar, for last-minute pasalubong.

South Africa has some of the best and most affordable steaks in the world. You can buy them uncooked to take home.

But a trip to South Africa is never complete without a game drive or two. About a three-hour drive from Durban is Thanda Private Reserve, an award-winning 14,000 hectares of bushland that offers the breathtaking opportunity to encounter The Big Five (lion, buffalo, leopard, rhino and elephant), as well as see more than 400 bird species.

The luxurious Thanda Private Reserve is also the first privately owned game reserve in KwaZulu-Natal to introduce a breeding pack of wild dogs.

Game drives are conducted by trained guides and trackers, in open game-viewing vehicles (tiered seating of the open-sided 4×4 vehicle, guaranteeing VIP seats and unparalleled 360-views to every passenger).

Meaning “love” in Zulu, Thanda offers romantic decadence and exclusivity, with Zulu culture and wildlife in five-star facilities. A 100-year-old ritual is performed by Zulu warriors during a dinner feast.