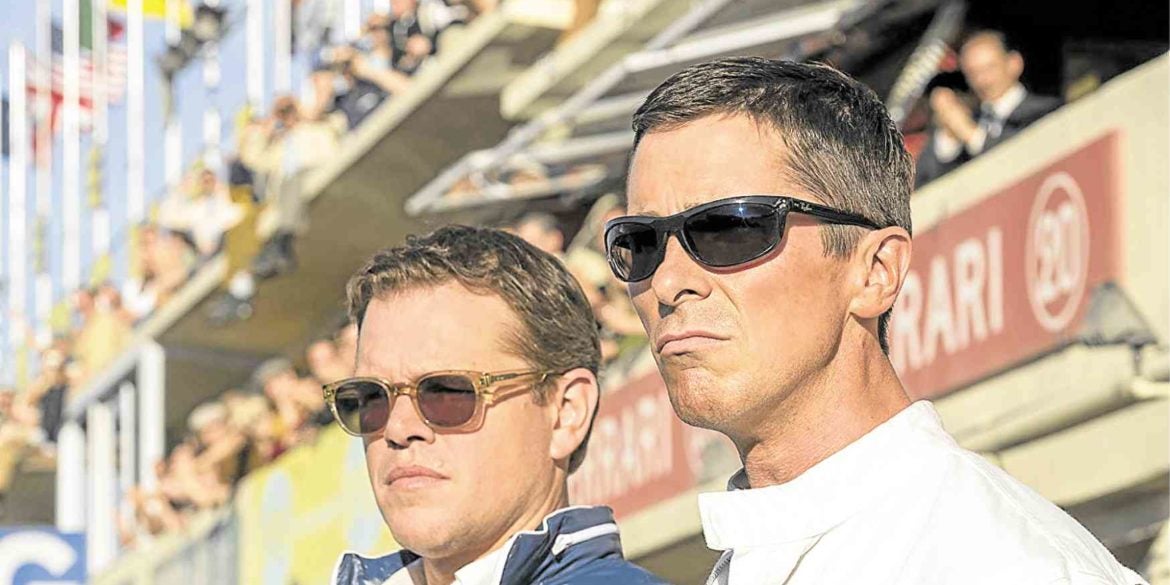 Director James Mangold presents his follow-up to the beloved “Logan” with “Ford v Ferrari,” a genuinely interesting True Story with two great parts for great actors that is a classic underdog tale, almost traditionally so.

Matt Damon stars as Carroll Shelby, the first American to ever win Le Mans, the grueling, renowned 24-hour French sports car race. He’s been told he can no longer race due to a weak ticker that can’t take the stress, and has resorted to selling and putting together cars. Christian Bale is Ken Miles, a British-born pure race car driver, ornery and unwilling to suffer fools, working as a mechanic who does the occasional race. Together, they join forces to design and provide the Ford motor company with a sports car that can take the crown from fabled car manufacturer Enzo Ferrari, thus ending the Le Mans streak he’s so proud of.

Expectedly, Mangold’s race sequences are lively and exciting, and it’s to his credit that when we finally get to Le Mans in the last act of the film, it’s a thrilling, nail-biting series of scenes that makes you appreciate what an exhausting gauntlet Le Mans must be. The sound design works with the cinematography to really bring these races to life; the rousing, pulse-pounding roar of engines mixed with dynamic angles and POV shots putting you in the driver’s seat.

The two central figures of the story are both capital-C Characters, and both actors clearly have a blast playing them. Damon’s more restrained performance nicely hints at the pained restraint his character needs to stick to in order to stay alive, while Bale obviously relishes his few and far opportunities to actually play a Brit, his Ken Miles often talking to himself alone in his vehicle, spouting phrases you may not fully comprehend but can grasp well enough with context clues. Supporting players also do splendid work; Caitriona Balfe plays Ken’s wife Mollie, who even gets her own race scene, and Jon Bernthal plays Lee Iacocca, who convinces Ford to take on this challenge.

Mangold is careful to ground the proceedings so that when the action sequences arrive they have some weight to them, providing the drama and struggle necessary for us to root for the underdogs when it feels like an impossible situation. It’s nice to see him subtly focus on what draws these men together, their similarities: their passion for racing and cars, their experiences in the war, their mutual respect.

While one can’t help but wonder what original director Michael Mann would’ve made of this material, Mangold sculpts an effective sports drama that might be walking home with some Oscars come February.