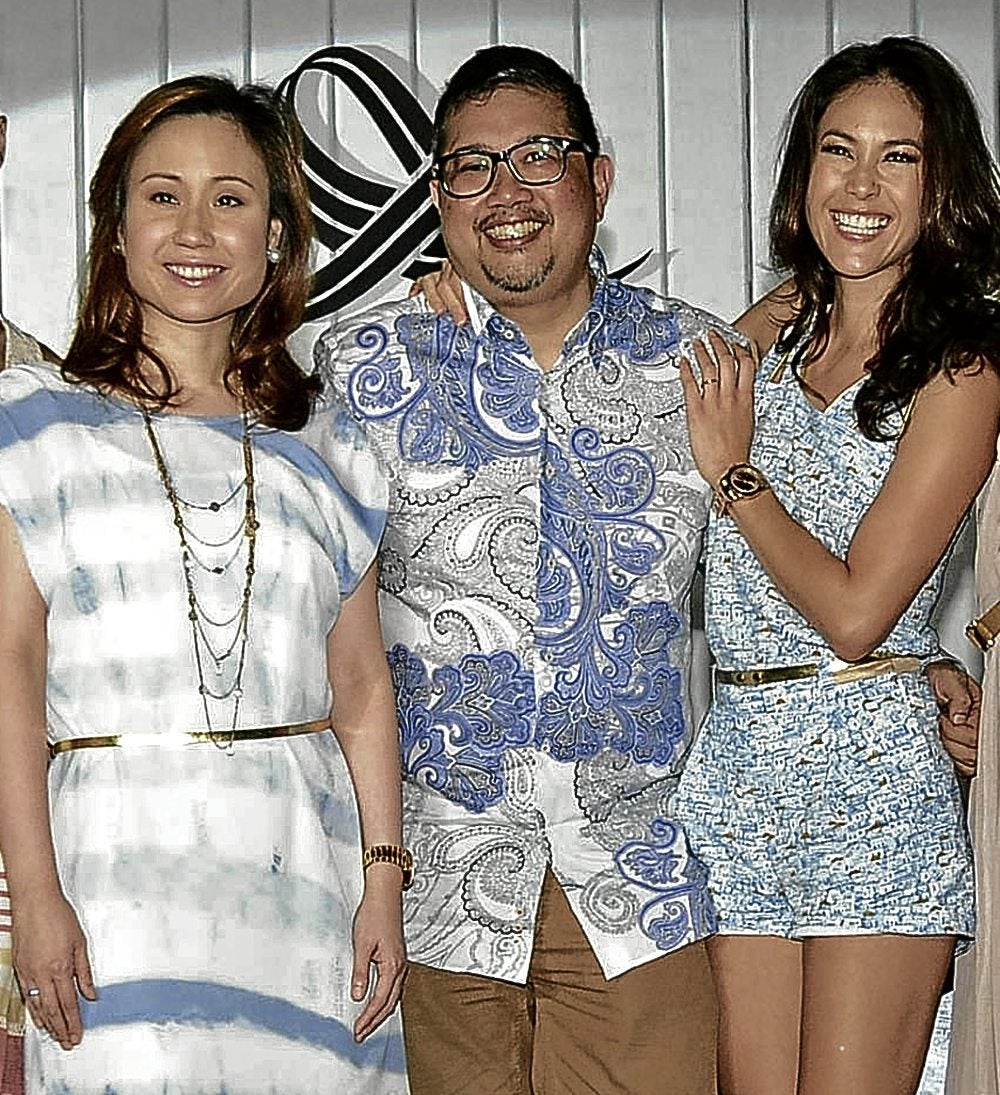 In a phone interview, Eala told Inquirer Lifestyle Wednesday that Qua decided to “end” the contract last Friday, February 10, two days after the designer showed a preview of his Santorini-inspired summer collection for Plains & Prints at Hotel H20 in Manila.

It was the first official collaboration Eala did with another brand after joining Collezione in 2007 as its creative director. Qua apparently wasn’t open to the idea of Eala working for other brands.

“It was very businesslike,” Eala said of their final meeting. “Joey said the public might get confused if they see me doing projects for other brands. It was his decision to end the contract.”

Eala is responsible for making Collezione—a reputable but staid brand of men’s and women’s tees and polo shirts that date back to the late ’70s—hip again.

He turned the Philippine map into an iconic logo that found its way on shirts, pants, shorts and bags. It was only a matter of time before others followed Eala’s lead and created their own version of the embroidered “map” shirt.

“I can’t say it’s a relief,” he said. “Of course, it’s painful, but, since we’re not on the same page anymore, I totally understand the company’s reasons.”

Apart from Plains & Prints, an RTW brand of ladies’ dresses and separates, Eala will collaborate with other firms, including one that isn’t into retail.

Eala has no financial stake at Collezione; he is a consultant, so the company can choose to drop his services anytime, he said.

Last week, Eala was still denying that he was leaving Collezione. That was because he wasn’t aware of the company’s plans, he said.

But when asked whether or not Collezione approved of his collaboration, he sounded tentative.

Eala insisted back then that he had, “in a way,” Qua’s blessings to design for Plaints & Prints, a brand known for collaborating with other designers like Randy Ortiz and Rajo Laurel.

This time, Eala had to work with Plains & Prints owner and creative director Roxanne Farillas and her in-house design team to produce blue and white cotton pieces with faded and gradating prints inspired by the Greek island of Santorini.

For the preview’s second segment, Eala showed dresses and separates in warmer shades such as red and orange combined with neutrals such as beige and white.

“Unlike previous collaborations, we’re not limiting it to a capsule collection consisting of eight to 10 pieces,” said Farillas. “This time, it’s a seasonal collaboration spanning months.”

It was the brand’s way of making its patrons happy, she added. Based on surveys and consultations they did, Eala’s name remains popular among the young RTW set.

“We’re just giving what our customers want,” she said. “We want to make them happy by not limiting them to a few of Rhett’s designs.”

Although he does the creative direction, Eala considers himself a “mere” guest designer. That he’s dealing for the first time with a “unique” system excites him, he said.

For summer, he went for more loose silhouettes compared to the brand’s previous collections. He also showed separates, including light jackets and shorts, and belted and tailored dresses with pleated skirts for a more polished look.

Eala welcomes the chance to return to his RTW roots. Instead of knits, he’s working again with printed and woven fabrics designed exclusively for Plaints & Prints.

“Both Collezione and Plains & Prints are RTW brands,” he said. “But the latter is more about casual dresses. And this time, it’s more fun because I’m working with a team of designers.”

As for the possibility of a more permanent collaboration between Eala and Plains & Prints, Farillas said: “They’ll just have to wait and see.”