How women find purpose in challenges: ‘Work-life balance is about prioritizing’ | Inquirer Lifestyle 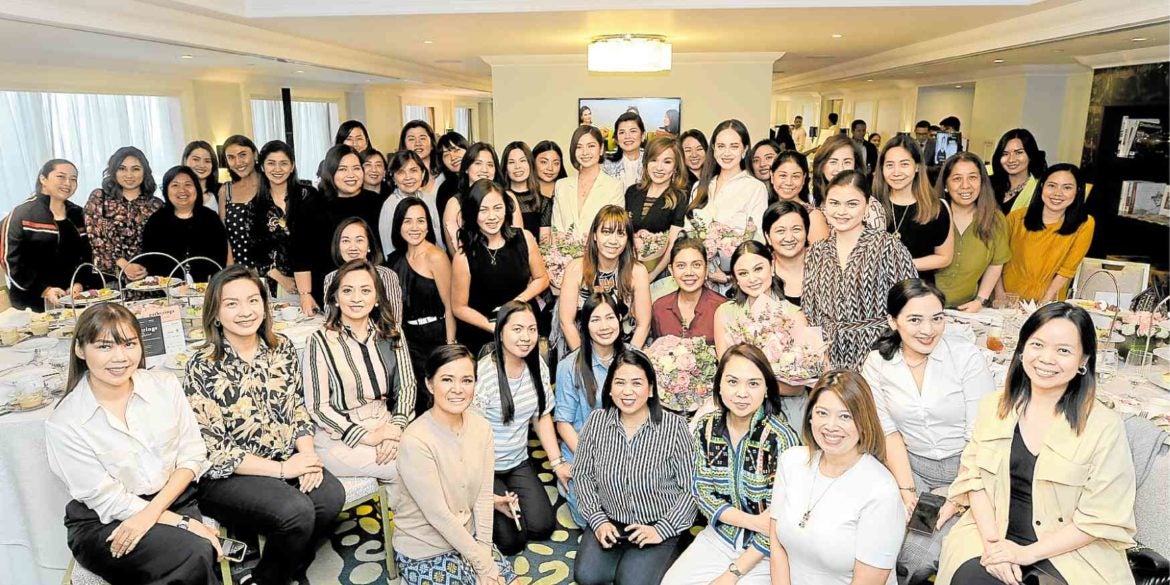 Highlighting conversations among women in “Women Who Launch,” by “Gatherings by Grace”

How women find purpose in challenges: ‘Work-life balance is about prioritizing’

‘Gatherings by Grace’ covers topics from career to parenting

Filipino women today may have more freedom and mobility, but they’re still under pressure.

Our grandmothers belonged to a generation of women who were taught to prepare meals and bake an occasional cake, but they were also expected to perform multiple duties including managing the household.

“It’s something that women through the years have been doing for the longest time, except now you have to think of documenting those for Instagram,” said Leyte 4th district Rep. Lucy Torres Gomez at “Women Who Launch,” the final installment for the year of “Gatherings by Grace.”

“Gatherings by Grace” is an event collaboration between influencer Grace Barbers-Baja and ad agency Game Changer that focuses on conversations by women for women.

“Before, ’di bale kung naka-rollers at daster ka,” said Gomez. “Now you have to look good, or pretend you look good.”

A ripple of laughter ran through the female audience. Gomez spoke the truth. She was among the guest panelists of “Women Who Launch.”

The teatime conversation covered topics from career to finding the elusive work-life balance.

“I grew up with a mom who is also very driven, who pursued her career and advocacies,” said Villar, daughter of real-estate mogul Manny Villar and Sen. Cynthia Aguilar Villar. “That’s the kind of woman I want to be.”

She said that her dad taught her the invaluable lesson of prioritizing: “Identifying your priorities will allow you to wade through every volley that life throws at you. By knowing your priorities, you’ll make better decisions.

“My father told me that when I was growing up. He was doing a lot of things, but I was always his priority. Now I make time for my son and don’t forget that I’m also a wife. I often forget my husband (Erwin Genuino),” she said, laughing.

Trillo recounted childhood experiences that drove her to pursue her passion for makeup. She was often teased for her morena skin that, at some point, kids in school started calling her “negra.”

But instead of breaking down, she said she turned the negative into positive.

“Makeup is important. It is part of grooming. It is not frivolous. If you get dressed when you have an important meeting, that’s the same power of makeup,” Trillo said.

“As women, we tend to neglect ourselves, but you have to remind yourself that if you don’t take care of yourself, it’s going to be hard to give your best. So, self-care and self-love are important.”

Being a perfectionist, she said, is her best and worse trait. “I grew up with a mom who is probably similar, who taught me not to waste my time on things that do not matter. That’s when I realized work-life balance is also about prioritizing. We can’t be No. 1 at everything.”

Filip+Inna fashion label founder Cabili has probably traveled where not many Filipino woman have—in search of the country’s best weavers, appliquérs, embroiderers and beaders. Her interest in their culture and heritage is genuine, and her label continues to earn these women a steady income that’s due them.

But what turned her life around was cancer. “Pain is God’s megaphone to the world,” she said. “Sometimes we think we don’t have a choice, but we do. I start my day by reading the Bible, and it sets the whole day for me.”

Gomez, founder of online store Truest, said: “It is a beautiful byproduct of what was a painful time of my life when Supertyphoon ‘Yolanda’ happened. For two years, I worked closely with NGOs to rebuild my district. But I didn’t want it to come to the point that they’ll avoid me when they see me because I always ask for help.”

Gomez had to think of a project that would sustain the livelihood of the communities. Truest is a nonprofit whose proceeds sustain the many communities of her district.

“I’m not dependent on donors. I started with three candles and those morphed into other things,” she said.

The women agreed that for success to happen, there has to a solid support system—both from home and from work.

“[My] family and the people I work with enable me to do more. The team that you work with is so important because half my time is devoted to people management. I make sure that my team is also at its best because if the members have problems, they can’t give their best,” Villar said.