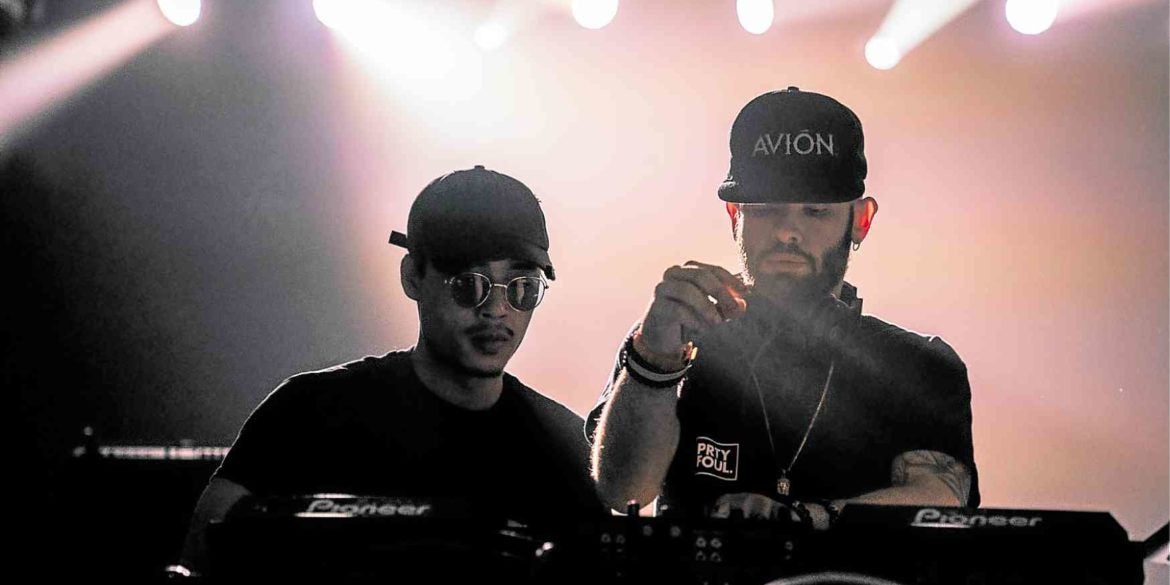 With its crisp melodies and sharp bass, “Talk Down,” the latest single from electronic duo Prtyfoul and producer Greg Gatsby is sure to be a club hit. The song seamlessly blends hip-hop lyricism from rapper Nessly with faltering synths and catchy trap beats.

One-half of the duo, Manila-born Haiki described the formation of Prtyfoul as “organic.” He opened for NoBveno (real name Andre Bueno) at a show in Cambridge, Massachusetts, where they immediately hit it off.

They met at the studio the next day and began to play around with different sounds, integrating their respective proclivities toward melody and bass. They sealed the collaboration under the name Prtyfoul, as a testament to their shared love for partying.

Haiki, who studied at Xavier School in San Juan, recalls how “Talk Down” was originally conceived as a trap/hip-hop track. The vocals came together first, with the help of his roommates, Christian L’Heureux and Ibe Diabate. The former introduced him to Nessly, while the latter contributed on a verse.

The electronic features a mix of future, trap, and house—it came together after meeting with NoBveno.

They then signed on a fellow Boston-based DJ and producer, Greg Gatsby, to work on the track. Altogether, what you get is a feel-good and energetic song.

In such a competitive industry, Haiki talks about how a strong sense of self is important in helping an artist make music he is comfortable with putting out.

This sentiment rang true especially when Haiki and NoBveno opened for Khalid. They trusted their instincts in choosing songs and transitions that would showcase their sound amid the singer-songwriter’s softer melodies.

The pair had also opened for Morten, a DJ who later became a mentor and an important source of advice and encouragement for the two.

When asked about their five-year plan, Haiki said he hopes for Prtyfoul to make it big and perform in music festivals like Ultra. He also looks forward to collaborating with fellow Filipino artists and reworking OPM electronically.

He said “Talk Down” is just a preview of what is to come. With their upcoming album, “Future Trap House,” out in January 2020, we can surely expect more hits from the dynamic pair.