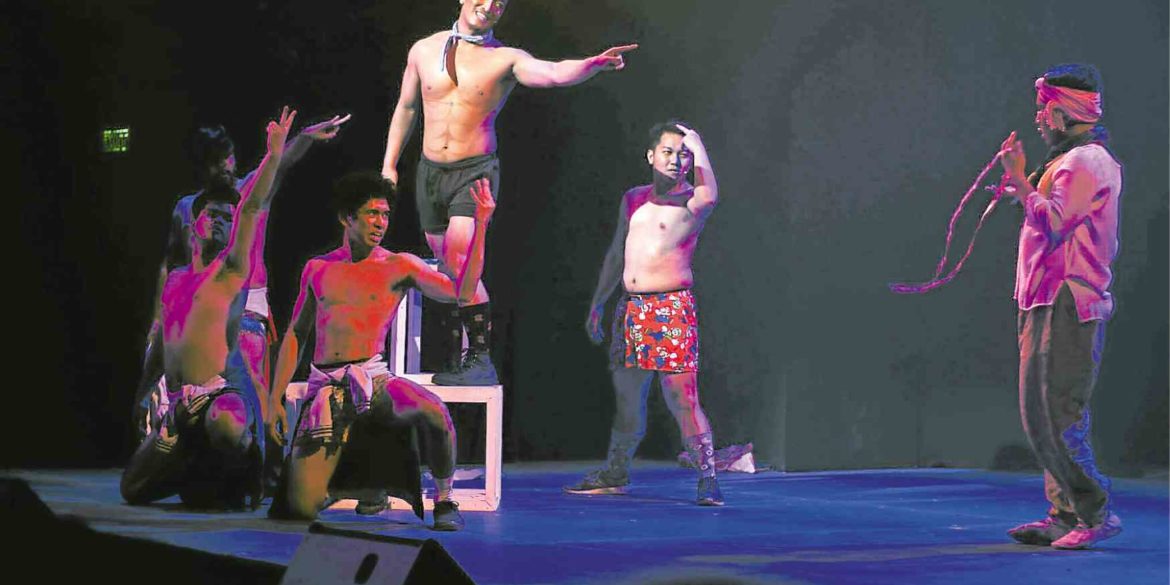 It sings pop, thrives in irreverent humor, and gladly lets the past and the present bleed into each other

It feels premature to review “Walang Aray,” the new musical by Philippine Educational Theater Association (Peta), mainly because what was shown to the public during its two-performance run last October was supposedly a “laboratory” production.

Indeed, what we saw was a full-fledged musical that was obviously put together in a limited amount of time. The rough edges, in both the material and the staging, were pretty evident.

And yet, it was also evident that, should Peta play its cards right—give this show the intricate incubation it deserves, then rightfully put it in next season’s lineup—the company might just be looking at its next surefire hit.

“Walang Aray” is a joyous romp that feels unmistakably of our time. It is essentially Severino Reyes’ classic zarzuela “Walang Sugat,” only now it sings pop, thrives in irreverent humor, and gladly lets the past and the present bleed into each other. Think star-crossed lovers by way of “Romeo and Juliet,” but set in a satirist’s Philippine Revolution.

The libretto is by Rody Vera; the music by Vince Lim. Together they have created what is probably the smartest—and funniest—musical piece to have hit the Peta Theater Center since “Kung Paano Ako Naging Leading Lady” four years ago.

And “Walang Aray” does share one fine trait with that other musical: It captures the idiosyncrasies of modern Filipino culture in a way that is both refreshing and mind-tickling.

There are front-act performers who sing about being front-act performers; lecherous priests and gossiping maids (swelling in number as they gabble their way down the neighborhood street); self-absorbed gym buffs led by Reyes’ Miguel, now a man-child with an identity crisis hoisted to surprising farcical heights by Bene Manaois; the underrated Gio Gahol in only his first musical leading role as Tenyong; and a deliciously shrill and overbearing mother figure in the excellent J-mee Katanyag, who gets to choke on her food in slow-mo and gawk in horror at her own criminal hand after slapping her daughter (Shaira Opsimar).

The production directed by Ian Segarra could use some tightening, some more fine-tuning with the comedy, some more calibration to make everything and everyone move in perfect synchrony.

All of which could happen when the musical runs again—because it should. As it was, “Walang Aray” was already a massive trip—one of those rare, intelligent gems that leave you slightly cramped and dyspeptic from too much well-earned laughter.