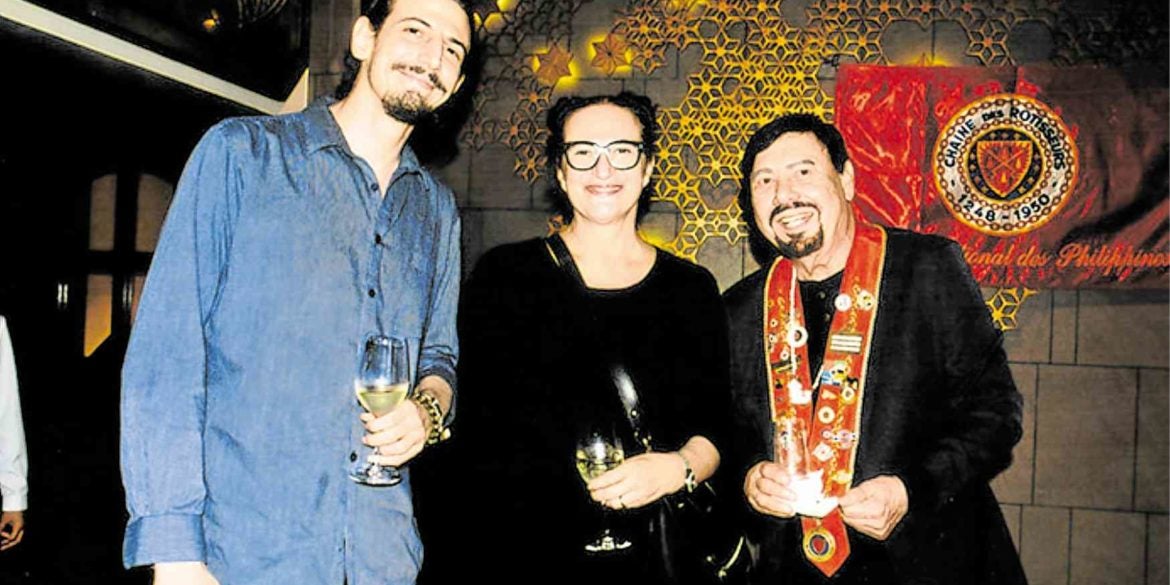 The Cebu chapter of La Chaine des Rotisseurs held a fellowship dinner at the Crimson Resort and Spa in Mactan. Venue was Enye, the resort’s Spanish restaurant. It was aptly dubbed “Tapas and Wines All Night.”

Eminent chef Jose Luis “Chele” Gonzalez flew down from Manila to create a menu that had the 120 guests exclaiming superlatives. Michel Lhuillier, La Chaine’s Baili Delegue for the Philippines, was all praise as he congratulated Didier Belmonte, Crimson general manager.

There were three other stations dispensing Spanish specialties, plus two tables for the paellas; one was the traditional, the other was oozing with the blackest squid ink. Excellent wines flowed throughout, and at the end of the evening Didier pointed out to Michel they still had 200 bottles in reserve.

By then the dancing had begun in earnest with Michel leading a bevy of beauties, and whoever else wanted to trip the light fantastic.

Michel always says that each event of La Chaine in Cebu surpasses the previous, and this was one such occasion.

What’s next? The Cebu La Chaine anniversary gala will be held the evening of Dec. 14 at the Triton Grand Ballroom of JPark Island Resort &amp; Waterpark in Mactan.

And so there we were on board: Michel and Amparito, Teresin, Nestor and I at 6 p.m. Nov. 21. Jonathan Nowell was at the lobby to welcome us and lead us to the Olive Room where the dinner table was set up. The event will have a Christmas theme, he said, and was told it would be the first anniversary gala with Yuletide décor.

“Like this big, big red ball hanging overhead to give it a dash,” he added. Meanwhile, there was Christopher Shim, the Korean food and beverage guru of the resort, explaining every item on the exquisite menu we were served and which will be featured at the gala dinner.

It started with poached oysters from Normandy seasoned with minced Beluga caviar, salmon roe and herring roe. The soup was a light bouillabaise tinged with saffron and mussels from Chile.

Quail was chosen for the main course, tender and juicy, and flavored with Armagnac.

There was a cheese plate, followed by a delicious dessert: Christmas pudding loaded with fruits and nuts, topped by a brandy caramel sauce. Pralines made by the resort concluded the pleasant dining experience.

“Now, we must see the ballroom,” said Jonathan.

It can seat 1,000 people. Teresin, event planner par excellence, took note of that.

However, for La Chaine Dec. 14, the setup will be for 120 guests on 12 tables radiating from the stage. There will be a show, we were told, and now one can hardly wait.

Reminder about dress code: tuxedo or black suit for the men with the Chaine medallions, and for the ladies, formal long gowns with the symbolic ribbon.