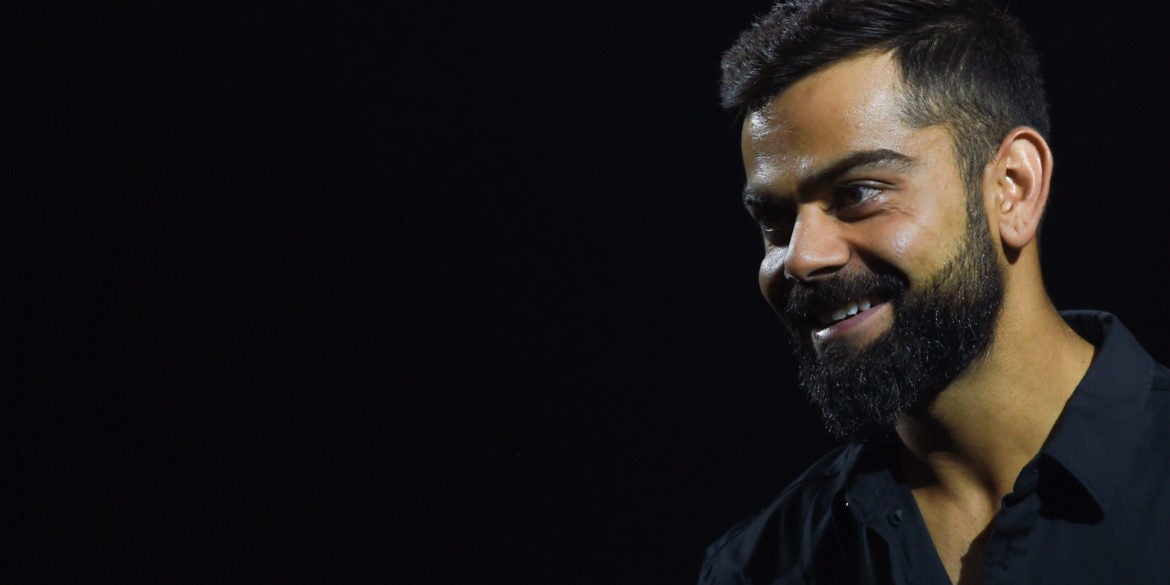 India's cricket team captain Virat Kohli takes part in a promotional event for the India launch of the Audi A6 car in Mumbai on October 24, 2019. (Photo by INDRANIL MUKHERJEE / AFP)

India superstar Virat Kohli goes to isolated places like the mountains in Bhutan to escape his cricket-crazed homeland.

Facing an even more intense social media spotlight since he married Bollywood actress Anushka Sharma in 2017, the Indian captain said the escapes were the only way the couple can preserve their “own space.”

“Virushka”, as the couple are known to Indian media, went to Bhutan for Kohli’s 31st birthday in early November.

“We loved going to treks and interacting with people. On a daily basis you don’t get to interact with people,” Kohli told India Today TV.

“There we would go on bike rides and in between meet some local people and talk to them. It was beautiful, it was like getting back to being human beings before we became famous.”

Kohli, now one of the biggest earners in sport, said there has been a “drastic change” over the past four years as his fame has grown along with the importance of social media.

He said that before, “people would respect our space,” without the couple being snapped for a picture wherever they go.

“From 2015 onwards my career grew and social media was also growing simultaneously. It gets difficult understanding this transition that’s why we like being in our own space all the time.”

Kohli also said his wife was a “soft target” for criticism because of his position.

“Some of the things that come out are really funny. Without actually checking with anyone people come to conclusions. The lies are spoken so much they start becoming truth,” said Kohli.

“People in this day and age don’t bother finding out the truth when someone’s a soft target like her. We don’t get hurt by it but we need to explain to people what the truth is.”