Yeo Jin-gu of ‘Hotel del Luna’: The guy parents would love to introduce to their daughters | Inquirer Lifestyle 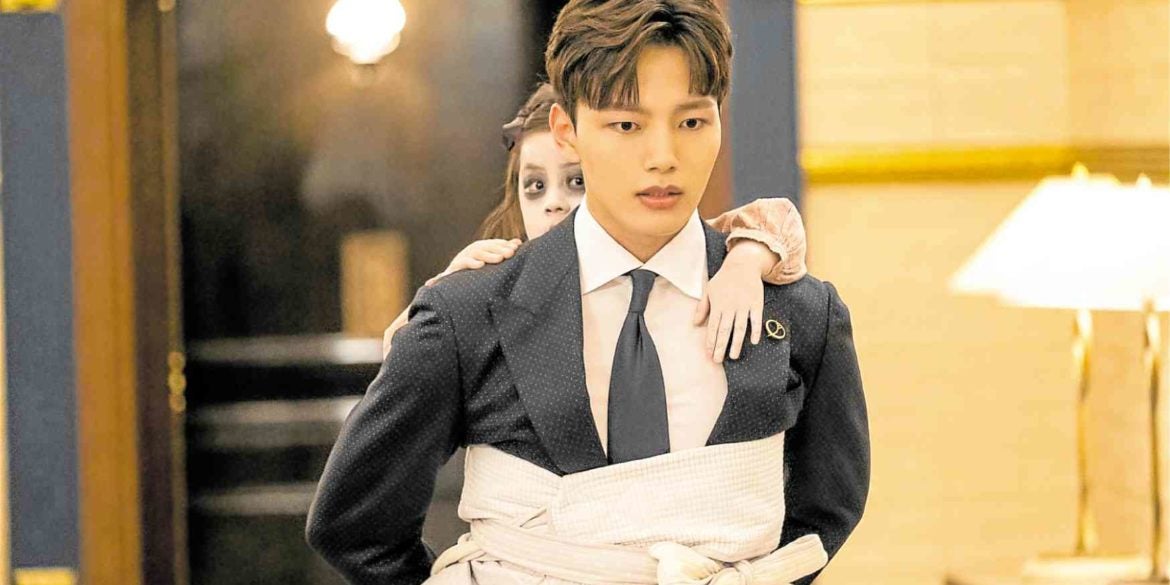 Boo! Guests of “Hotel del Luna” are all ghosts. —PHOTOS COURTESY OF NETFLIX

Yeo Jin-gu of ‘Hotel del Luna’: The guy parents would love to introduce to their daughters

‘I have always liked to look up at the night sky, but I do so much more often now after this series’

Yeo Jin-gu, the South Korean actor to look out for next year, would choose Devil’s Tears over Angel’s Tears. These are Hotel del Luna’s signature cocktails, not some strange occult practices.

“I’d go for Devil’s Tears, which has a hint of red wine because I like red wine,” Yeo told Super K in an email interview.

The fantasy drama “Hotel del Luna” is about a place where souls with unfinished business stay, before they head to their final destination.

The hotel offers the most exquisite amenities, including a calamity-free beach, indoor theme park and a balcony that overlooks the entire city of Seoul.

It’s been a good year for Yeo. The actor has been silently conquering the small screen by starring in three drama series this year.

He played a robot who falls in love with a human in “My Absolute Boyfriend,” and a Joseon ruler in another hit series, “The Crowned Clown.” But it is his role in “Hotel del Luna” that served as his introduction to a wider international audience, especially since Netflix recently acquired the title.

“In my past projects, I usually played roles where the person grows. But for this drama, Chan-sung brought about a big change in Hotel del Luna. It was a difficult job in a way, but I thought I wanted to challenge myself,” he said.

Yeo is not a rookie actor at 22. His career began when he was 8 in the film “Sad Movie.” At age 11, he won his first acting award. He earned the nickname “Nation’s Little Brother,” which means he won over the Korean audience.

He still managed to convey that innocence and naivete in “Hotel del Luna.” Yeo made liking Chan-sung really easy. Chan-sung could have been an obnoxious character, being a proud Harvard graduate and a sought-after hotelier. Instead, the actor made him into a character that parents would love to introduce to their daughters.

Credit also goes to drama writers Hong Jung-eun and Hong Mi-ran (collectively known as the Hong Sisters) for shaping the personality of the characters. Yeo said they were a factor in his  accepting the role.

“The Hong Sisters created so many wonderful stories. I remember how excited I was to be offered this role even before I read the script,” he said. “When I was reading the script, I found it very entertaining, and I absolutely wanted to take part in the show.”

Yeo managed to hold his own against the multi-talented Lee. Chan-sung is the exact opposite of Man-wol. She is excessive, impetuous and glamorous, while he is practical and reserved.

His first thought when he found out that Lee would be Man-wol was, “I was very curious about how IU would portray the character of Man-wol. Man-wol is extravagant and wild. It is quite different from the other roles she played before.”

Working with Lee is fun, he said. Even when the cameras were not rolling, they would joke with each other as their respective characters, to achieve the chemistry the audience eventually witnessed onscreen. He said that it encouraged them whenever they heard praise from their audience.

Man-wol’s character loves good food, going to different parts of Korea to eat. Yeo said he knows exactly what to recommend to her if he ever meets her in real life.

“It is now winter in Korea, so I want to get some bung-eo-ppang (fish-shaped bun) from a street stall, even though it might not be a famous restaurant from  ‘The Guys Who Died After Eating,’” he said, name-checking the fictional variety show in the drama.

Ghosts are aplenty in the series. Yeo revealed that there were almost no computer graphics used in the show. The actors depended on makeup. He identified two ghosts that gave him the creeps: the blind woman with sunglasses and the guest in room No. 13.

“There was a scene where this guest glares at me from the slightly open wardrobe. It gave me and even the director of photography the chills while shooting,” he said.

Yeo said “Hotel del Luna” was a success because the place had its own irresistible charm. Great efforts were taken to make the place exactly how it was described in the script, in terms of set, lighting and props. He thought the audience responded to the fact that the hotel turned out so perfectly. He said that each of the characters also had a unique charm.

He revealed a romantic side when he asked how the drama changed his life.

“I have always liked to look up at the night sky, but I do so much more often now after this series. Seeing the moon and the stars now remind me of it,” he said.

Super K just had to ask if he believes that Man-wol and Chan-sung will meet again in their next life.

“I absolutely believe they will meet again! They have a history of 1,300 years, so they will definitely meet each other again in their next life and build a beautiful loving relationship,” he said.