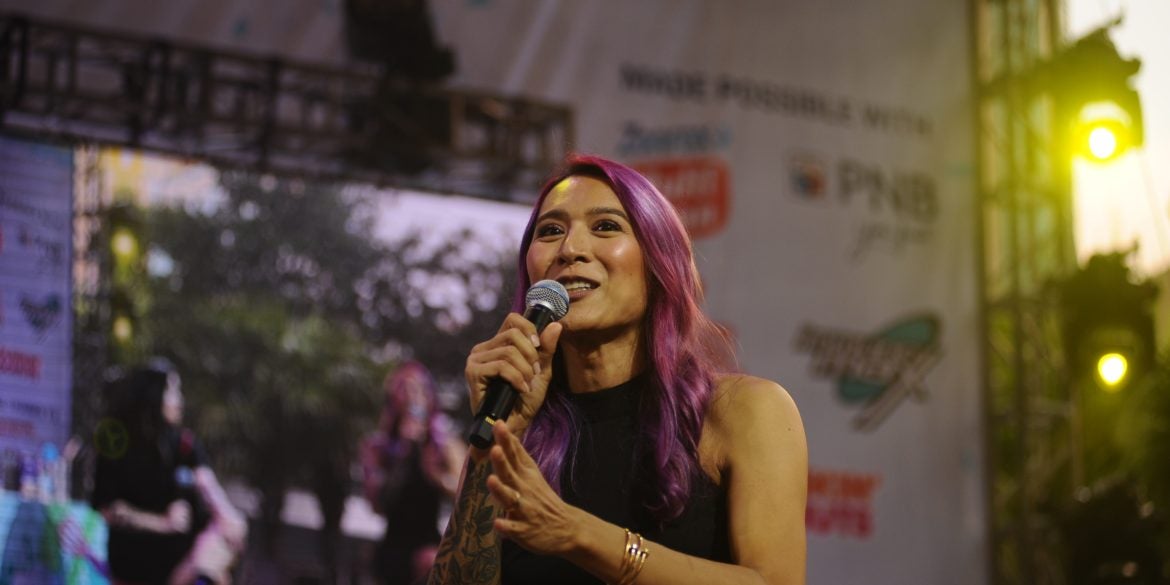 Fun, fun and more fun at the TLC Festival

Food Hero 2016 chef Anton Amoncio was onstage, cooking a Filipino dish with a twist: Bicol express with chicken instead of pork.

“Being at TLC Fest definitely feels like a homecoming,” he said.

The channel’s latest campaign, “I AM,” celebrates the infectious empowerment of self-expression. It was a big part of the festival, with live mural art from Penelope Pop accompanied by acoustic performances from the likes of Zion.

It celebrates the on-air and off-air community the channel has been cultivating.

There was a booth where people could write down a label for themselves instead of just always being labelled by others. They wrote words like, “strong,” “passionate,” “blessed.”

One of the I AM ambassadors is businesswoman and car racer Angelina “Angie” King, one of the stars of the documentary “The Kings” alongside her wife, model Joey Mead. It explored their relationship and how their lives changed since Angie came out as a transwoman.

Angie is adamant that the documentary stands alone; reality shows are not in the cards for them. “For us, the whole point was to show normalcy and to show that it’s possible—that life goes on.”

She has been focusing on her advocacies, especially environmentalism. This is her way of acting on advice her father gave when she was younger. “My dad would always say ‘get a life.’ He hated it when we were just at home watching TV, playing video games.”

Angie has worked with advocacy group Planet CORA and joined various beach cleanups, all while saving local bees and promoting organic farming through King Tower Farm.“If everyone’s stuck in their own world, you can get disconnected with the reality of what’s happening out there.”

The Sogie Bill is another one of her advocacies, and she feels very strongly about being able to combat discrimination against everyone. More than anything, she hopes to see people being more proactive in their lifetimes.

“I hope people get motivated to do things, to be someone, do something. Don’t just watch TV and idolize people, go and try to be someone that people are inspired to be. That’s the best message I can share through the I AM TLC campaign.”

The main stage was alive all day, thanks to the energy of hosts Boom Gonzales and Gelli Victor. There were cooking demos, arts and crafts, games, freebies, and more.

I got the chance to join an abstract collage-making session led by Rbin Binuya of Pointy Little Things.

There were cupcake-decorating lessons as homage to “Cake Boss,” a digital bubble pop game in reference to the show “Dr. Pimple Popper,” and a “90-second fiance” photobooth for “90-Day Fiance” among others.

In a panel, Rikki-An Quiapon joined other guests to talk about living with passion and overcoming challenges. Mental health was discussed, too, which highlighted how well-rounded the festival was.

At night, IV of Spades and Rico Blanco brought the house down with their incredible hits. Both acts played full sets, much to the joy of everyone present.

It was definitely a celebration of all things delicious, delightful, and how each individual is wonderfully unique.