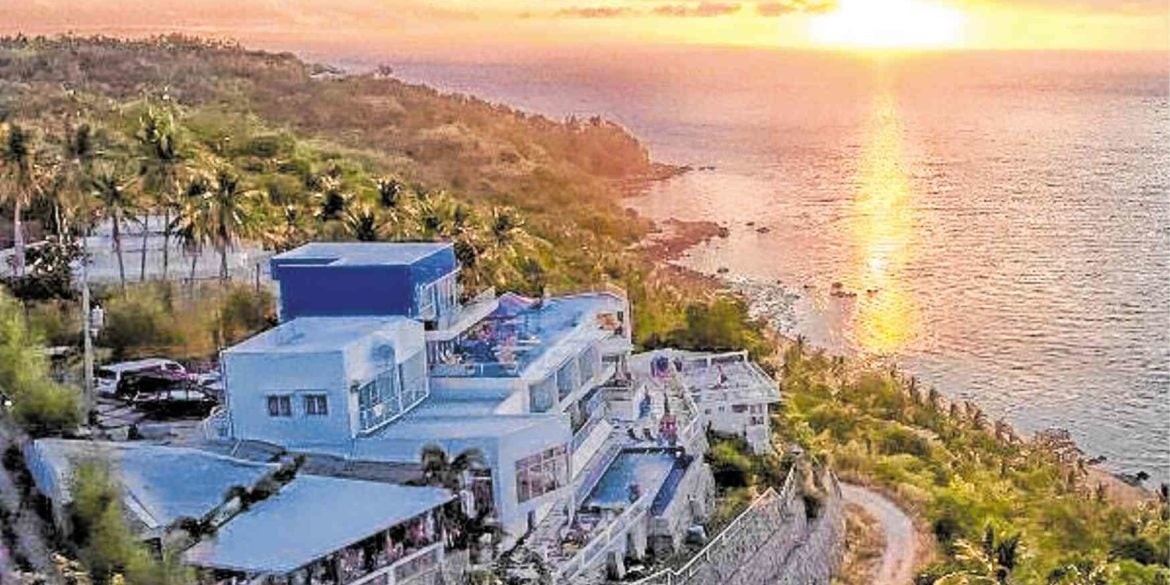 Why did Sai Baba call me to India and soften my heart? The ashram was the last place I expected to meet my second husband

Back in the days when my husband Klaus was still courting me, he drove me at the height of summer from Venice, Italy, to a glacier in Hintertux, Austria, so I could experience summer and winter all in one day.

The long drive on the scenic coastline along Lago de Garda is one of my favorite Europe moments, second only to the time Klaus proposed marriage for the third time—it was the charm—in a gondola as it docked near Venice’s famous Rialto Bridge.

Two years after we got married, we built Casa Amara, our private rest house/bed-and-breakfast in San Juan, Batangas, on top of a hill overlooking green virgin forest and a jagged coastline of white sand and pristine electric blue sea.

In October, Casa Amara is already decked out for the holidays. This year, we recreated the German Alps and countryside inspired by the first winter I saw in Europe, and the first snowfall I witnessed in Germany as Klaus’ wife.

I came in autumn to Isny, Klaus’ hometown in the Alpine region of Allgau near the border to Switzerland, but I didn’t think I would see winter. On the last day before we were to fly back to Manila, it started to snow, and I rushed out to the backyard in my pajamas and stuck my tongue out, the snow barely dusting the pine trees in the backyard of our house in the Alps.

Sitting in the living room balcony of Casa Amara and surrounded by Christmas trees as we prepare to receive our guests for the holiday season, I am brought back to Europe and that drive along Lago de Garda, when Klaus so badly wanted me to love him, to smile, to check winter off my bucket list. It was also when I realized he was the one I would spend my life with.

Klaus and I met at an ashram in India, which brought together thousands of devotees from all over the world to venerate Sai Baba, whom the Hindus call a living incarnation of God.

Years before that, when I was still working as editorial director of a book publishing company in Hong Kong, an Indian friend showed me a picture of the Swami which inexplicably made me burst into tears. I wept like a dam bursting from unshed tears, from a pain I knew and did not know.

My friend told me to keep the picture. Behind it were the words, “Come to me with empty hands,” which also meant: “Come to me when you have nothing.”

For years, the picture haunted me, even in my dreams.

I heeded the call only after my first marriage broke down and my charmed life fell apart.

After resigning from a high-paying corporate job which took me out of the country several times in a month but strained my marriage to breaking point, I felt I had nothing, because my family was everything to me.

I cushioned my two boys from the impact of the separation and put myself back together piece by piece.

I flew to India not knowing what awaited me in an unknown country, forewarned that it was impossible to make a reservation and that my admission and accommodation would depend supposedly on my karma, which I would know only upon registration.

I was flabbergasted that my booking hinged on a cosmic law, upon mortal men deciding it for me—unless the one who would decide is like God Himself, omniscient and all-knowing.

I was also told that if it was not my destiny to be in the ashram, the universe would prevent me; only those who are “called” and “chosen” by the Swami will gain admission.

I was not exactly at a spiritual point in my life, as selfish and arrogant as the next person and not confident of my chances. Yet, with nothing to lose, I took my chance.

I landed in India on a hot, sweltering afternoon in February, the beginning of summer in Bangalore, my expectations of a serene, quiet place of gentle people steeped in prayer dashed instantly by the chaotic bedlam that met me at the airport.

India was already an emerging world economic power and Bangalore a cosmopolitan megacity called the Silicon Valley of India. Commerce was the main engine of daily life, not spirituality. Or it seemed to someone like me, ignorant of India’s ways and traditions and expecting Mother Teresa of Calcutta in every Hindu.

The culture shock was immediate, and as a woman arriving alone in a strange country, hounded by a sea of men who gave me the impression they don’t listen to women, I wondered what I had gotten myself into.

I got to the ashram in the outskirts of the city. The energy palpably changed upon entering Puttapharthi, a sleepy village in the Anantapur district in the state of Andhra, which seemed to be in a state of quiet prayer.

The ashram, Prashanti Nilayam, which means “abode of peace,” astounded me. I expected a small hermitage of ramshackle structures around a makeshift pavilion, not a sprawling, modern complex almost as big as a city. The ashram has an airport, a first-class specialty hospital, dormitories for thousands of devotees, temples and educational institutions, museums and even a space center. Obviously, it was being kept alive by millions of donations.

Then came the moment of reckoning: Will there be room for me? How will the universe judge me?

There were several kinds of accommodations at the ashram: dormitories where two to 10 people share the room, or a covered shed where hundreds lie down on cardboard mats on the hot pavement and share common bathrooms. If you are refused admission or don’t like the accommodations you get, you have no choice but to book a hotel room outside the ashram complex. The disciples would tell you upon registration.

Upon arriving I fell in line at the registration area, and the line was a block long. There were two Europeans ahead of me, and I distinctly heard them being told that there was no room for them. Then it was my turn.

The young disciple behind the counter took my passport, gave it a brief, cursory look, and within two minutes told me that I would be escorted to my dormitory with my luggage. I was charged the equivalent of P2,000 for my registration, accommodations and food for two weeks. Just like that.

I shared my dormitory with about five Russian women and a Japanese woman and promptly got into the daily rhythm of ashram life.

Miracles of healing, the ability to grant personal requests and petitions, resurrection, clairvoyance, bilocation had been attributed to Sai Baba.

Over the years he attracted India’s rich and powerful, among them prime ministers, top industrialists and Bollywood superstars. Through his Sathya Sai Organization, which was established to enable its members to undertake service as a means to spiritual advancement, he established a network of free hospitals, clinics, drinking water projects, auditoriums, ashrams and schools.

Yet for all his philanthropy, controversy hounded him up to his death in April 2011, with critics calling him a fraud and questioning his financial success and citing alleged cases of sexual abuse and murder.

To be fair, all Indian gurus have been criticized in India for supposedly encouraging superstition over reason, such that it was hard to sift the truth from the untruth.

I read all that even before my trip, but ultimately the call within was so powerful that I had no choice but to go. When I was admitted, it seemed to me, against all odds, I called on all my powers of spiritual discernment to discover the reason for my presence there.

On occasions when the Swami appeared, it seemed like he was looking straight at me and through me. He preached messages of love, humility, selfless service, kindness and compassion around his main philosophy: Love all. Serve all. Help ever. Hurt never.

The lessons were beautifully expounded in the books he wrote for his followers and which vibrated with such spiritual energy I was strengthened just by reading them.

As I sat there for hours, I found myself slowly changing, my pride and skepticism slowly melting and being replaced by humility and belief.

He may not have been as pure as the driven snow, but the lessons he taught rang with so much beauty, clarity, purity and sincerity that I found my heart getting filled with love—for God, for humanity, for myself.

Then I met Klaus.

Why did I cry at the mere sight of Sai Baba’s picture? Why did he call me to India and soften my heart?

The ashram was the last place I expected to meet my second husband. Prayer, meditation, devotional chanting and singing were the main focus in the ashram, such that men and women, except for husbands and wives, were segregated and prohibited from mingling.

We were, however, allowed to go out of the ashram for day excursions, and on one such excursion, I met Klaus, a German who was also soul searching.

I was never attracted to Westerners, but I could almost swear that after meeting Klaus, I heard an inner voice, the sweet voice of Sai Baba, saying to me in a whisper, “There’s your husband.”

The idea was so preposterous that I found myself running away and rejecting his advances. My last shred of rationality rejected the thought that I was in India to meet Klaus, especially not so soon after the breakup of my first marriage.

But Klaus proved to be stubborn, following me back to Manila two weeks after we separated in India, and visiting me every month thereafter. He said he would like to visit even as a friend, and that proved to be my downfall. Soon my feelings for him developed, ripened by his patience and persistence.

He proposed marriage in Venice, and I accepted. From our mutual, mad love for God that grew into love for each other, Casa Amara, named after the Sanskrit word for love and built with love and for love, was born.