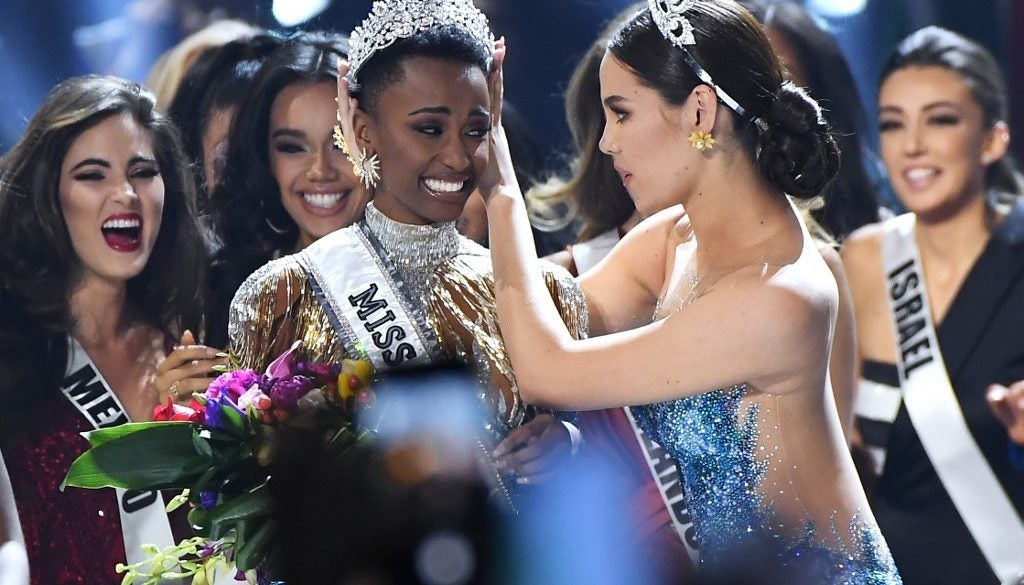 American host Steve Harvey once again flirted with controversy on the Miss Universe stage, this time with the announcement of the best in national costume during the final show staged at the Tyler Perry Studios in Atlanta, Georgia, in the United States on Sunday (Monday in Manila).

Reading off a teleprompter, Harvey declared Miss Philippines Gazini Ganados the winner, with a photograph of her flashed on the screen.

The confusion was stirred by the presence of Malaysia’s Shweta Sekhon beside Harvey as the camera panned to her.

Sekhon had just explained to the host her Peranakan cuisine-inspired national costume.

She then told Harvey, “It’s not Philippines. It’s Malaysia.”

But it looked like Harvey announced the right winner. This was confirmed later by the Twitter post of the Miss Universe Organization that read, “@IAmSteveHarvey had it right. Miss Universe Philippines Gazini Ganados is the winner of the #MissUniverse2019 National Costume competition. Congratulations Gazini!”

The American host, who has presented the global tilt for five straight years now, milked the moment and blamed the teleprompter for the same “mistake”he had been trying not to commit.

This brought back memories of his guffaw in 2015 when he mistakenly announced Colombia’s Ariadna Gutierrez as Miss Universe instead of the rightful winner, Pia Wurtzbach of the Philippines.

During the national costume show held at Marriott Marquis Hotel in Atlanta on Friday (Saturday in Manila), Ganados wore an intricately detailed dress designed by Cebu-based Cary Santiago, with life-sized renditions of the Philippine eagle resting on stylized branches propped on each of her shoulders.

Dubai-based Filipino designer Michael Cinco, whose works have been featured in the reality competition “America’s Next Top Model,” heaped praise on Santiago’s masterpiece, declaring it “haute couture.”

Ganados said of her costume: “There is an eagle within me that wants to soar.”

“It is with deep honor to showcase our national pride during the Miss Universe National costume show, the Philippine Eagle whose strength, power and love for freedom exemplifies the Filipino people,”she added.

The last time a Filipino candidate received the costume award was during the Philippines’ hosting of the Miss Universe pageant in 1994. Charlene Gonzalez’s dress was created by the late Pitoy Moreno using native t’nalak fabric, a Bagobo belt and a Higaonon headpiece.

Ganados, who went to the competition carrying the advocacy of elderly care, failed to secure back-to-back victories for the Philippines, a feat only accomplished by Venezuela in 2008 and 2009.

The nursing graduate did not get one of the five spots allocated for delegates from Africa and the Asia-Pacific region in the Top 20, but she advanced to the second round of the competition through one of the Final Five slots.

After the casual interview of each of the Top 20 semifinalists and a round of “opening statements,”the field was narrowed to 10. Ganados missed the cut.

At the end of the three-hour spectacle, last year’s winner Catriona Gray relinquished her title to 26-year-old Zozibini Tunzi from South Africa.

Before handing over the crown, Gray said she had already made “postreign” plans.

“I’m definitely going to continue the work that I’m doing and getting involved in different communities, not just in the Philippines, giving back, but also to other communities around the world,”Gray said last month.

“It’s really the work that I love doing that fulfilled me as a person,”said the fourth Filipino woman to wear the Miss Universe crown.