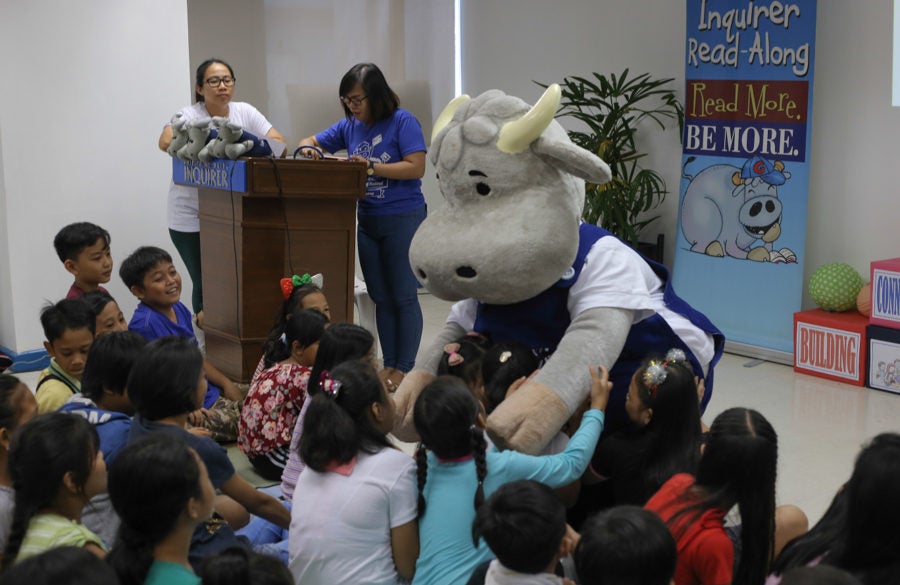 YEARENDER The last read-along session for the year was held on Saturday at the main office of Philippine Daily Inquirer in Makati City. –EARVIN PERIAS

Dizon said everyone should emulate a child’s excitement for Christmas not just once a year but every single day to realize peace in the community.

“We should always think that it is Christmas so that we will always be understanding, joyful, generous and patient. Maybe there would be fewer conflicts if we would think that it is always Jesus’ birthday,” Dizon said in Filipino.

Dizon also stressed the importance of having a leader that will guide the children in adopting the hobby of reading in the age of social media.

It was Dizon’s first time to read to a group of children, but he said he wanted to continue to instill a love for and interest in reading, especially with the children in his province.

Abacan read “Hipon and Biya,”written by Carla Pacis and illustrated by Joanne De Leon, about a shrimp and a goby fish realizing the value of each other’s friendship despite their differences.