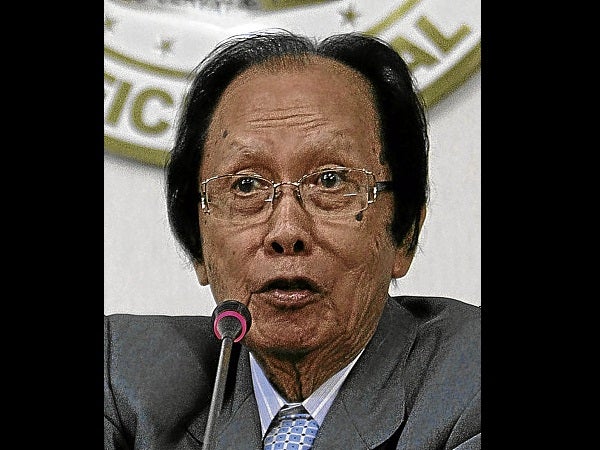 It was begging to happen.

In the long, often excruciating hours the nation spent glued to the boob tube, watching the Corona impeachment trial drama unfold, it was only a matter of time before people’s interest got swayed from the more pressing issues to focus on the physical peculiarities of the trial’s protagonists.

Perhaps it’s boredom, or just classic armchair critiquing at work, but soon enough, the nation was counting the moles on the senator-judges’ mugs or taking potshots at the lawyers’ hair—or lack of it—in social networks.

This isn’t unique to Filipinos. The grooming of public figures is heavily scrutinized and discussed everywhere—what it says about the person, what it represents, what it should mean to the people. Is s/he honest, dependable, hardworking, a control freak, or a total loony? It’s unbelievable what pundits can read into one’s haircut alone.

Last week, the New York Times ran an article devoted to the shellacked perfection of Callista Gingrich’s platinum bob. Gingrich is wife of Newt, the Republican presidential hopeful. Bill Clinton was butchered when it was reported that four runways in Los Angeles International Airport were closed so he could get a $200 haircut on Air Force One. John Edwards somewhat trumped that when it made news that his own haircut cost $400.

Back here, the defense panel’s Serafin Cuevas was quickly likened to Mr. Burns, the villain in the long-running animated show “The Simpsons,” with Facebook images of the lawyer shown alongside that of the cartoon character. They both have receding hairlines. Whether the similarity extends to the antagonist part in people’s minds is, however, up for debate.

Then there’s Senate President Juan Ponce Enrile whose hair, at age 88, is as we—and, surely, our parents—remember it as kids: jet-black. He and his locks seem to defy age. Ditto for Chief Justice Renato Corona who, if his gray-hair-free head (at least from our perch) is anything to go by, is unperturbed by the case against him. (His wife, Cristina, however, tells another story: The trial has taken its toll on the woman. She looks to have missed a salon appointment or two, as her hair color looks sorely overdue for a touch-up.)

Both are a stark contrast to Senator-judges Francis Pangilinan and Gregorio Honasan, who have embraced their salt-and-pepper hair. Gray hair means wisdom, that seems to be their message.

The likes of Rep. Niel Tupas Jr., who wears his hair in a goofy center part—Cachupoy, some have called it, referring to the ’80s comedian—are just asking for it. His is a grooming misstep that’s arguably as bad as his blunders in the impeachment court. It spells sloppy.

Then there’s Sen. Tito Sotto’s meticulously styled facial hair. Is he jumping to a different movie genre, perhaps, and auditioning for a contravida role in an action caper? To be fair, it’s quite a step up from his regular pa-macho mustache, though possibly no more becoming than his fellow actor-senator Lito Lapid’s widow’s peak.

How could one possibly miss the above-average good looks of Karen Jimeno of the defense, with shampoo-ad-worthy, long, pin-straight locks, or the prosecution’s Miro Quimbo, who has a bit of a faux-hawk going on in his neatly shorn head?

It’s also hard to ignore the support cast, er, witnesses: there was Megaworld’s Giovanni Ng and his K-pop-ish ’do, and PSBank’s Anabelle Tiongson’s salon-styled mane that could rival Jimeno’s.

Some of the male senator-judges also look to have relationships with certain hair gunks. The boyish-looking Sen. Francis Escudero has his close-cropped cut gelled to style at the front. We’d venture a guess: It’s old-school pomade on the more senior senators.

Then, of course, there’s Sen. Panfilo Lacson, the unabashed poster boy for grooming and once-endorser of men’s beautification. Does it make him less of a man or an ineffective lawmaker? The macho-image senator certainly didn’t think so. “Every person is vain,” he once said, “the others just don’t want to admit it.”

And perhaps they should. The hair pundits are watching.