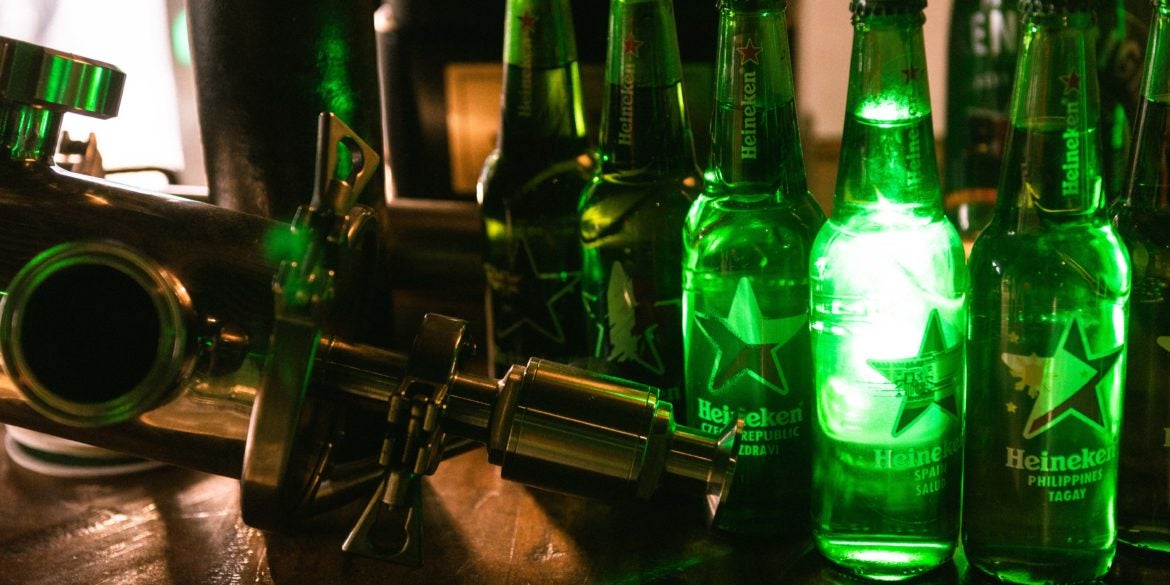 Heineken celebrates how ‘everything converges’ at Verde

Verde (where Mulligan’s Irish bar used to be) is a pub with DJs, a gallery and a venue for parties like the one hosted by Heineken Philippines.

“Poblacion is the hippest backdrop of the coolest events in Manila, so when we had the opportunity to cobrand Verde bar, we took the chance to bring Heineken’s world-class experiences to Filipinos,” said Heineken group marketing manager Christian Aguilar. “This is where cultural trends are being birthed, and where we want to strengthen our community.”

Lumanog said Poblacion is where “everything converges”; it is the melting pot of people from Rockwell’s richest to Burgos’ red light district entertainers. He admitted that parking in Poblacion sucks, but that shouldn’t discourage people—especially introverts—to go. “Pregame somewhere and just come after dinner, it’s better around 9:30 p.m.”

Growing up with a curfew until he was 20, “DJ Euric” spins at Poblacion bars until early morning. He likes the laid-back comfort of the place. “You can come in shorts,” he said. “I understand that girls feel sexy in heels, but wearing nice sneakers, such as an Air Force 1 can be as sexy as a six-inch stiletto.”

Lumanog added it’s never too late early to party, and actually promotes punctuality: “Fashionably late is no longer fashionable.”Thorp, who comanages Nic’s café in Makati, encourages diners to go beyond the “basic” Poblacion. “Go to the back areas that seem dingy, there can be a speakeasy; an office space can hold art exhibits at night, too.” She also suggested exploring Poblacion’s tourism potential.

“It’s the place to bring foreign guests who are seeing Manila for the first time. You can go to one spot to eat, then to another to have beer,” Thorp said. “There are different gimmicks you won’t find anywhere else in the Philippines: You can dance, buy balut, buy roses for your girl at the same place.”

Thorp’s tip to fellow bar owners: “You know you made it in Poblacion when vendors start selling balloons outside your bar.”

Gonzalez said Poblacion has grown to be the home of independent artists and brands, and the best thing is that “it doesn’t feel like competition.”

“The establishments complement each other,” Gonzalez explained. The Heineken video highlighted the camaraderie, featuring not just Verde bar, but also Poblacion hangouts such as Kartel Rooftop Bar, Wantusawa oysters and Commune café.

As a filmmaker, Gonzalez said meeting and featuring friends in Poblacion “opened the scene” for him.

So the next time you feel like staying in bed and someone asks you to go to Poblacion, listen to Gonzalez: “Go out. Just see what happens, and enjoy it.” And the best to chill? With a bottle of Heineken at Verde.