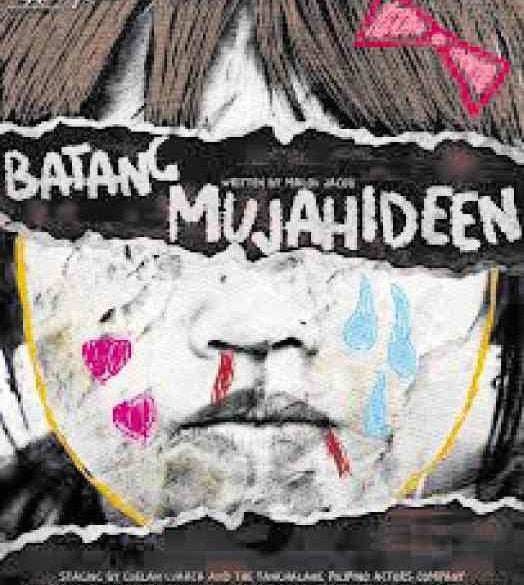 ‘Batang Mujahideen’ could be Malou Jacob’s most compelling work 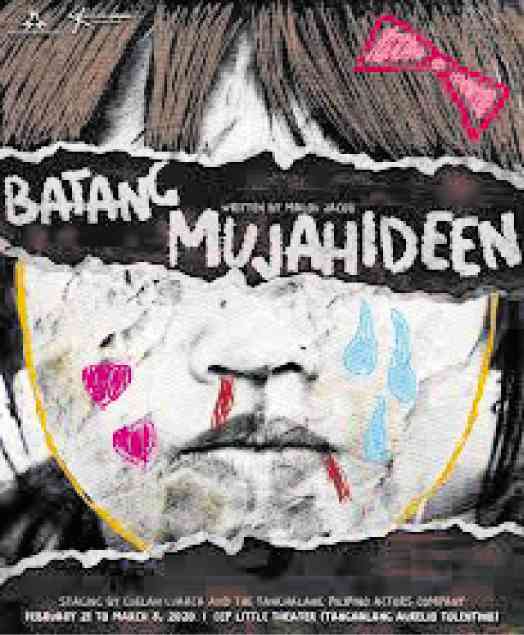 Malou Jacob, an alumna of the Philippine Educational Theater Association, is one of the country’s leading playwrights whose works grapple with sociopolitical issues such as “Juan Tamban,” “Macli-ing,” and “Anatomiya ng Korupsyon.”

Now the Baguio-based dramatist has written what may well be her most compelling play, “Batang Mujahideen.”

In an interview, Jacob said: “I experimented with and wrote a dance drama by unfolding the journey of an imaginary tribal child who has been chosen by the Abus to be perfect as a child warrior (a girl) after witnessing the torture and death of her father at the hands of Christian paramilitary.”

She added: “I used four musical forms—moro-moro, senakulo, pangalay, kundiman and rap within the framework of Brechtian theater.”

“Batang Mujahideen” will be presented by Tanghalang Pilipino (TP), resident drama group of the Cultural Center of Philippines (CCP), at the CCP’s Tanghalang Aurelio Tolentino from Feb. 15 to March 21.

Direction is by Guelan Luarca, artistic director of Tanghalang Ateneo.

“‘Batang Mujahideen’ will feature all of TP’s Actors’ Company with one guest actor, a young Muslim girl from the Ateneo,” said TP artistic director Nanding Josef.

“Since Guelan’s approach is experimental, all the actors will play the role of Batang Mujahideen at one time or another.”

The pivotal character is the child Fatima, a Yakan who witnesses the killing of her father by the paramilitary in a double dance scene.

Later, summoned by the blind babaylan (priestess), her father’s spirit tells her not to feel guilty about being unable to prevent his killing, and to forgive.

But she reacts violently and screams that she will avenge his death.

The Abu Sayyaf terrorists then take over. The character of Janjalani trains Fatima (now Al Mustafa) to become a jihadist, a holy warrior.

“Religion should not be a point of conflict,” declared Jacob. “In fact, it could be a point of unity because all religions have the same aim: goodness, love, peace, equality, justice. But we always have to be on guard that God/Yaweh/Allah is not misused. The fundamentalists of all religions manipulate religion to serve their ends.”