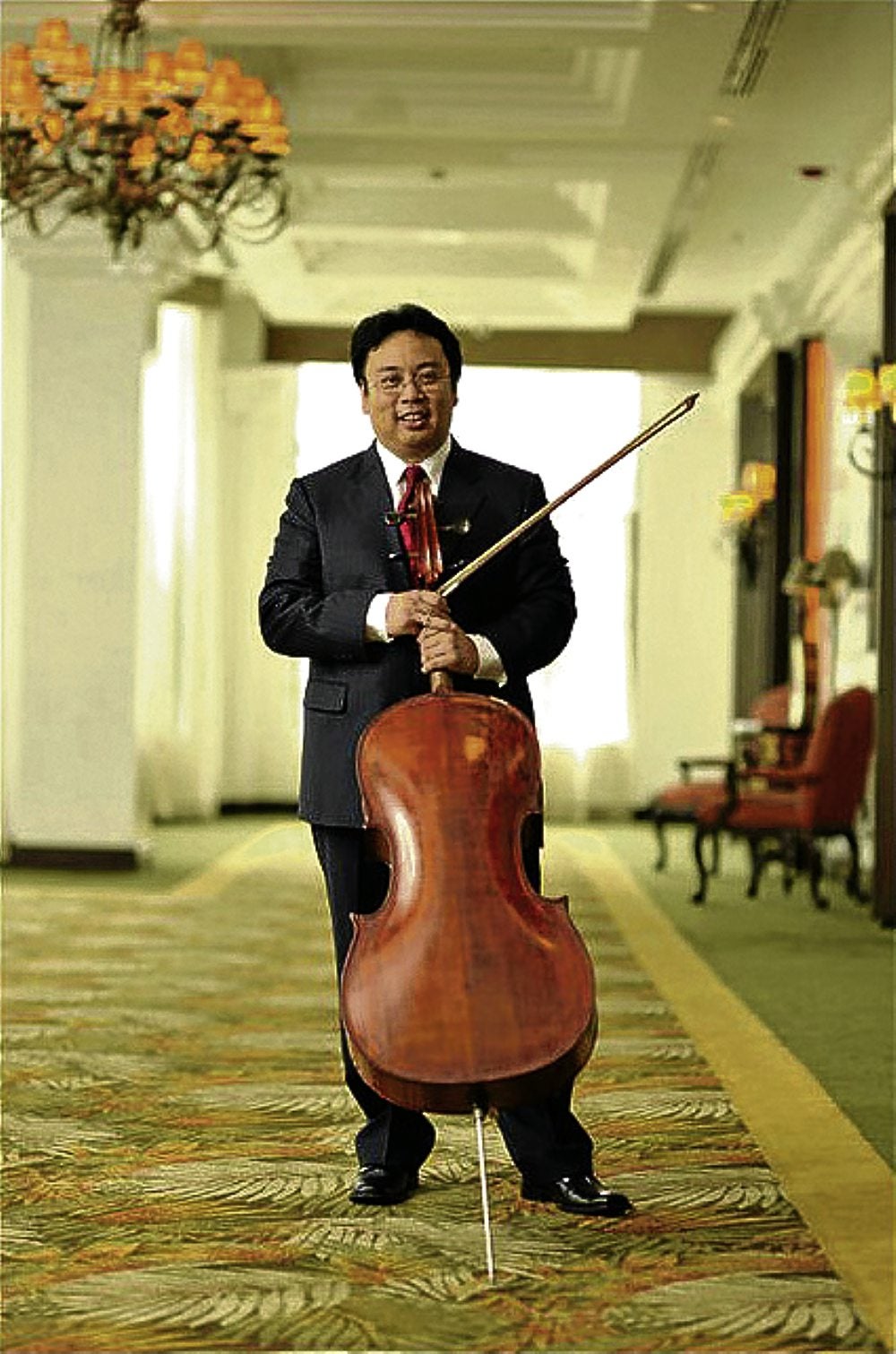 The chamber music event of the week is the performance of  Arensky’s  Piano Trio No. 1 and Chausson’s Concerto for  Piano, Violin and String Quartet  at the Philamlife Theater on Feb. 25,  featuring cellist Wilfredo Pasamba, violinist Gina Medina and pianist Mary Anne Espina.

Pasamba, who was given a standing ovation in his maiden appearance at the UP Balay Kalinaw Intimate Concert Series along with Espina  last year, will also team up with Cecile Licad and Lisa Macuja Elizalde in a special performance of Saint-Saens’ “The Swan” at the CCP on March 17, in a concert  also featuring Lea Salonga and Gerard Salonga’s Filharmonika.

With Pasamba’s another homecoming concert, I realize it’s been  25 years since I got personally involved with cellos and cellists.

I discovered the cello when  Licad married Brazilian cellist Antonio Meneses, a gold medalist in the Tchaikovsky Competition.

It turned out  Meneses was using a cello (it was on loan to him at that time) used by the greatest cellist of all time, Pablo Casals.

On TV many earlier, I saw Casals perform for the Kennedys in the White House. At that time, my cello IQ was nonexistent. I only knew Casals was a great cellist, but in the ’60s, I had yet to hear and even see an honest-to-goodness cello.

When Licad and Meneses opened my First International Music Festival in Baguio City in 1988 along with tenor Otoniel Gonzaga, I remember  we went back to Hyatt Hotel without the Pablo Casals cello, after a meal at Café by the Ruins. We were so overwhelmed by the food we forgot we had a super-expensive cello with us. The cello was still there when we frantically went back to the café.

Before Meneses, I recalled a CCP concert  where Russian cellist Mstislav Rostropovich received a shower of confetti after a performance of the Dvorak cello concerto in 1982. At that time, I was still a stranger to the cello and, like the way I reacted to  US First Lady Jackie Kennedy with Casals at the White House, I couldn’t figure out why Mrs. Marcos adored Rostropovich as though he were a living saint.

I was given a first-hand explanation of the significance of Rostropovich’s existence when Italian conductor Pierro Gamba told me—during a break in the rehearsal of a Saint-Saens cello concerto with Pasamba as soloist: “I conducted Rostropovich in the Dvorak concerto in Canada and, later, the Rococo Variations. At that time, there was no doubt that he was the greatest cellist alive. When I heard that he was going to lie low as a cellist and turn to conducting, I wanted to send him a telegram to say not to abandon the cello. Because as a cellist, he was sublime. He was still great but he was greater before he turned to conducting.”

Pasamba cites Casals, Rostropovich and Yo Yo Ma as cellists worthy  as role models.

He  saw Yo Yo Ma perform six Bach suites at the Tanglewood Music Festival, and  he recalled his impressions thus: “He does a lot of music exploration, which is good for the cello. However, it is his interaction with the audience  which is incredible. It is as though he was embracing the audience when he plays. He does not simply read notes. There is music in everything he does.”

In 2000, I heard Chinese-American cellist Angela Lee in an evening of Schumann, Schubert and Rachmaninoff at the Stephen’s Parish Concert Hall. In her, I saw a whiff of the artistry of the British cello legend, Jacqueline Du Pre.

It turned out that the two cellists had one thing in common: They both studied with eminent British teacher William Pleeth.

When I saw the film “Hilary & Jackie” which was based on the life of Du Pre, I knew that my love affair with the cello would go on and on.

In 2009, I  yearned to hear German cellist Alban Gerhardt and passed on the idea to the CCP. The result was a fantastic cello recital with Licad and an evening of Prokofief piano and  Shostakovich cellos concertos in one evening!

Last year, I heard a Chinese silver medalist in the Tchaikovsky Competition play with Albert Tiu.  It was sheer heaven.

When I hear Pasamba  again on Feb. 25 at  Philamlife Theater and with Licad and Macuja on March 17—I shall have come full circle from an ignorant cello observer to a fanatic cello lover.

Licad is the latest attraction of the First Samar International Music Festival on  March 24 at  Ciriaco Hotel in Calbayog City.