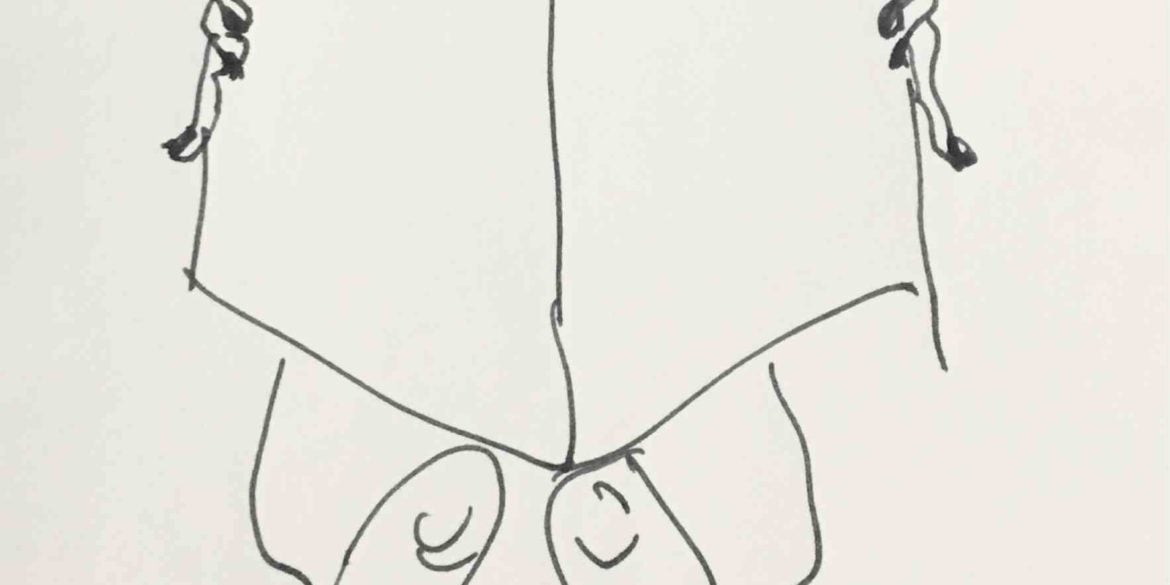 I’ve always had a soft spot for the royal family. The irony is I’ve never visited London, let alone the queen. Twice, already in Europe, I had my chance but a royal wedding each time, first Margaret’s and then Charles’, crowded me out. Hotels were fully booked, and I didn’t want the hassle.

I thought there would always be another chance, but didn’t know it would take this long. I’m finally going to London in May, staying for a few days before traveling on. It won’t be the first time for Vergel. He has been there, worked briefly there.

Royals have my sympathy, including some form of loyalty, albeit misplaced and unsolicited. I’m not exactly obsessed, but I admit to a healthy fascination. I tend to be enamored of royal romances. I feel protective of people who by bloodline or marriage have no choice but to keep within certain traditions and standards of behavior, or suffer ruin or condemnation or humiliation, like King Edward VIII, the Duke of Windsor, who abdicated in favor of his brother, the present Queen’s father, George V.

Royalty simply could not abide by Edward’s romance with a divorcée twice over, not to mention a loud commoner. He never regained his stature after being found out to have later committed treasonous acts by consorting with Hitler.

Most recently the younger prince, Andrew, has been linked to Jeffrey Epstein, the American who committed suicide while in detention on sex charges. Indeed, the royal family has survived many scandals of different forms, and would probably survive this one, too, thanks mostly to the impeccable comportment of the long-reigning Queen Elizabeth.

Oftentimes, the noble and titled can be laughable, too, in their uppity and snobbish habits. The actress Maggie Smith, in her role as the Dowager Countess of Grantham in the British period drama “Downton Abbey,” pulled it off with endearing finesse and delicate humor. I also happen to love British humor.

If anyone lives in a glass house, it’s the royals, under constant scrutiny of the press and of people in general, which makes the hounding profitable for the former. The standards applied to royalty being impossibly high, you could say they are almost doomed to fail.

I like to watch the royals, but I also prefer their unique mystery retained. To me they are characters in a saga that is in itself history. The familiarity of watching them on Netflix does not at all breed contempt in me. The Netflix series “The Crown,” in particular, is instructive of contemporary times and of times a little further back, history to which our generation somehow has a sense of connection, having been born from it and actually lived a good part of it .

The series gives bold judgments on royal characters. I like that. I was most intrigued by the Britons’ oxymoronic system of government (monarchical democracy), the parliamentary debates, the succession of prime ministers, for whom, in their varying, even contrasting, styles of leadership, one thing has been constant: total deference to the crown, in these times to the queen, who at 93, must have dealt with more of them than any other king or queen before her.

Watching “The Crown”—I am not yet done and have no intention of skipping or watching with any less enthusiasm—has only increased my curiosity and appreciation of the present royalty, especially since I knew so little of Prince Phillip and even less of the character of the young Charles. Some historical characters are not treated kindly; Charles himself is one, and even the American Kennedys are included.

Every so often the relevance of the royals in these modern times is brought up. Questioned in particular is the financial sense of maintaining the royal lifestyle. When I look at my own impoverished country, with a budget of P3.662 trillion ($72.15 billion) and P4.5 billion for the President alone to spend on intelligence operations (whatever that is) and then I watch his crass behavior on TV, I think the royal family is well worth the money for the history they represent and the graciousness they show.

And to think they are observed microscopically. A simple smile from the queen could be taken as approval, making it a luxury she cannot indulge in unthinkingly. In fact, she must be aware of her every public act, every word, every facial expression. The safest expression is a stern, unsmiling, wooden one. The irony is they’d like nothing better than to be just like you and me; alas, they are not free to do as they please.

Well, until Meghan and Harry, that is.

As fascinated as I am about them, I wouldn’t trade places. They are about appearances, pageantry. If they have to fulfil duties, these are mostly ceremonial. Once in while they have curious epiphanies. Phillip’s childlike awe of the first three astronauts who landed on the moon, Neil Armstrong, Buzz Aldrin and Michael Collins, is quickly dissipated when he comes face to face with them. Like a boy who finds out there’s no Santa Claus, he naively realizes they are not gods, just men. The irony that escapes him is, so is he.

But, make no mistake about it: The royals are an intelligent pleasure to watch.