Learning about the ‘Ring of Fire’ | Inquirer Lifestyle ❮ ❯ 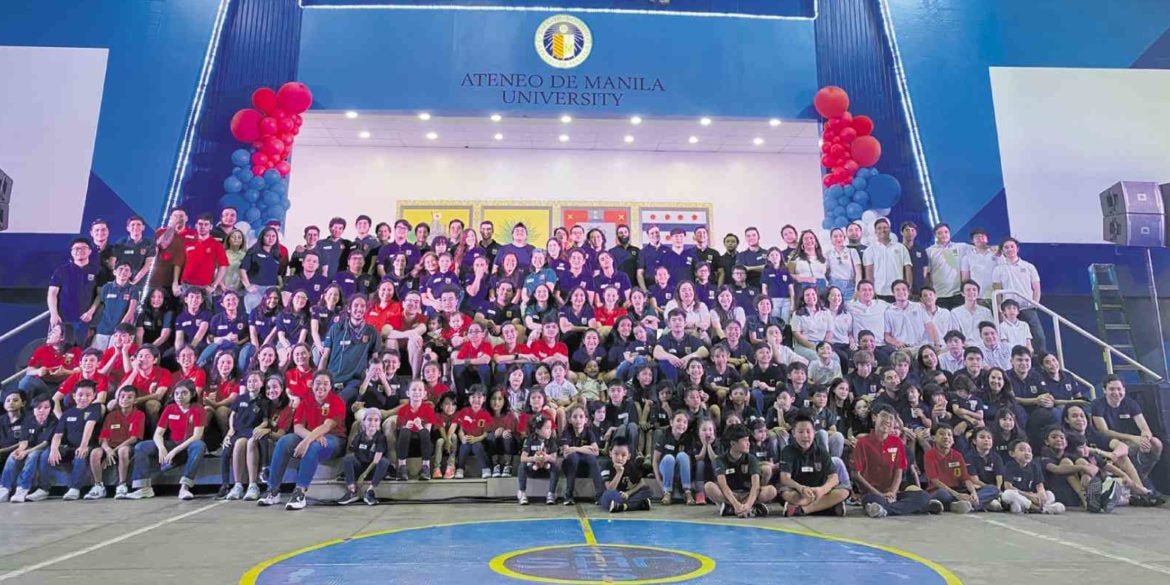 Learning about the ‘Ring of Fire’

Geography was not really a favorite subject of mine in school, but it is now, because I love to travel. Recently, I have heard much about the “Ring of Fire” and am paying attention.

The Ring of Fire, also called the Circum-Pacific Belt, is a path along the Pacific Ocean marked by active volcanoes and frequent earthquakes.

Majority of earth’s volcanic eruptions and earthquakes take place along the Ring of Fire, which stretches over 40,000 kilometers in a giant ring around the Pacific Ocean, from our country up to Japan with Mt. Fuji and its own volcanoes, across to Alaska, down to Mt. St. Helens, then California and its famous San Andreas Fault, further down to South America, then back across the Pacific to New Zealand. That then goes up to Indonesia and its famous Krakatoa and well-known earthquakes in Aceh and others, before coming back here.

Apparently, under all these are oceanic and continental plates, slipping and sliding, creating earthquakes and upwellings of magma, which find release through a volcanic outlet. More than 450 volcanoes form the Ring, and 90 percent of all earthquakes are along this path.

Tagaytay is one of my favorite local vacation spots because of its scenic views, fresh air and cool climate. As avid golfers, our family loves Tagaytay Highlands and the other courses along the ridge.

After last Sunday’s Taal Volcano eruption, we are all saddened to see the impact of the ashfall all over Tagaytay and nearby provinces.

During the Sunday eruption, we were in Tali Beach, Batangas, and actually witnessed the ash column from shore. The eruption was a horrifying contrast to the beautiful sunset. Because of all the traffic warnings, we headed home through Cavitex.

The next day, our ZBabes Zumba girls quickly mobilized relief goods and food to be sent to evacuation centers in Batangas. We also got funds from the Red Charity Gala and Assumption ’81 Foundation.

It was wonderful to see many of my relatives helping out in their own way. I reconnected with all on my father’s side of the family at the 8th Teresa dela Paz Grand Family Reunion on Jan. 5. The descendants of Teresa dela Paz hold the gathering on a quinquennial basis, or every five years.

Teresa dela Paz was a remarkable woman. Four families trace their lineage to her, rather than a male progenitor. Lola Teresa had two husbands, creating four lines: the Tuason, Legarda, Prieto and Valdes families.

She owned the fabulous Teresa dela Paz Estate, the biggest private hacienda in the country next to those of the religious orders. The estate actually consisted of two haciendas: that of Marikina and the other of Sta. Mesa, both of which belonged to the family of her first husband, Don Jose Severo Tuason.

From that clan, I come from the Prieto branch. Even if my hubby Dennis’ surname is Valdes, we are not related through Doña Teresa. His Valdes has Kapampangan roots.

Of course, we have yet to find out if some great-grandfather of his may have begat either Don Vicente or Dr. Benito Valdes, and if so, then I guess we are kissing cousins, after all.

Organizing the reunion is always fun because I get to reconnect with fourth and fifth generation cousins. I am grateful to the organizing committee, especially Jojo Guingona, Luli Arroyo-Bernas and Cristina Tuason-Gonzalez of the Demetrio Tuason branch, Bettina Quimson del Rosario of the Juan Tuason branch, Bingbing Gonzalez-Quiros and Gela B. Trillana of the Mutti Tuason branch, Katrina Legarda and Suzette L. Montinola of the Legarda branch, Rose Marie Valdes-Villareal and Monique N. Legarda of the Valdes branch, and Maya A. Santiago and Pilar P. Lorenzo of the Prieto branch.

Big thanks to cousin Dina A. Tantoco for arranging the cute dance of the youngest relatives and to BJ delos Santos and Pep Santos of the sports committee!

Among the young, sixth generation descendants is our daughter Jordan, who is celebrating her 22nd birthday today. She is off on a college trip to India, but we wish her the best birthday ever!

Ohana means family. And I’m so delighted to be in this wonderful Teresa dela Paz clan!