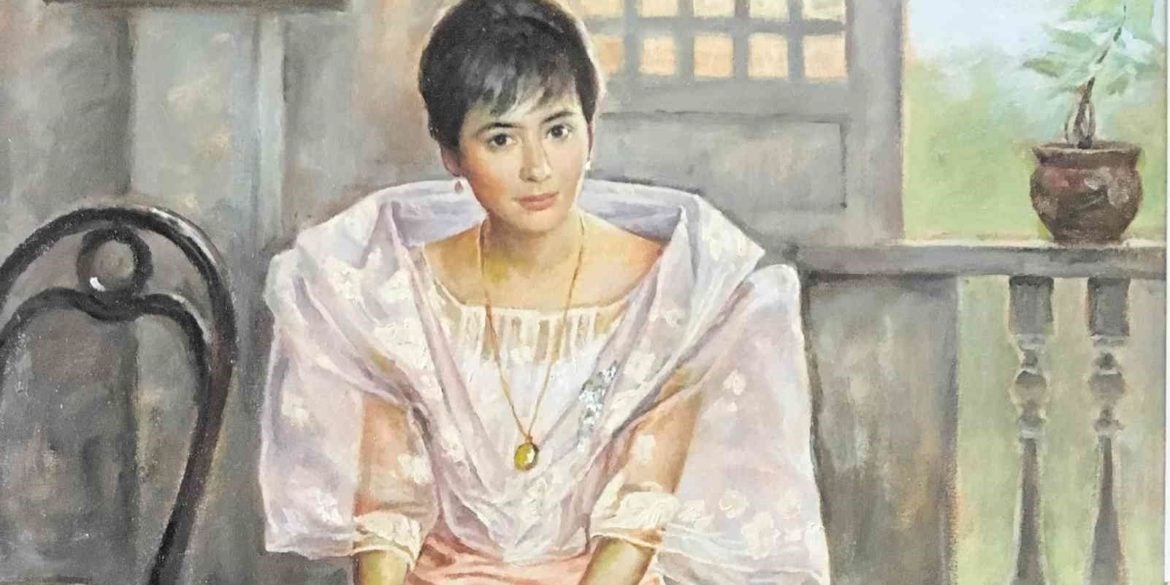 Fifteen of his distinctive artworks will be on exhibit at Ternocon 2020 on Jan. 26 at the Bulwagang Nicanor Abelardo of the Cultural Center of the Philippines.

“I feel very comfortable with these past eras,” says the artist. “I was brought up by my grandmother, Loreto Pereira Del Casal, and she’d tell me stories of how it was before the war. I was very lucky to have had her.”

He adds: “At that time, people really dressed up—at least the upper classes. They would wear their best on Sundays, and even just to go to cinema, they would dress up. People were more aware of how they looked in public.”

Del Casal’s grandmother was the sister of the painter Jose Pereira, who was chief illustrator for the Philippines Free Press during the Commonwealth.

Del Casal’s own pathway to art, however, was a bit more unconventional.

“I’m self-taught,” he says. “When I was 11, there was a shift in my drawing—I can’t explain it. I started drawing with more mature hands.”

At one point, he audited a class at the University of the Philippines College of Fine Arts being taught by Jose Joya, and was not impressed.

Instead, Del Casal apprenticed with future National Artist for Theater Design Salvador Bernal, a one-of-a-kind education. It was the mid-1970s, and “Badong” was designing all the sets for the Cultural Center of the Philippines’ theatrical productions. He also worked with major film studios.

“I did his portrait in oil, which was the first big portrait I did,” recalls Del Casal. “When I was 21 he recommended me to the production designer for [the Lino Brocka film] ‘Gumising Ka, Maruja.’ I painted a full-length portrait of Susan Roces, in period dress, four feet by seven. Badong was happy with it, which is something because he was not given to praise.”

Bernal’s teaching method for his apprentices was just the opposite. He would critique their work mercilessly while praising them behind their back. This kept them on their toes.

In 1989, Bernal urged Del Casal to attend a monthlong seminar at the CCP on “Anatomy for Artists.”

The teacher turned out to be Eric Hebborn, the greatest art forger of modern times. (He was murdered in Italy seven years later, the theory is by the mafia, said to be his main client).

“He was a sculptor in the style of Rodin and a member of the British Academy, but he was disgusted with his lack of success, so he turned to art forgery,” recalls Del Casal.

“But he was an excellent art teacher. We compressed four years into one month. He would look at your work, and tell you what was wrong with it. If your teacher is that good, you had to do your best. There were 30 of us when we started, and by the end there were only six of us. So it was a good thing that Badong insisted.”

Apart from commissioned portraits, for which he is much in demand, Del Casal does a lot of design work for the Church: stained-glass windows, altar pieces, vestments.

It’s an art practice very far removed from today’s contemporary art scene, but it wouldn’t have been out of place in the Golden Age of the terno.