WATCH: Billie Eilish begging not to win "Album of the Year" | Inquirer Lifestyle 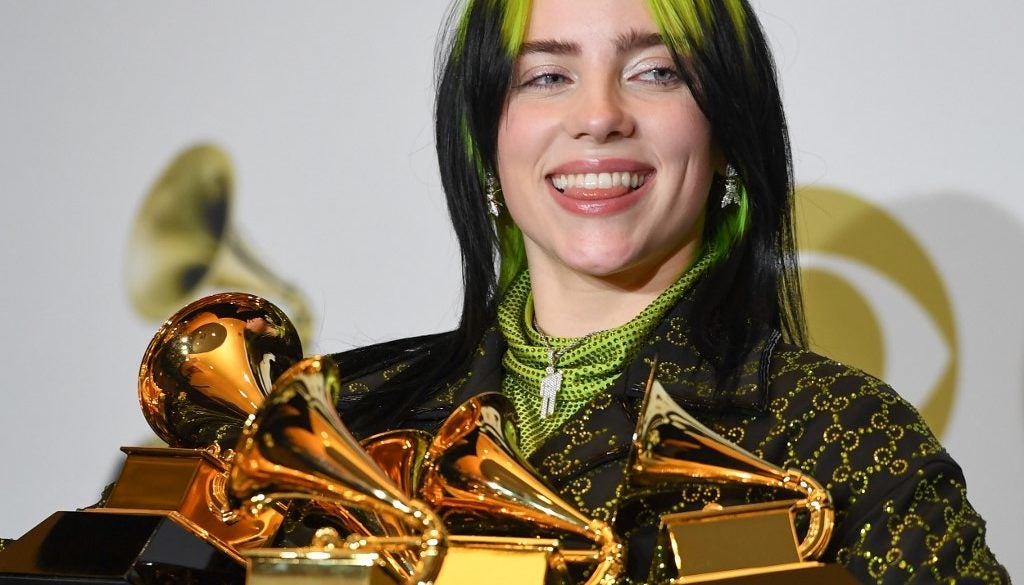 US singer-songwriter Billie Eilish poses in the press room with the awards for Album Of The Year, Record Of The Year, Best New Artist, Song Of The Year and Best Pop Vocal Album during the 62nd Annual Grammy Awards on January 26, 2020, in Los Angeles. (Photo by Frederic J. BROWN / AFP)

WATCH: Billie Eilish begging not to win “Album of the Year”

Spot the “bad guy” singer as says, “Please don’t be me. Please” seconds before her name was called out as the winner. Billie Eilish beat out Bon Iver, Lana Del Rey, Ariana Grande, Lil Nas X, H.E.R, and Vampire Weekend for the accolade.

If you missed it, here it is again.

Billie Eilish being genuinely disgusted by her own success is one of the most hilarious things I’ve ever seen at a major awards show. #Grammys pic.twitter.com/A7iSCVta2N

Billie’s disbelief and denial continued as she shushed the crowd cheering for her. In her acceptance speech, she said, “Can I just say that Ariana Grande deserves this?” Looking at the “7 Rings” songstress, Billie went on, “‘ thank u, next'” got me through some shit.”

Billie has been open about her struggle with dealing with fame. When she first started, she was even hesitant to call her supporters “fans.” Listen to her talk about it to ‘Vanity Fair‘ below.

You know that feeling when the teacher is calling out names for recitation, and you wish you don’t get called? Low-key that may be the closest emotion have so we can empathize with Billie.