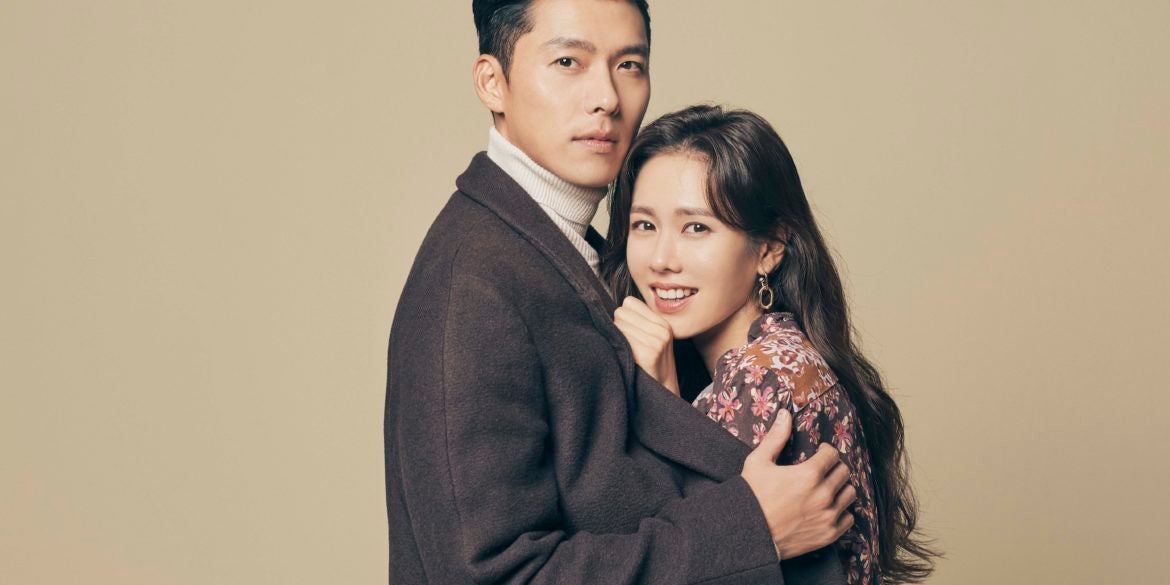 10 romantic K-dramas to binge-watch on Valentine’s

For your safety, avoid crowded places on Valentine’s weekend. Stay at home, bring out the chocolates and experience romance by bingeing on these K­-dramas.

They had to make the pretty Lee Sung­kyung into an average looking Kim Bok­joo. The model-turned-actress even
had to put on some weight to look the part of a weightlifter. This was what made the drama refreshing. Bok­joo does not fall under the determined young woman who works her way into a man’s heart trope. She is chased by a dreamy
jock right from the start. The chemistry of Sung­kyung and Nam Joo-hyuk is off the charts. We found out later that those surprise kisses on screen were real. The two couldn’t keep their hands off each other while shooting. They revealed they were dating, though they eventually broke up.

The drama has an interesting premise. The characters in a popular webtoon are alive and humans can cross over
to their world. Lee Jong­suk is Kang Chul, the handsome and powerful protagonist whose own creator wants him dead, while Han Hyo-joo plays Yeon-joo, his savior from the real world. The two clumsily navigate the virtual and real world. They start off distrusting each other but end up relying on each other.

Ji Chang­-wook Philippines recommends “Healer” as the starter drama if you want to get to know the actor. This romance­-thriller pairs him with fan favorite Park Min­young. Ji is the Healer, a man who makes a living by accepting
dangerous missions in exchange for cash. His main goal is to earn enough cash so he could retire on an island. That plan changes when he meets Young-shin (Minyoung). He starts protecting her when he realizes that she’s connected to his father’s death. He also ends up falling for her. This drama proves that there is more to Ji’s pretty face.

O-ho! The crown prince escapes an ambush and suffers from amnesia. A commoner saves and adopts him on the condition that he marries his daughter. A royal decree by the prince dictates that all eligible men and women
should marry or they’ll be punished with lashings. Thus the contract marriage between him and Hong Shim begins. Many people started watching this drama because EXO’s Do Kyung-soo is the prince. They stayed because it’s a
truly entertaining series.

Lee Seung­gi plays the role of Son Oh­gong, a Monkey King whose powers are sealed because of his pride and
naughtiness. He learns that he needs to drink the blood

of the Samjang named Seon-mi (Oh Yeon-seo) to get his powers back. He finds out that the Samjang is actually the child he promised to protect years ago. Thus, he ends up protecting her rather than killing her.

The constant push and pull between Seon-mi and Oh-gong is funny to watch. Then there are also ghosts, spirits, zombies and other gods that keep you addicted.

You might think this drama is “Boys Over Flowers” all over again. The lead Lee Min-ho plays Kim Tan who is extremely rich. His best friend and rival is Kim Woo-bin who plays Choi Young-do. Then they have Park Shin-hye as the poor girl Cha Eun-sang in between. There’s shameless display of power and wealth, but the similarities to F4’s story end there.

The characters have more depth and the issues they deal with are darker. Its theme “If you want to wear the crown, you must bear its weight” is constantly brought up. If Kim Tan chooses love, he is gonna give up more than just his mother’s approval. He is going to lose everything. This drama has plenty of familiar faces to watch. Kim Ji-won plays the spoiled girl Rachel. There are also idols such as Krystal Jung, Kang Min-hyuk and Park Hyung-sik in supporting roles.

The tandem of Song Hye-kyo and Park Bo-gum seem odd at first. Bo-gum is close to her ex-husband Song Joong-ki. The two also have a 12-year age gap.You have to wonder how their chemistry will be.

But these seeming weaknesses become the drama’s strength. Bo-gum plays a carefree backpacker and a regular hotel employee while Hye-kyo plays the dignified hotel owner who meets him in Cuba. This is a reverse Cinderella drama.

This was Kim Soo-hyun’s last drama before entering the military. He plays Min-joon, an alien trapped on Earth for centuries. A beautiful actress Song-yi (Jun Ji-hyun) moves in the apartment next to his. He finds himself helping her in difficult predicaments despite his misgivings. Song-yi being an airhead should be annoying, but she is not. She is depicted as a lonely woman seeking solace. This drama sold out countless lipsticks and clothes that Jun wore.

There are two love stories in “Goblin,” three if you count the bromance. First, there’s Kim Shin (Gong Yoo) and Eun-tak (Kim Go-eun). Then you also have the Grim Reaper (Lee Dong-wook) and Sunny (Yoo In-na). Finally, you have the friendship of Goblin and the Grim Reaper. This is just a well-made series that follows the lives of these four people whose fates are intertwined. The problem isn’t about reciprocation of love. It’s about keeping it and holding it close when fate tries so hard to keep them apart.

South Korean heiress Se-ri (Son Ye-jin) lands on the North Korean border while paragliding. Captain Ri Jeong-hyuk (Hyun Bin) finds her. The two try different ways to send her back to the South safely—but not before they fall in love with each other.

The ongoing series continuously gets high ratings and for good reason. Both characters are strong figures who know their place.

There is no certainty that they will end up together. The fantasy romance is still trying to solve the problem of how they can be together when North and South Korea are not reunited.