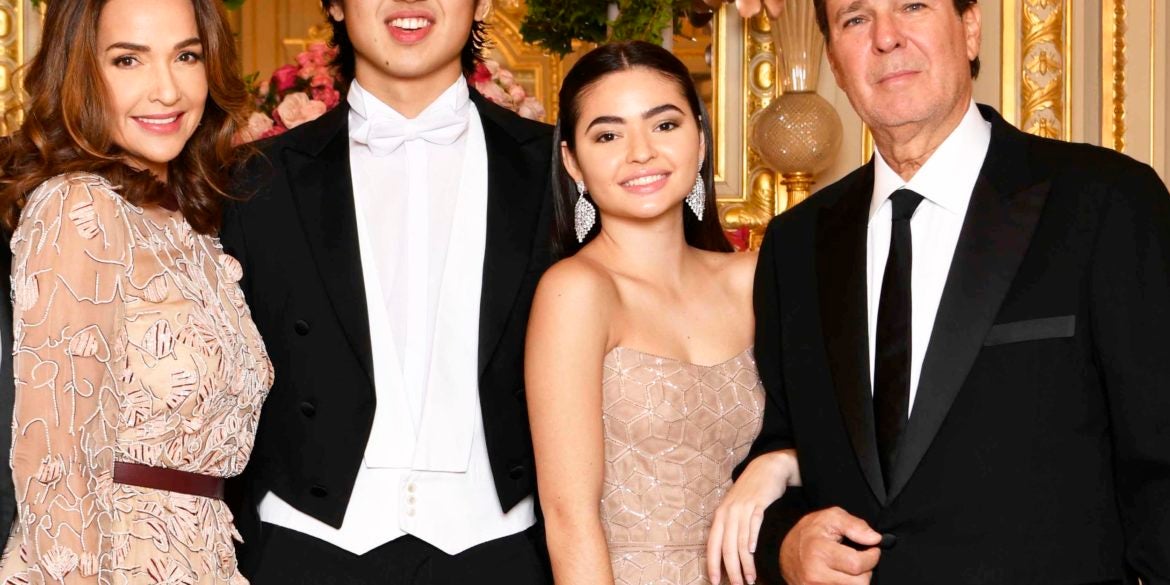 A glamorous night of couture gowns, custom jewelry, dashing men, endless dancing, and, of course, philanthropy—this is what Le Bal des Debutantes is all about.

Since 1992, Ophelie Renouard (the founder of Le Bal) has been the driving force of this most high-profile debutante ball. Le Bal is an annual by-invite-only couture event that brings together promising young ladies, age 16 to 22, from different countries and presents them to society. The ball has been raising money for two charities: the Seleni Institute, which supports teen mothers’ reproductive health and mental well-being, and Enfants d’Asie, which helps disadvantaged children in Southeast Asia (including the Philippines).

Once called the Crillon Ball, it was held at the Hotel de Crillon until 2012. In 2018, Le Bal found its new home at the Shangri-La Hotel, Paris, where it was held last November 2019 as well. The most beautiful of the Shangri-La properties, this hotel was once the home of Napoleon Bonaparte’s nephew and maintains the old-world luxury and true Parisian character now missing in many hotels in Paris. Debutantes

The Philippine representative was the beautiful and vibrant 17-year-old Rocio Mercedes Zobel, the youngest daughter of Iñigo and Maricris Zobel. Passionate about theater production and dancing, Rocio took up summer classes at Alvin Ailey in New York City, where she studied classical ballet.

“I was extremely excited to have been invited, as I had gone before to support my sister Natalia when I was much younger,” Rocio said.

Dressed in a stunning couture gown by Dutch designer Jan Taminiau, she attended the ball on the arm of her boyfriend, Marty Romualdez (son of Rep. Martin and Yedda Romualdez), who served as her cavalier for the occasion.

The night started out with cocktails at the foyer of the ballroom, and later, a formal dinner. The gilded ballroom was decorated with large pink Ecuadorian roses, which made for the perfect backdrop for the debutantes, who were called in one by one. I sat with Iñigo and Maricris, and Yvette Lhuillier Warnod, my date for the past seven Le Bals. After the presentation of the debs, we moved back to the foyer to witness the father-daughter dances. Iñigo looked like a pro and was beaming with pride as he danced with his youngest daughter.

To see more photos and to find out more about what took place at last year’s Le Bal des Debutantes, get a copy of the February 2020 issue of Tatler Philippines. And now, the pressing question: Who will be the next Le Bal debutante? I’ll be sure to let you know soon. INQ