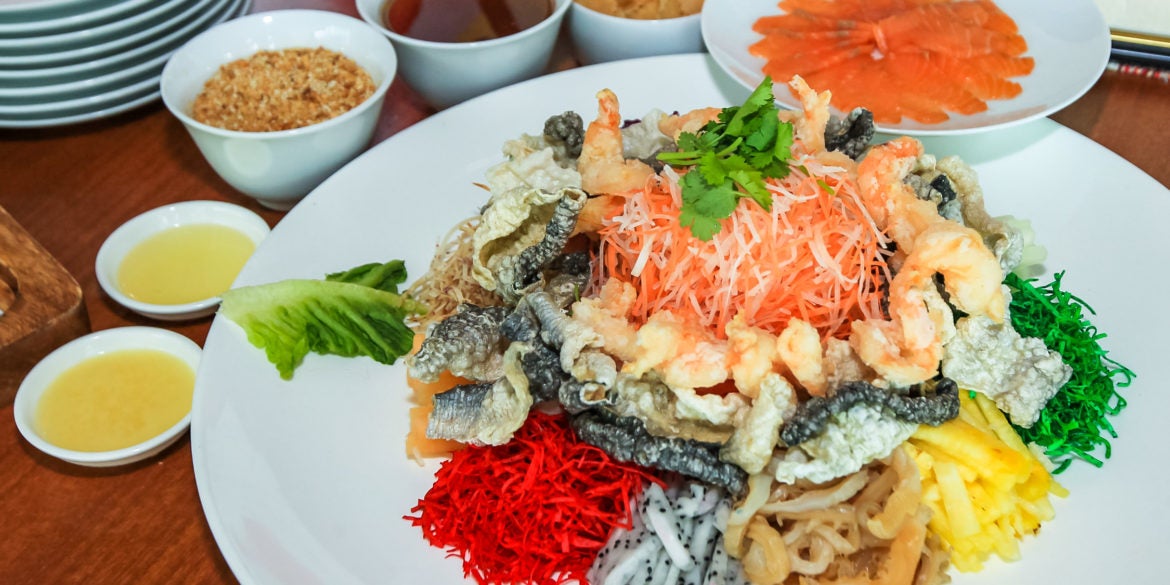 In his keynote address, Boisdron discussed Conrad Manila’s accomplishments in 2019, particularly its being named one of the best hotels in the world by Condé Nast Traveler’s Readers’ Choice Awards.

Other milestones, Boisdron added, are Conrad Manila’s third anniversary and the 100 Years of Hilton Hospitality.

“We look forward to 2020 and wish all of our guests peace, good health and fortune in the Lunar New Year,” he said.

After the festivities, executive Chinese chef Eng Yew Khor prepared a traditional yee sang or “prosperity toss”—Teochew-style raw fish salad. The dish is usually served on the eve of the Chinese Lunar New Year, and up to the 15th day after the celebrations.

Boisdron, Angeles, Calixto, Rubiano and Eng Yew Khor mixed and tossed the salad in front of the guests. The chef said that the higher the salad was tossed, the better the New Year would be for the person tossing it. And so Boisdron and the group tossed the salad higher amid cheers from the crowd.

The dessert station of the buffet spread took on an Oriental theme for the Chinese New Year. Chocolate gold coins where found everywhere. The pastries and other sweets were designed with Lunar New Year motifs. —CONTRIBUTED