A must-see: ‘Under My Skin’ is Peta’s return to form | Inquirer Lifestyle ❮ ❯ 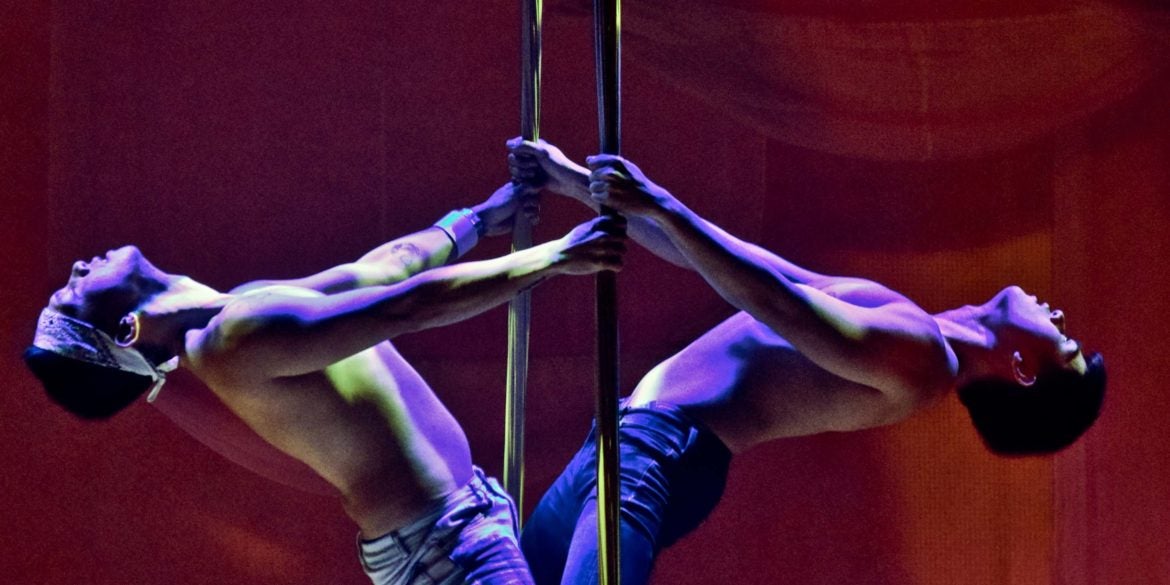 A must-see: ‘Under My Skin’ is Peta’s return to form

Rody Vera has written what may be his most accomplished original theatrical piece in years. This play knows exactly how HIV works

First things first: “Under My Skin” is indisputably a return to form for the Philippine Educational Theater Association (Peta). As a theatrical piece, it hits the mark; as an advocacy play, it is a triumph.

In the last decade, Peta has alternated between straightforward dramas and well-intended advocacies: Anton Chekov’s “The Cherry Orchard” and Marsha Norman’s “’night, Mother” vis à vis original work such as “William,” “A Game of Trolls” and “Charot!” The results, especially for the originals, haven’t always been unqualified successes.

“Under My Skin,” written by Rody Vera, tackles the HIV-AIDS crisis in the Philippines, where the current daily average of people being diagnosed with the virus is now at a distressing 36. Comparisons to such landmark plays as Larry Kramer’s “The Normal Heart,” or even Tony Kushner’s “Angels in America,” are thus inevitable.

But “Under My Skin” does its forebears one better: It has a keen awareness of its dramatic potential, but practices remarkable restraint in fulfilling that potential.

This play knows exactly how HIV works—how it exists in the casual grind of everyday life, in the silences and pauses that fill our day-to-day activities; how, despite scientific advancement and giant leaps in humanitarian action, it still exists; how, no matter the tears shed or words imparted, it will continue to exist.

A line from a key character is most essential to the point this play so intelligently, thoughtfully drives home: It is pointless to dwell on the drama. In “Under My Skin,” the impact of the virus takes not the form of grand, tear-filled moments or scenes where characters scream and shout their emotions to the heavens. There is crying and shouting, sure, but it is all done at a decibel level that is recognizably real—a reminder that the “h” in HIV stands for “human,” after all.

In positioning his play on an all-too-human plane, Vera has written what may be his most accomplished original theatrical piece in years—one that deals with the science of the story with the same superlative skill employed in its critique of the 21st-century gay community, all while weaving in and out of multiple plotlines, the characters intersecting in scenes, facts flowing alongside and even bleeding into the fiction.

And the science here, take note, is handled with such expert skill, it’s honestly breathtaking and a breath of fresh air. What Vera does in this play is the kind of pedestrian translation that most of the medical and scientific community is simply incapable of doing—the breaking down of mind-numbing facts and jargon into language at once understandable and illustrative. Witnessing Vera explain the intricate pathophysiology of HIV-AIDS—through more-than-justified breaking down of the fourth wall, no less—makes you realize what a better, and clearer, world we’d be living in now if only our scientists were also potent communicators.

Vera is greatly aided by Steven Tansiongco’s video projections—the most effective use of the medium we’ve seen since projections started to be in vogue in local theater—and Teresa Barrozo’s sound design and instrumentals, in their best moments elevating the story to the level of thriller, or late-night stand-up, or heartfelt drama. At this point, it may seem a tad greedy to ask for more—tighter direction from Melvin Lee (for the moments that feel either too loose, or too heavy-handed with the drama) or a more uniform level of performance from the ensemble (though there are standouts in Roselyn Perez, Gio Gahol, Anthony Falcon, and even Dudz Teraña, providing a “nonintermission intermission” that could have been a solo drag performance in itself).

As it is, the premiere of “Under My Skin” is still, pardon the cliché, a must-see. It aspires to a vision of a healthier world, along the way tearing down barriers both social and intellectual, while never once losing sight of the reality we’re grappling with now.

“Under My Skin” runs until March 22 at Peta Theater Center, Quezon City. ticketworld.com.ph.