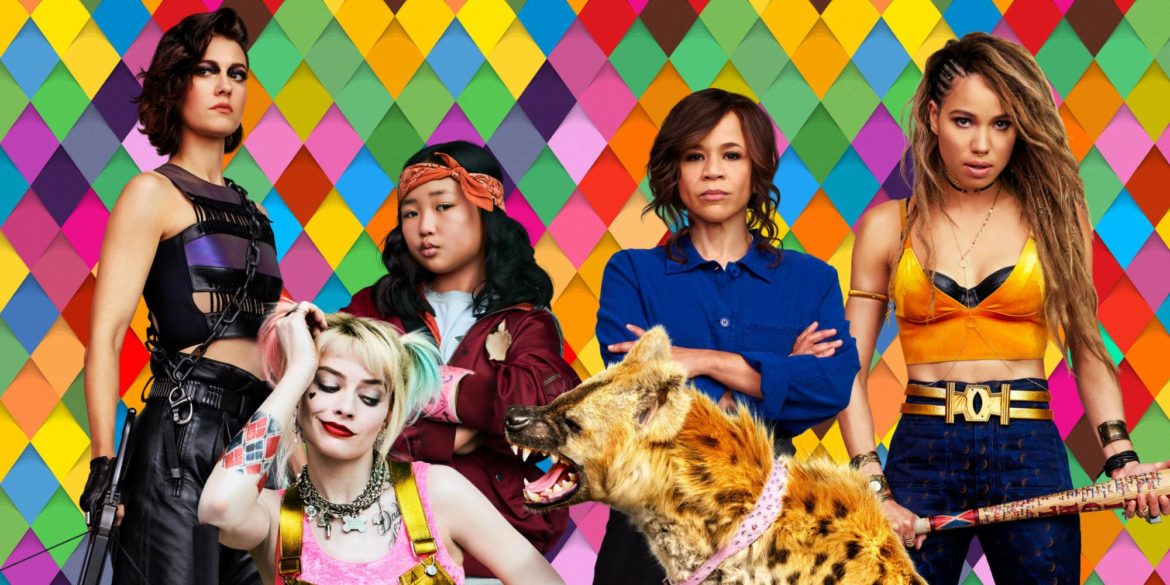 With “Birds of Prey,” the DC Extended Universe (DCEU) movies get something comparable to “Deadpool”: a funny, silly, action-filled romp that also winks at the audience. Led by Margot Robbie, the new film by Cathy Yan continues a good streak from last year’s “Shazam!”

An ensemble film, “Birds of Prey” begins with a brief intro for those unfamiliar with Robbie’s Harley Quinn. Perhaps they weren’t reading the comics, weren’t watching the cartoons, luckily missed the abysmal “Suicide Squad.” Then we find Quinn wallowing in post-breakup despair, having just ended things with Joker (they were an item, it wasn’t healthy).

Meanwhile, there’s the last decent detective on the force, Renee Montoya (Rosie Perez), trying to make a case against a local gang leader. There’s a lounge singer (Jurnee Smollett-Bell) conscripted into becoming a driver for said gang leader. There’s a crossbow-wielding vigilante (Mary Elizabeth Winstead) taking down figures in the criminal underworld. There’s a pickpocket (Ella Jay Basco) from a broken home. Within a small amount of time, all these characters’ lives will become entangled with one another. Hijinks ensue.

Yan directs “Birds of Prey” with style to spare. Bathed in day-glo technicolors, it’s the opposite of the dour Snyder films’ dour palette. She has a lot of fun with the nonlinear nature of the story as she weaves, rewinds and presents alternate viewpoints to the same scenes. There are more than a few standout sequences shot as long takes, even fight scenes, that definitely feel inspired by the John Wick school of throwing down. One crime scene investigation melts into the actual crime being investigated thanks to a lighting change. One wild night gets recapped with speeding up and slowing down the playback.

The plot might not be much, and it doesn’t need to be. It’s held together by the personalities of the characters, and the charisma of the actressses. It helps that the script is fun and funny; credit to writer Christina Hodson (“Bumblebee”), who DC seem happy with because she’s also going to be writing “Batgirl” and “The Flash.”

The way they poke fun at the “dark vigilante” trope with The Huntress drew lots of laughs. Though one nit to pick is why they bothered on using the name Cassandra Cain when the character onscreen bears so little resemblance (figuratively) to her comics inspiration. It also doesn’t have the heart of “Shazam!” but again, it’s made up for with a lot of panache and fun and action scenes that are honestly impressive in their length and creativity, almost to a fault.

Its main strength is its cast, who have fun with their roles and their stunts. Villains Black Mask (Ewan McGregor) and Zsasz (Christopher Messina) are also in on the fun; McGregor particularly looks like he enjoyed every moment he was on set. Smollett-Bell is also terrific as Dinah Lance, really the only superpowered one in the group. But Robbie continues to be the ringleader. The best thing about “Suicide Squad,” she shows here why her Harley Quinn has resonated with audiences, even for a homicidal maniac.

“Birds of Prey” is another feather in the DCEU’s cap, and with Robbie producing, it wouldn’t do DC harm if they put her in charge of some of the other films in their lineup.