Some awards are more precious than others | Inquirer Lifestyle 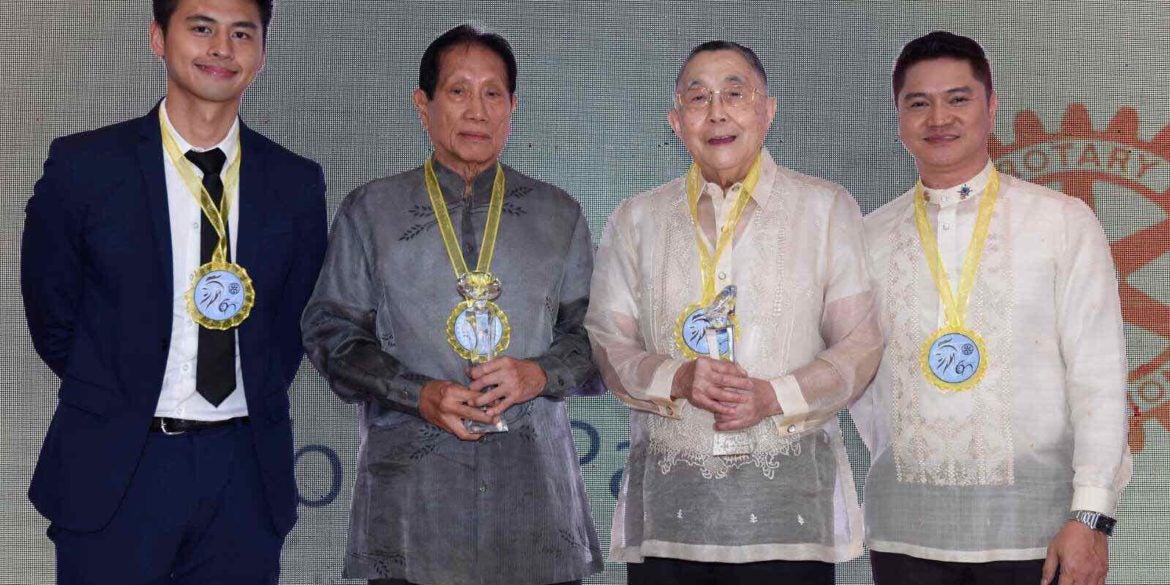 Some awards are more precious than others

Serving continuously for 50 years in one organization is uniquely fulfilling

How many awards, recognitions and citations have you received in your life? Chances are, quite a few if you’ve belonged to a number of organizations—professional, civic, religious, cultural or social. During my own active years in business, I received my share of these tokens of recognition for myself or my company, and although unsought and mostly unexpected, they were appreciated for what they were—mementos and signs of appreciation for specific efforts. The truth is, I have always looked at them as icing on the cake, the cake itself being the personal satisfaction of doing the actual work or achieving the intended goal of the undertaking.

But last Jan. 18, as I stood on the stage of a well-filled venue to receive yet another award, I felt very differently. The occasion was the celebration of the diamond anniversary (60th year) of the Rotary Club (RC) of Pasay, one of the oldest and respected Rotary clubs in the Philippines. I was about to receive a special award for my conti­nuous membership and service of over 50 years, a first in the history of our club, and possibly in the history of the Rotary movement in the Philippines.

This recognition was uniquely special for me because it represented not one particular accomplishment, but the accumulation of precious memories over more than half a century. My efforts for our club and the community it serves started in my 20s and have spanned almost two-thirds of my life.

I was also specially elated that evening because my longtime friend, PP (past president) Leo de Ocampo, whom I sponsored into our club about a year after I joined, received the same recognition. Although he and I, due to a special Rotary rule on age and tenure, are already exempted from our regular club meetings, Leo remains very active and involved in our club affairs. He embodies the exemplary Rotarian.

Like any organization, RC Pasay has had its crests and troughs, but it has always come out stronger after every challenge in its long history. When I became a new member in 1969, I found out that a majority of its members had decided to join the new Rotary Club of Makati (which our club had started as its “daughter” club) because their offices were in Makati. So the club I joined had less than 20 members.

We worked doubly hard in recruiting new members, and by the time I became club president on my fifth year, our membership was at an all-time high of 75 strong, an unsurpassed milestone achievement of our club to this day. Today, RC Pasay is led by a dynamic young man, president Joey Ignacio, who is determined to break new ground.

My 50 years as a Rotarian were marked by a series of mostly modest efforts I was privileged to be a part of—such as the distribution of thousands of school books to the public schools of Pasay, courtesy of our then sister club in San Leandro, California; putting up feeding centers for preschool children in depressed areas; holding on-site medical and dental missions; distributing relief goods during calamities; adopting a Pasay public school (Apelo Cruz Elementary School) and augmenting the government’s feeding program for the pupils in the early grades found to be undernourished.

On a more personal note, after my term as club president, in the late ’70s, I was tasked by our district governor to raise funds for his flagship project benefiting disabled persons in our district. For this ambitious undertaking, I had to call on the media resources of my ad agency to solicit sponsors for the premiere showing on TV of the then recent blockbuster movie of iconic director Lino Brocka, “Tinimbang Ka Ngunit Kulang.” The support we received from advertisers was phenomenal, and my team was able to ge­nerate close to P1 million, a hefty amount at the time.

Not all of the memories of my years in Rotary were about civic activities, but many were simply about fun and family. In the ’70s and ’80s, our district held an annual basketball tournament, which all the clubs took seriously, some fielding players who were former Olympians, UAAP and NCAA stars, then already in their 30s and 40s. In my year as president of our club, our team won the district championship. To cap the year, we played against the champion of the other district in the South, RC Cebu, and won to become the national champion. I had always been proud of this feat as a “major” accomplishment of my term.

Before I joined Rotary, I had the impression that Rotarians were “older men,” and that a younger man typically started out as a Jaycee. When I joined at 28, I realized that many of my Rotarian colleagues were actually about my age, and this fact led to one vivid memory in my multifaceted Rotary journey.

When I was still a new Rotarian, it was announced that the president of Rotary International (RI), the big man himself, was coming to the Philippines, a once-in-a-lifetime event. Being based in Pasay, our club was assigned to welcome his party of about a do­zen at Manila International Airport (Ninoy Aquino International Airport today). Excited with anticipation in our formal barong, our group waited at the airport lounge. When the visitors came in, we noticed that they were in their 50s, 60s and even 70s.

After we greeted them, this was the first thing the RI pre­sident said, “Gentlemen, thank you all for the warm welcome. But where are your fathers?” Everyone had a good laugh over that, but somehow it reinforced my misgiving that I had joined Rotary too early.

Today, after a memory-la­den 50-year journey in Rotary, I know I had done the right thing. And when I meet the young Rotarians of today, I will not ask, “Where are your fathers?”—CONTRIBUTED