Kobe Bryant in Manila, 1998: What a mother did for her son | Lifestyle.INQ ❮ ❯ 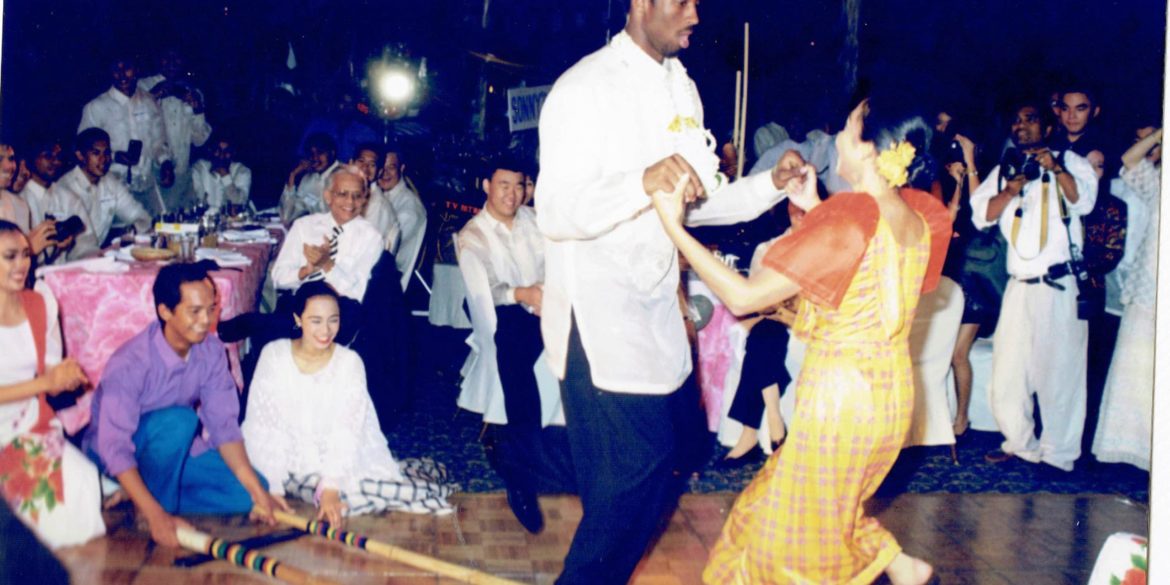 Kobe Bryant in Manila, 1998: What a mother did for her son

When she was fortysomething and already married, Mitzi T. Tronqued joined Adidas’ search in August 1998 for a GF to the then rising National Basketball Association (NBA) star Kobe Bryant.

The 19-year-old Bryant was in the Philippines that August primarily to grace the opening of Adidas’ new stores.

Adidas’ search for Bryant’s GF—Girl Friday, not girlfriend—specified that applicants should be between the ages of 21 and 30, but the mother of two decided to try her luck anyway for her younger son Marlon, then 9 years old and a big fan of Bryant.

“His kuya (elder son Marco) idolized Grant Hill,” says Tronqued, but when the NBA superstar, who was at the time playing for the Detroit Pistons, came the year before and stayed at Peninsula Manila, she was unable to get him to sign his basketball card. The person she entrusted the quite expensive card misplaced it.

This time, she would not let Marlon miss the chance to meet the Los Angeles Lakers’ rookie, if she could do something about it.

Her mother, her husband and even her boss, the general manager of Peninsula Manila whose assistant she was, thought she had taken leave of her senses, especially as she had to take a leave from her job if she was chosen.

Tronqued said she was also warned that being GF to a professional athlete involved maraming takbuhan (a lot of running around). But her friends were supportive, telling her that, as a former dancer, she still had the agility and stamina to run around—almost literally—with the young NBA talent.

Tronqued did not really know Bryant and had to do a crash course on him. When she went for the interview, she remembered Adidas Philippines’ Philip Go asking, “Why do you want this job? Is it for the money, the fame?”

Tronqued simply told the truth that she was doing it for her son. She believed her experience in the travel and tourism industry gave her an edge over younger competitors. She had been with Peninsula for 18 years by then.

Although a Girl Friday is basically a personal assistant, Adidas wanted somebody who could also help educate the future NBA superstar about his host country, annotate the social, nonbasketball events he was attending, while ensuring he kept to his daily schedule.

When Go asked Tronqued what she wanted in return for taking on the GF job, Tronqued said she declined the talent fee. “If I got money, it would defeat the noble purpose for doing this,” she said.

What she asked for

She asked instead for a pair of Bryant’s Adidas shoes, autographed and with the number eight, the NBA player’s number at the time, one-on-one session between her son and his idol, autographs on Marlon’s Bryant basketball card collection, and for Marlon to attend Bryant’s visit to the Tuloy sa Don Bosco shelter for streetchildren.

Marlon, now a lawyer in the Supreme Court, also asked Bryant to autograph his kuya’s cards.

Despite her boss’ misgivings, Tronqued’s temporary job not only allowed her son to get up close and personal with Bryant but also got The Pen the privilege of hosting the NBA’s new star.

Until Tronqued was hired, organizers were undecided on where their guest and his entourage, which included his mother, Pamela Cox, and a cousin, would stay.

“One of my primary tasks as Kobe’s Girl Friday was to mentor him about the Philippines’ food, culture and history,” Tronqued said. She found Bryant to be adventurous and not fussy about food, tasting almost everything served him, except lengua (tongue), a Spanish-inspired dish.

The young athlete also proved to be very amiable, even-tempered, and did not lose his cool throughout his visit, taking everything in stride, Tronqued said.

By the time the assignment ended, Tronqued confessed she was not just a fan but had developed a crush on the up-and-coming NBA star.

When Bryant passed on Jan. 26 in a helicopter crash, it was Marlon who gently broke the news to his mother, the one-time GF of the Black Mamba, the nickname the NBA superstar gave himself, comparing his aggressive and agile play to the African snake. —CONTRIBUTED