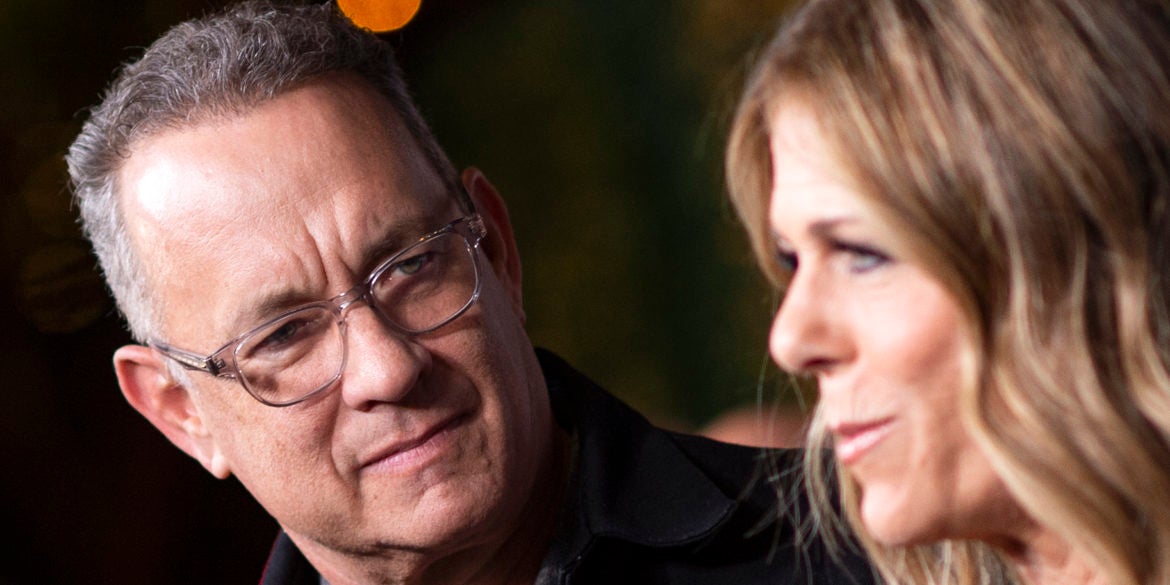 (FILES) In this file photo Actors Tom Hanks (L) and his wief actress/singer Rita Wilson attend "JONI 75: A Birthday Celebration" Live at the Dorothy Chandler Pavilion in Los Angeles on November 7, 2018. - Tom Hanks and his wife Rita Wilson have both tested positive for coronavirus, the US actor said Wednesday. Hanks, 63, said he and Wilson came down with a fever while in Australia, and will now be isolated and monitored. (Photo by VALERIE MACON / AFP)

Tom Hanks and Rita Wilson in hospital isolation after getting coronavirus

Hollywood megastar Tom Hanks and his singer-songwriter wife tested positive for the new coronavirus in Australia Thursday, forcing them into hospital isolation and leaving authorities to trace hundreds of contacts at their concerts and film sets.

Hanks and Rita Wilson, both 63, are being monitored at the Gold Coast University Hospital where they were “in a stable condition”, according to Queensland state health officials.

Hanks revealed the shock diagnoses in a message that informed fans they had felt slightly ill and wanted to get tested to “play things right.”

Hanks is the first major Hollywood star to publicly state that he has the virus that has sickened more than 125,000 people worldwide and killed more than 4,600.

The multi-Oscar-winner was on the Gold Coast for pre-production of an Elvis Presley biopic by Australian director Baz Luhrmann and Wilson had played gigs at the Sydney Opera House and in Brisbane.

Opera House staff told AFP they were helping authorities track “approximately 207 people” who “may have been in contact with the couple” at the concert on Saturday.

The famed building has received additional “on-site cleaning with hospital-grade disinfectant” a spokesperson said, adding that tours and performances would continue.

Production on Hank’s Elvis film — in which he was set to play the legendary singer’s longtime manager, Colonel Tom Parker — has been suspended and actors and crew are also being tested.

Hanks had earlier posted on Instagram: “Hello folks, Rita and I are down here in Australia. We felt a bit tired, like we had colds, and some body aches.”

“To play things right, as is needed in the world right now, we were tested for the coronavirus, and were found to be positive,” the “Saving Private Ryan” star said.

“We Hanks will be tested, observed, and isolated for as long as public health and safety requires,” he added.

“We’ll keep the world posted and updated,” he added, along with a photo of a surgical glove placed inside a biohazard trash bag.

In a video message the Hanks’ son, Chet, said, “I just got off the phone with them, they both are fine, they’re not even that sick.”

“They’re not worried about it, they’re not tripping but they’re going through the necessary health precautions obviously,” he said.

“I don’t think it’s anything to be too worried about but I appreciate everyone’s concerns and well wishes, but I think it’s going to be alright.”

Gold Coast Mayor Tom Tate said Hanks was “tested early this morning, very early, and once everyone was in the news was delivered by Baz and then everyone went home.”

“All the people who were on set have gone home and self-quarantined, which includes my daughter so I gave her a call… Being a dad that was the first thing I got onto,” Tate said.

“If the test comes back negative, they’ll be back to work that’s where they’re sitting.”

Warner Bros said it had “been made aware that a company member from our Elvis feature film… has tested positive for COVID-19.

“We are working closely with the appropriate Australian health agencies to identify and contact anyone who may have come in direct contact with the individual.”

It is not known where the couple contracted the disease — there have so far been more than 140 coronavirus cases confirmed in Australia and three people have died.

Wilson — who is promoting her new album “Halfway to Home” — gave performances at a Brisbane hotel on March 5 and the Sydney Opera House on March 7. She also appeared on a popular Australian TV show whose hosts and crew are now in quarantine.

During the visit to Australia’s largest city, the couple also visited Bondi Beach. It is unknown whether they had contracted the virus by that point.