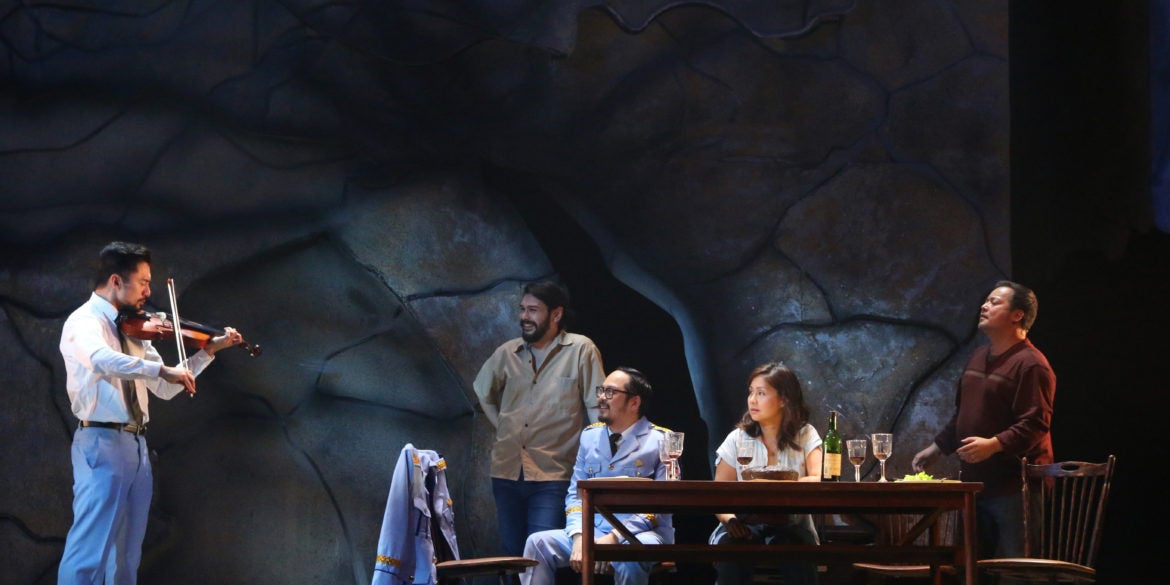 How does one even begin to take stock of unprecedented loss—much less learn how, or what, exactly to feel?

It’s a thought worth pondering these days of the Luzon quarantine, which shuttered nine theater productions and led to either the postponement or cancellation of 18 more, including eight slated to open the week the quarantine was announced.

Make no mistake, this was a necessary move. We still know very little about the enemy—and we’re not even being dramatic in calling COVID-19 “the enemy”—though we know for certain it thrives in close quarters. Logic only followed that the theater, an art form that breathes through human proximity and intimacy, should close immediately.

A necessary move, no doubt. But it doesn’t make it any less heartbreaking. Unlike Broadway or the London’s West End, whose marquees dimmed all at once following organized edicts from above, the Manila theater industry instead endured day after day of pounding uncertainty.

“The show must go on” has always been a powerful adage, fueling productions even in times of man-made disasters or natural calamities, and fuel productions it did in the weeks leading to the quarantine announcement.

Then with the initial suspension of classes in Metro Manila from March 10 to March 14, the university productions were sent into what could have only been a harrowing state of limbo. (Do they make up for canceled performances? Extend the run? Close altogether?)

Even on the night of quarantine announcement itself, two productions—Atlantis Theatrical Entertainment Group’s (ATEG) “The Band’s Visit” and Repertory Philippines’ (Rep) “Anna in the Tropics”—were more than ready to open, should they have been allowed to do so, while the international tour of “Matilda the Musical” carried on at The Theatre at Solaire.

Now, only drawn curtains and heartbreak magnified. When the theater has become so integral to your life, as it has been to the writers of this section—when your weekends are plotted according to the varying runs of productions, and chasing after shows across the region’s scattered stages has become a way of life—the sight of these productions posting closing or cancellation notices one after another can be a most gut-wrenching experience.

Perched distantly as surveyors of the scene, we cannot even claim to imagine how much more difficult a time it has become for the artists themselves—the writers, directors, performers, designers, musicians, publicists, crew members, who actually keep our stages running and burning bright.

The economic impact of this pandemic will be brutal. Perhaps it may be too early for a thorough assessment of the damage that these closures and cancellations have brought upon Philippine theater, but already we are seeing just how fragile the fabric of an industry we have touted to be “booming” all these years remains.

What of our freelancers? What of our practitioners who are also breadwinners? What of those for whom theater and the performing arts are, clichés be damned, truly the world—financially, as much as artistically?

So it has been heartening, to say the least, seeing our theater artists themselves take up the cudgels, in the many ways they know how. Some have brought their craft online, through storytelling sessions and concerts on Facebook Live, or even streamed yoga and dance sessions.

Others have started advocacy and awareness campaigns against the pandemic through song.

Most important, #CreativeAidPH, led by JK Anicoche, Laura Cabochan, Jopie Sanchez, Komunidad, Sipat Lawin and the Concerned Artists of the Philippines, has launched an online platform to gather concrete data from individuals on the economic and financial damage the pandemic has so far caused—which is exactly the kind of moving-forward step the industry needs.

The next time you use the word “resilient,” theater practitioners better be at the top of your mind.

We’ll see you in the theater when this pandemic is over. The day our curtains rise again is the day we look forward to the most. —CONTRIBUTED