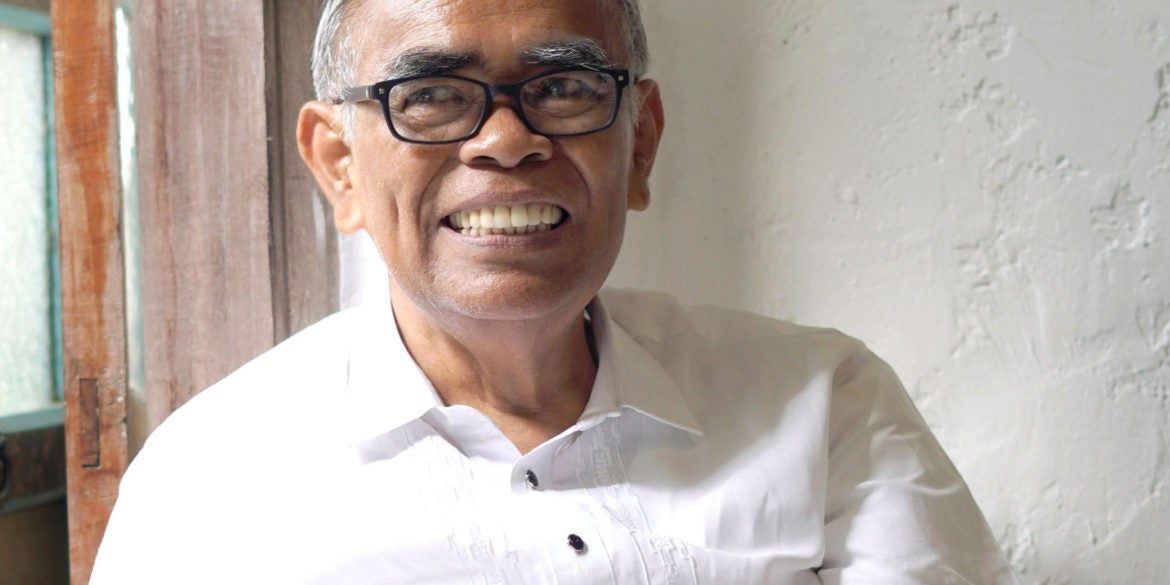 Dr. Joven Cuanang: “The Church’s response has been heart-tugging”

Troubled by the news that some front-line health workers were being shunned by fearful neighbors and even turned out by their landlords, instead of being welcomed as the real-life heroes that they are, Dr. Joven Cuanang sprang into action from his quarantine in Antipolo.

“If there was ever a ‘no room at the inn’ situation, this is it,” he wrote.

In an impassioned appeal on social media, the 80-year-old former medical director of St. Luke’s Medical Center wrote:“The Church has room. The Church has hospitals. We know the Catholic Church is praying for its flock and feeding the poor. Might we suggest that the Catholic Church allow its churches to be used as temporary housing and additional facilities for the front-liners?”

The results were almost immediate. As his post went viral, religious and other institutions started opening their doors to exhausted medical front-liners.These included the Pope Pius XII Catholic Center, OB Montessori Centers in Greenhills, Sta. Ana, Fairview, Las Piñas and Angeles City; and the RVM Sisters of St. Mary’s College, who opened their dormitories and classrooms to serve as temporary quarters for front-liners from nearby hospitals and clinics.

“I woke up with the idea,” says Dr. Cuanang, who is sheltering in place at his Pinto Art Museum in Antipolo City.

“The doctors, nurses and other health workers are so exhausted and the hospital management is faced with so many other problems. I thought the Church can help by offering shelter, food and spiritual upliftment for the front-liners, who are so crucial in the battlefield. They must be at their best mind, body and soul to meet the challenges they face as they encounter the many patients that they have to attend to.”The Inn Project

The Inn Project, as he has taken to calling his appeal, is reverberating through social media and is continuing to get responses.

“The Church’s response has been very heart-tugging,” he says.

“I addressed my appeal to all religious denominations, and the Catholic Church is the first to respond. I also made an appeal in Facebook for hotels near hospitals to share their rooms. I know they have a lot to spare!”

Cuanang has also begun to address health workers’ need for personal protective equipment, demand for which is outpacing available supplies, forcing many to reuse what they have, or even improvise their own.

“Front-liners should not be left to fend for themselves ill-protected. We can lose them if they fall sick. My appeal to the public is to provide funds to purchase these important paraphernalia or to get in touch with suppliers to donate! This is where citizens can participate in this unprecedented malady.”

One of the country’s top neurologists, Cuanang echoed the Department of Health’s appeal to the public:

“Everyone else must keep locked in, practising hand washing, wearing masks and keeping distance even among family members. In that way we lessen the emergence of new victims. I am locked in Pinto like a monk but my thoughts are with the doctors, nurses, lab technicians, guards, janitors, office workers who bravely face these dangerous days. If I were younger, I definitely would be at the front lines.” INQ