#Throwback: The Louis Vuitton season with ‘nurses’ on the runway | Inquirer Lifestyle 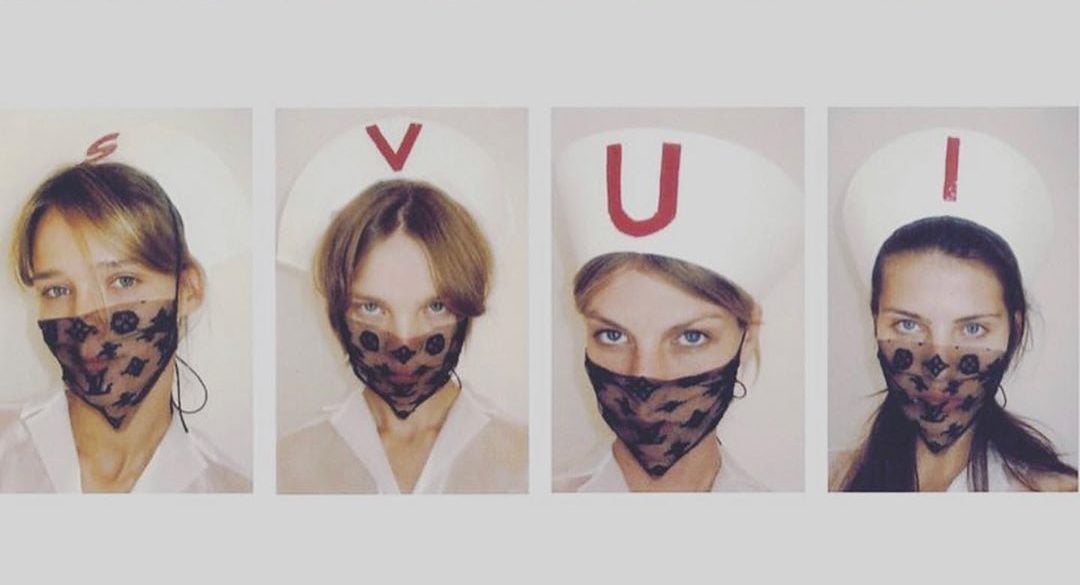 #Throwback: The Louis Vuitton season with ‘nurses’ on the runway

The year is 2008, right smack in the middle of Marc Jacobs’ tenure at Louis Vuitton, already a decade after he debuted with a collection with no bags in sight.

By then, Jacobs has had plenty of time to tug at and play with the house codes, including the now moneymaking LV monogram.

The Stephen Sprouse and Takashi Murakami collabs of the early 2000’s were a hit. Working with artists in this way has proven to be a viable strategy for Jacobs to inject the brand with the buzz of an otherworldly artiness.

When Jacobs decided to auction off his entire art collection in 2019, Jacobs said about art, “I was always really intimidated by the art world. Then I got to know these artists a little bit—some a lot—and that fed my interest in their work.”

The Louis Vuitton spring 2008 runway show opened with a dozen models dressed as sexy nurses, singularly inspired by artist Richard Prince’s nurse paintings, one of which had previously been used as the album art of Sonic Youth’s “Sonic Nurse” album, released in 2004.

Sarah Mower described it as a “hilariously kinky parade” and the collaboration a “typical Jacobs coup.”

Preceded by a comparatively forgettable Fall 2007 season—which doesn’t take much squinting to be mistaken for a Prada show, from the dip-dyed crumpled taffeta to the pleated, knee-length skirt hem—Spring 2008, in contrast, was more playful and sprightly.

The collection featured some tulle headdresses that unbeknownst to all then, were perhaps what later on morphed into the bunny ears that Madonna will wear to the Met Gala in 2009.

Other accessories in the show borrowed from the Richard Prince color palette. The effect was indelibly psychedelic; cobalt was collaged with mint and rust, chartreuse and duck egg blue made an eerily harmonious marriage on a ladylike silhouette.

In October last year, Vogue reported on “fashion’s ongoing fascination with nurses and nuns”, citing Marine Serre, John Galliano at Margiela, et al. picking up on the trend for Spring 2020.

The only two fashion history precedents that proved enduring enough to make the list were Dior couture in 2000 and Louis Vuitton in 2008.

Jacobs said, “Wish I’d have held on to one of these.”

Wish I’d have held on to one of these. Louis Vuitton Spring 2008 Monogram lace face mask. #justsayin’ #FASHIONNURSE #richardprince