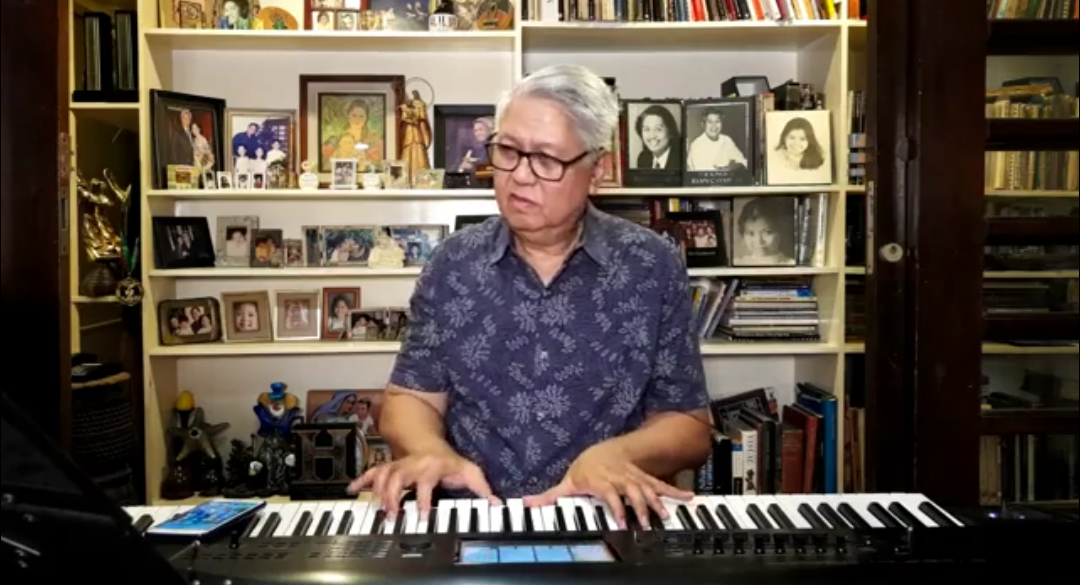 Over P15 million has been raised by “Bayanihan Musikahan,” an online concert series featuring a wide spectrum of Filipino musicians to help the poorest of the poor who are most affected by the Luzon-wide quarantine in this pandemic.

The project was initiated by National Artist for Music Ryan Cayabyab in the early days of the quarantine. The idea was to do a nightly concert on Facebook Live to raise funds that will deliver food survival kits to depressed communities across Metro Manila.
The organizers said the response was “immediate and enthusiastic.”

Nearly a hundred singers/songwriters and performers have agreed to perform in the coming weeks, in nightly programs of four to five musicians playing from their homes.
Among those who have done their shows were Ebe Dancel, Karylle and Sponge Cola, Noel and Gabriel Cabangon, and Bullet Dumas.

The group Acapellago, stranded in Vienna, Austria while on tour, joined the online streaming performances.

Simultaneously, operations began to identify and deliver the survival kits to communities where residents suffer from subsistence income, lack of access to sanitation facilities, and sheer population density.

The development planning and delivery institution Philippine Business for Social Progress set up the donation system.

The Catholic Church charity group Caritas Manila supervised the packing of survival kits. One pack contains food enough to last a family for a week, plus personal protection supplies, including alcohol.

It also sent sacks of rice to 140 homeless individuals that the De La Salle Brothers received in their Taft campus.

The roll-out of deliveries is said to be picking up momentum with an efficient transportation system.

In the coming weeks, organizers said that other artists in the line-up look forward to engaging their fans online to exercise this heartwarming expression of citizenship.

What makes this noble and heartwarming is that the musicians themselves fall under the subsistence income group hit hard by the COVID-19 pandemic.
Take a bow, guys! INQ