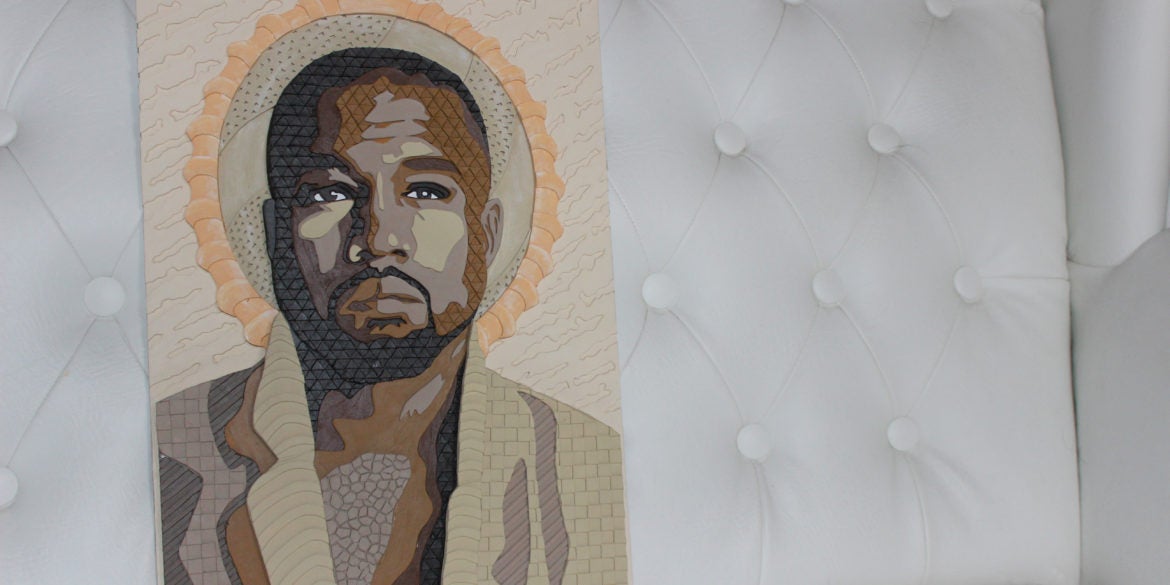 ‘I’d wake up and see myself looking ghastly; it discourages you, but you have to fight’

Daniel Cailao, 33, is your typical artistic yuppie, a sneakerhead who’s also into street wear, design and photography. He makes artwork using high-quality illustration boards, which he cuts and pieces together to form an object.

But it is not only his art that makes Cailao’s life different. When Cailao was 26, he was diagnosed with osteosarcoma, a type of bone cancer that affected the right maxillary bone of his face, or the upper part of his right cheek. He initially thought it was only a toothache, but was alarmed when his right cheek became swollen. He went to several dentists and even had two root canals, but the swelling didn’t subside.

His last dentist advised him to see an infectious disease doctor. He had a CT scan and found out it was a tumor. He underwent a biopsy to check if it was malignant, and in December 2013, learned that he had cancer.

Cailao underwent surgery twice to remove the tumor before having four months of chemotherapy.

“In the early stages, that’s all I could think of—dying,” Cailao remembers. “But my faith in God helped me. My faith grew and it gave me strength to face cancer every day.”

Cailao narrates that it was an everyday battle, as he didn’t know if he would make it. “I’d wake up and see myself looking ghastly; it discourages you, but you have to fight.”

Cailao says that cancer affects your whole being, “so you have to deal with it in every aspect.” He encouraged himself every day to read Bible verses to counter the negativity. “And it’s not just reading and then falling asleep,” Cailao says. “You have to share it with others. I was vocal about my faith.”

He recalls how he had to be strong in both mind and heart; “God wants you to be strong, and your family wants you to live.” He credits a strong support group composed of his family and friends.

Cailao was finally declared cancer-free after a year, although it didn’t stop there. He had to undergo postchemo checkups every three months, then it became every six months; eventually it became only once a year.

“The first two years after cancer were crucial,” Cailao says. “My doctor had to check if I had a relapse or not, so I still went to the hospital.” When one surpasses the two-year mark, five years is the next milestone. Cailao has now been cancer-free for five years, and going on his sixth this May.

But Cailao admits he’s still facing a battle. “It’s really traumatizing for cancer survivors, this fear of having a relapse,” he says. “I am fighting the thought because no one wants to do that all over again.”

Creating art became a very helpful outlet, though he only gets to do it in his spare time, since he is the creative director for Yummy Diet, a food delivery service whose advocacy is promoting wellness and a healthy lifestyle.

He creates artwork called 2D bas reliefs, which he has been doing since college. The technique keeps the natural shape of figures and allows the work to be seen from different angles.

“It’s like putting muscles on a flat photo,” he adds. “I take a photo, usually a portrait, vectorize the image on the computer, then print it.”

Cailao later traces the image and transfers it to illustration boards. “I need to cut many pieces for the many parts of the image, then I paint each piece, per layer, then glue them all together.” Cailao likes the hard, thick boards so the patterns will have depth and will be visible enough. “Illustration boards are usually used for school projects, but I believe there’s more to them, so I started using them to build something.” For color, he uses acrylic paint, but admits it takes long to finish one piece, depending on the size.

We’ve featured Cailao in Lifestyle To be You, when he was in college at San Beda Manila. He and some friends started a line of edgy street-style school shirts. His current art creations are still very pop, with portraits of Kobe Bryant, Kanye West and even Star Wars storm troopers. “I like to make something out of nothing,” he says.

Cailao’s next goal is to have an exhibit showcasing his creations. He has a list of pieces that he loves, and he loves doing portraits. “I’m a creative person, I’m a cocreator. I want to create, I want to build.” INQ