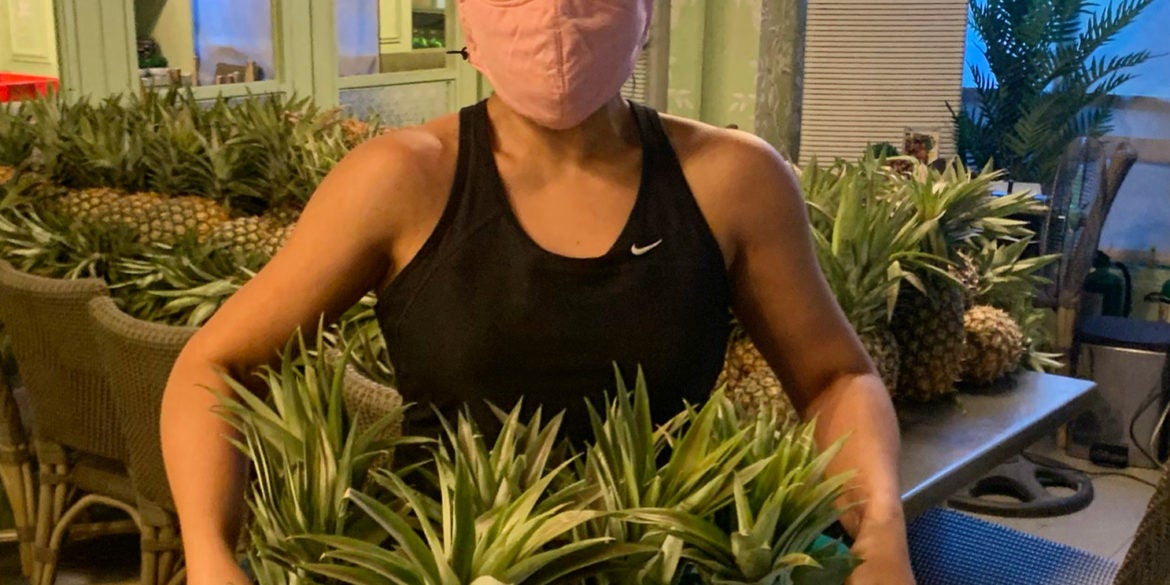 When the new coronavirus disease (COVID-19) pandemic forced restaurants to shut down, Filipino farmers were left with no one to sell their harvest to. There was also the logistical problem of transporting the produce from the farms to the cities.

It was a setback that could have crippled the agriculture industry. Fortunately, two relentless individuals came to the rescue.

The Luzon lockdown brought to life Dom Hernandez’s Bangon Benguet program. “This idea was conceived back in 2014,” he says. “But we were able to realize the plan only now due to the quarantine. It was out of necessity.”

It started when Tourism Secretary Berna Romulo-Puyat was still the agriculture undersecretary. While on a farm tour, they got to discuss gaps in the sector, which prompted Hernandez to draft possible solutions.

There were many points of concern—middlemen making more money than the farmers, farming technology advancements and programs, and logistics, among many other things. To address these, he thought of getting prepaid volumes of vegetable orders from restaurateurs, weekend markets, small-to-medium enterprises and village associations.

His team would coordinate directly with a farmers’ cooperative in Benguet to transport the goods using Victory Liner cargo buses (Hernandez’s family owns the company), which ply the Manila-Baguio-Manila route daily. It’s an ideal business model that would benefit the farmers with a bigger share in the economic cycle.

When the pandemic hit, fresh produce in Benguet didn’t move because of suppressed consumption and limited logistics. Hernandez thought of finally rolling out his blueprint.

“Luckily, we had buses that still operated and were allowed to transport goods. We reactivated the idea, contacted the Department of Agriculture through the help of Secretary Puyat, who then linked us with the Benguet Agri-Pinoy Trading Centre (BAPTC), a multistakeholder NGO (nongovernmental organization) established by the Benguet State University to serve as marketing outlet where farmers can directly sell their produce at rationalized prices.”

On April 15, over 5,000 kg of vegetables—cauliflower, potatoes, cucumbers, carrots, squash, to name a few—were delivered to Manila and sold to consumers.

“We had about 300 kg of broccoli and 100 kg of cauliflower left after the first run of the initiative. We have friends in the industry who lent their expertise and commissary for food processing, which allowed the excess to be turned into puree packs and frozen vegetable packs. Doing this will not only extend their shelf life but also lock in the nutrients. These items are for people with limited food storage and smaller households to feed.”

“It was March 19 when an agrarian reform beneficiaries group from Rizal asked me how we could help sell 15,000 pieces of their pineapples,” says Cherrie Atilano, president and founder of Agrea, a group that aims to eradicate poverty among farming and fishing families and help establish food security in the Philippines.

“They were not the only ones facing this challenge. Upland and lowland vegetable farmers tapped us also for the same reason—to move their produce to the consumers, which was proving to be tough because of ECQ (enhanced community quarantine).”

Consumers began facing food supply shortage. Supermarket shelves and the wet market stalls were being emptied, as people were buying in bulk to guarantee food on their tables.

This drove Atilano and her team to start the #MoveFoodInititative, an online fresh produce ordering platform that allows food to move at both the producers’ and consumers’ end.

They work closely with partner farms from all over the country, like the United Vizcaya Farmers and Agricultural Traders Multipurpose Cooperative; Calabarzon Organic Exchange; Batangas Egg Producers Cooperative; and the Smallholder Farmers of Gensan, Maguindanao and Davao del Sur.

With their collective efforts, as of April 12, they were able to move more than 67,000 kilos of vegetables and fruits, enough to support 3,335 Filipino farmers and ensure food for 15,423 families.

What they are doing is a noble effort but challenging. “I consider the first weeks of our initiative our baptism of fire,” says Atilano. “It was a logistical nightmare: Farmers could not bring their harvest to trucks because only three to five people were allowed to go and process all the harvesting.”

There weren’t enough riders to deliver the goods to customers, he says. “We had to make an incentive scheme for them to make sure they come back to us and deliver more produce. We gave them vegetable packs as tokens of gratitude.”

“There had been times when a buyer canceled (Agrea’s minimum order requirement is 100 kg of assorted fruits and veggies). We then had to look for ways to sell or give the excess food to those in need,” says Atilano. “Despite all these problems, you must be patient, focused and resilient. We work in agriculture, and are at the front lines of ensuring food security in these very challenging times.”

Hernandez says, “We’re learning as we go. Hopefully, with our experience in the food business and access to infrastructure, people and systems, our learning curve can be quick and we can be more efficient and effective.”

Bangon Benguet and #MoveFoodInititative will continue to run their initiatives even after the lockdown.—CONTRIBUTED