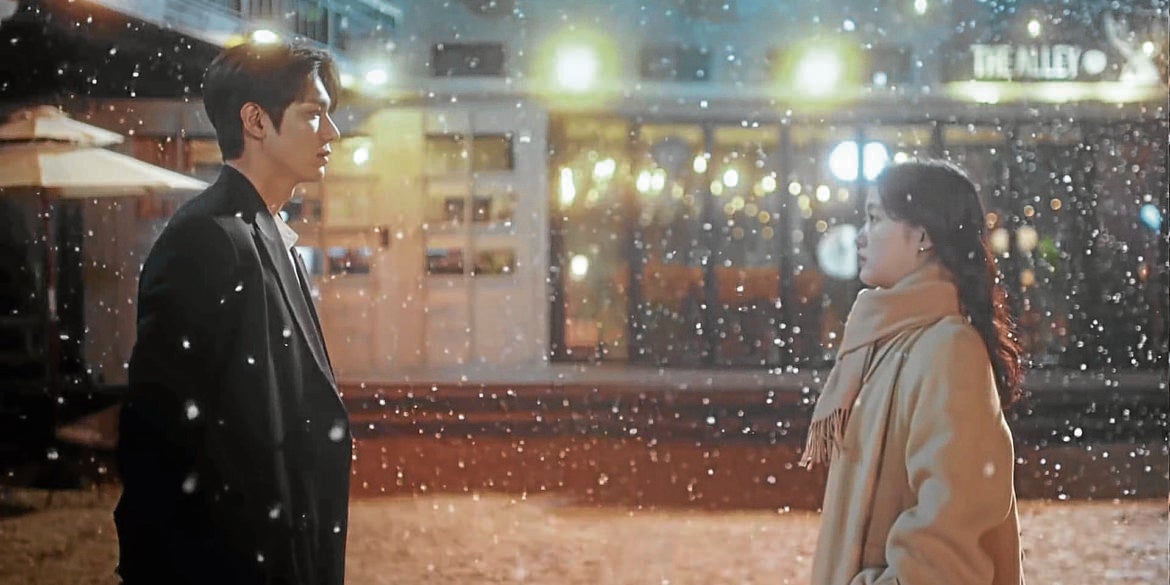 Just because we have to stay indoors and movie theaters are closed during the community lockdown does not mean we do not have any fresh content to consume. Just in time to alleviate our boredom, the streaming services have uploaded new series and movies for us to watch.

What happens when a shy but brilliant artificial intelligence programmer named Ha-won (Jung Hae-in) crosses paths with a kind and brilliant classical music composer Seo-woo (Chae Soo-bin) at just the right time? This 12-episode tvN romantic K-drama features two of Korea’s young, up-and-coming stars as two young geniuses who deal with companies and disciplines, families and, of course, their relationship.

Based on a true story, the movie “Bad Education” from indie director Cory Finley recalls the biggest embezzlement in an American public school in Roslyn, Long Island. In a performance that is already getting Oscar buzz, Hugh Jackman plays the charismatic but duplicitous superintendent Dr. Frank Tassone, who is not only running the million-dollar scam but also juggling multiple lives. Also starring Allison Janney and Ray Romano, “Bad Education” is a riveting, dramatic portrait of greed and deception.

Perhaps the biggest streaming-only release, “Extraction” is the gritty action movie to end all gritty action movies. First-time director Sam Hargrave happens to be the stunt coordinator of the Marvel Cinematic Universe (MCU). Have your attention yet? “Extraction” is written by Joe Russo and produced by Joe and his brother Anthony—yes, those Russos, “Avengers: Endgame” executive producers—based on a graphic novel. Chris Hemsworth (Thor!) stars as Tyler Rike, an elite mercenary who specializes in extracting high-value clients from dangerous situations. But when he has to rescue the son of a drug dealer from kidnappers in Dhaka, he has to fight an entire city and face his demons. It’s as explosive as it sounds.

If you liked “Itaewon Class,” then you can catch Kim Dong-hee (he played Geun-soo, the illegitimate Jang brother) in his new show and first lead role. In “Extracurricular,” he plays Ji-soo, a quiet student who is in the middle of a school where highly secretive and illegal activities are happening, including prostitution. It becomes a highly charged story of blackmail. “Extracurricular” may feature an entirely new generation of K-drama stars, led by Dong-hee, Jung Da-bin and Park Joo-hyun.

Do you like your Korean crime shows with a science-fiction flavor? Then “Rugal,” an ongoing show from OCN, is the perfect suspect for your case. From many of the people who created the excellent 2017 show “Tunnel,” “Rugal” begins when police detective Kang Ki-beom (Choi Jin-hyuk) loses his eyes, his wife and his colleagues to the machinations of criminal mastermind Hwang Deuk-gu (Park Sung-woong). But a secret, high-tech organization called Rugal saves Ki-beom, gives him new, cybernetic eyes and trains him in preparation to take down the evil Argos group. “Rugal” is a mix of “Wanted,” “The Matrix” and “Robocop” in a K-drama cartridge.

A smart, unusual and utterly winning love story from writer/director Alice Wu, “The Half of It” is set in a small town of Squahamish, where the introverted student Ellie Chu (in a breakthrough performance) earns extra money by writing other students’ essays. But when football player Paul Munsky (Daniel Diemer) asks for her help to refine love letters to Aster Flores (Alexxis Lemire), Ellie winds up finding out many things about herself—including that she herself is attracted to Aster. But it is all so much more than that: It’s about identity and dreams in a movie that celebrates intelligence and vulnerability. It is the best coming-of-age movie that Netflix has ever streamed.

Coproduced with SBS, “The King” is the K-drama return of Lee Min-ho (“Legend of the Blue Sea”), together with Kim Go-eun (“Goblin”) in a much-anticipated sci-fi rom-com (yes, it is). In the parallel world of the Kingdom of Corea, Min-ho is the King, Lee Gon, and he travels between worlds to meet police lieutenant Jeong Tae-eul (Go-eun) because of a long-held secret. This ongoing show is an ambitious, lavishly furnished production from Kim Eun-sook, the writer of “Goblin” and “Mr. Sunshine,” among the best K-dramas ever made.

Who wasn’t a Michael Jordan fan during the Chicago Bulls’ six-championship run in the 1990s? Made in collaboration with ESPN Films, “The Last Dance” is a 10-episode documentary series with two episodes dropping every Monday. It includes a good look at Scottie Pippen, Dennis Rodman and Phil Jackson. With exclusive footage and unprecedented access during the Bulls’ last championship year (1997-1998), “The Last Dance” is not just one of the greatest sports series of all time, but also a powerful portrait of Jordan, one of the greatest athletes of all time, and the things that drove him.

9. “The Plot Against America,” HBO Go

How does one combine World War II, Philip Roth and Winona Ryder? That’s what HBO did with the ongoing miniseries “The Plot Against America.” Based on Roth’s critically acclaimed autobiographical 2004 novel, “Plot” tells the alternate history of what would have happened if Charles Lindbergh had won the 1941 presidential election instead of Franklin Roosevelt, and the increasing antisemitism experienced by a working class Jewish-American family, the Levins, led by Zoe Kazan’s Bess Levin. Ryder plays Evelyn, Zoe’s sister swept up in Lindbergh’s new era. This show comes from David Simon and Ed Burns (“The Wire”) and is dark, intelligent and may either be allegorical or prophetic.

When HBO began its “Westworld” revival in 2016, everyone appreciated it as a modernized, more complex take on the Michael Crichton novel adapted into the 1976 movie of the same name, directed by Crichton himself, starring Yul Brynner. But as its first season went on, it became clear that the new show, created by Jonathan Nolan and Lisa Joy, was not just about a theme park gone wild, but also tackles artificial intelligence, virtual realities, how technology impacts society, and ultimately, what it means to be human. Its third season doubled down on all this, with the continued brilliance of Evan Rachel Wood, plus Thandie Newton, Ed Harris, Jeffrey Wright, Tessa Thompson and the addition of “Breaking Bad’s” Aaron Paul.