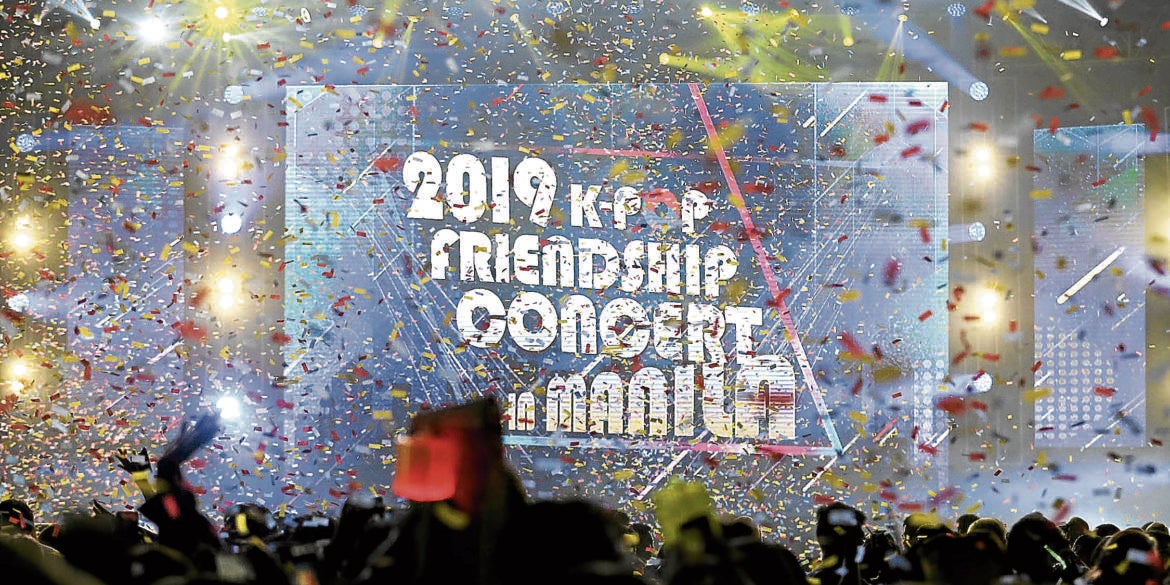 2019 KPOP FRIENDSHIP CONCERT IN MANILA / MARCH 08, 2019 Performers Noir, April and NTC Dream during the 2019 KPop Friendship Concert in Manila at the Mall of Asia Arena in Pasay City. *** FOR RUTH NAVARRA *** INQUIRER PHOTO / RICHARD A. REYES

According to a 2018 global survey, as many as 1.5 million Filipinos are freelancers who survive from one gig to the next.

A subset of this gig economy is the live events sector. This covers everything from musical concerts and theatrical performances to conferences and conventions, marketing roadshows, weddings—anything that has to be done in real time before a live audience.

The live events industry includes a wide spectrum of talent with corresponding earning power. At the top of the heap are high-paid celebrity hosts and rock star performers, somewhere in the middle are stage directors and technical people, and down at the bottom are the stage hands and roadies who do the grunt work. Bringing them together are production houses, suppliers of stage lighting and sound equipment, and other specialist outfits.

They share one thing, however—they’ve all been hit by the collapse of the gig economy caused by the COVID-19 pandemic.

As the country emerges woozily from quarantine, it is only beginning to realize the extent of the damage.

“We were the first to feel the impact of the crisis. Combined, approximate lost gross [revenue] is P132.83 billion. We may be the last to go back. Combined 400,000 jobs lost (approximate),” said a press statement from the National Live Events Coalition Philippines (NLECPh), an alliance of concerned members of the live events industry that was formed on April 29 to campaign for more government support for the sector.

It’s a tough sell, considering that the gig economy seems to be a gray area where government is concerned. Live events aren’t even recognized as distinct industry at all.

These talents and outfits typically rely on a handful of live events each year for their income, events which have all been canceled because of the pandemic.

“The live events industry is not just a temporary shutdown of businesses—it is an entire year of income, trade and jobs essentially wiped out,” the coalition said.

“Far from being a retail industry where, however devastating it may have been, the retail industry can get to a point where it can reopen, mobilize and bring its staff back in. The vast majority of the live events industry are focused on the delivery of one single large event across the entire year, and that has all been eliminated.”

“We are an experience industry,” says Shakira Villa Symes, a lighting director and a member of the NLECPh secretariat.

“Apart from the appeals we have presented in our position paper to help tide people and companies over, we hope that live events will be recognized as an industry. Ours is a distinct industry. Aside from the apparent economic contribution to the GDP (gross domestic product), live events, as a facet of Filipino social life, are important for our societal expression, creativity and team spirit.”

Despite the constraints presented by the lockdown, the NLECPh has managed to mount a media campaign to lobby for government support for the sector, enlisting celebrity support from the likes of Lea Salonga, Martin Nievera, Rowell Santiago, Lisa Macuja-Elizalde and Liza Diño-Seguerra.

It has also found an ally in Pangasinan Rep. Christopher “Toff” de Venecia, who drew up a five-point agenda for the sector.

Among other things, it called for: state recognition of freelancers as an economic sector; government-supported programs to upgrade and retool their skills to help them adapt to the “new normal”; a communications campaign to restore consumer confidence in the creative industries; the easing of taxes and other regulatory mechanisms for industry members; and, in general, more government measures to shore up the so-called creative industries.

But what to do in the meantime?

National Artist Ryan Cayabyab has, through his “Bayanihan Musikahan” online benefit concert series, raised P1 million which will be distributed to needy members of the industry through the Artists Welfare Project Inc.

In the longer term, the coalition is studying how the live events industry can adjust to the post-COVID-19 world.

“There are three scenarios at play with the pandemic,” says Symes.

“The coalition, with the help of the government, hopes to address these scenarios with the evolving safety guidelines coalition members have collaborated on. We cannot keep relying on a vaccine. Businesses need to come back, and the focus on protecting the audience instead of spurning their attendance is one of the coalition’s objectives.”

Online concerts have become a feature of life under quarantine, but they’re not really a substitute for a live event, and the industry has yet to figure out how to fully monetize such virtual gigs.

In the meantime, says Symes, one interim solution being pondered by the coalition is a hybrid event—half-live, half-virtual—similar to the sporting events now being staged in other countries.