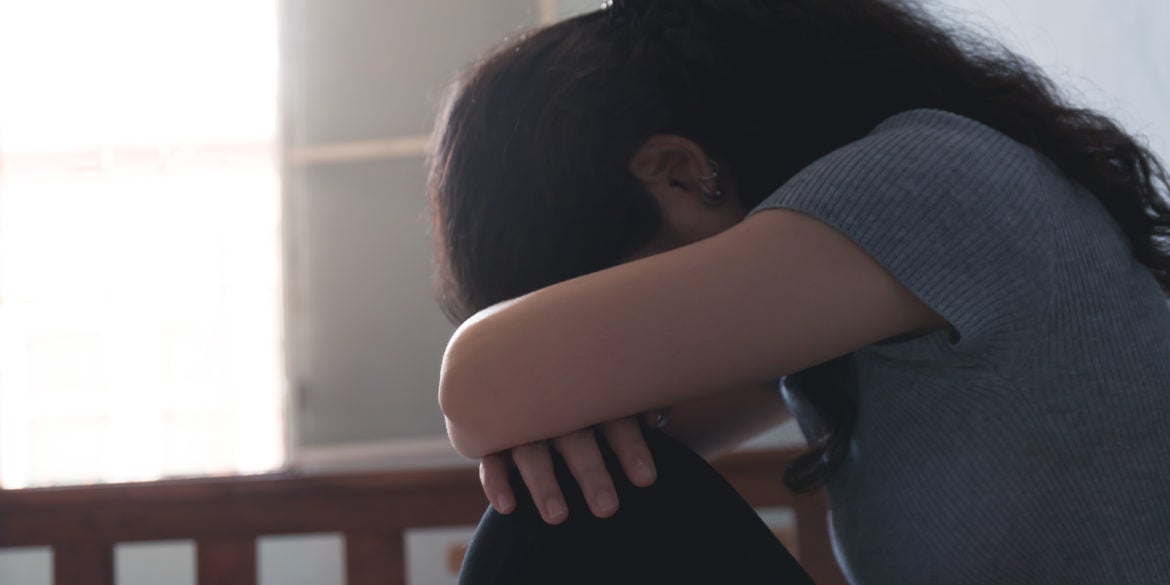 depression asian woman is sad and stress in bedroom, close up at face

Why people living with mental illness don’t talk about it

I was not supposed to say, “I feel fine, thank you. Never been better. I’m okay.” It was not the usual greeting. My doctor, my second psychiatrist in three years, meant: how’s my mood; do the medications work well; or do you feel any different.

I knew the drill.

It was June 4, 2013. After undergoing a series of tests and evaluation, I was diagnosed with an anxiety disorder and dysthymia. I was taking medication and psychotherapy for three years until I was able to manage my symptoms. It was a long and arduous journey toward healing.

In 2016, my doctor advised me to stop taking medications. He wished me luck. As I was leaving the room, he told me to come back anytime — that means, anytime I have symptoms again.

At the hospital, I saw several patients from all walks of life, ages, and genders. We were people living with mental health problems or illness. At the reception area, there were dozens of patients waiting for their turns. Some were living with heart diseases, others were living with hypertension, or leukemia, or cancers, or other illnesses that have been plaguing humanity.

According to MentalHelp.net, triggers are external events or circumstances that may produce very uncomfortable emotional or psychiatric symptoms, such as anxiety, panic, discouragement, despair, or negative self-talk. These could be anything — from dates, news, smells, trauma, neglect, physical illnesses, frightening news events, etc.

The COVID-19 pandemic is just one of the causes of depression; it even brought about a rise in suicides during recent months. In Thailand, where I am based, 38 suicide attempts were recorded, resulting in 28 deaths as of April 25. These statistics do not even include foreigners. Usually, financial problems were seen as the cause that led them to suicide.

In the early morning of June 4, I received a news link in my private messages about a Filipino teacher in Thailand who died due to suicide. There was no trigger warning. I know the friends who shared it with me meant well, but it was way too early in the morning when I received the news.

My day and the days that followed were filled with a series of dreadful thoughts. I had heart palpitations the whole day. I was crying silently while the people around me were minding their own business. I even cried more when I read the comments that subtly blamed him for giving up, criticizing him because he did not open up with friends or he did not read the Word of God and that he gave up and that it was a sin to kill yourself.

Most people living with mental illness would rather not talk to friends and family members. It is not easy for us to just open up.

Why? We do not want to burden our loved ones with our emotional or mental problems. We are also afraid that our friends and family members would ostracize us. We are afraid that we will be dismissed as “too emotional.”

I read a lot of comforting words, words of caution, Bible verses, and advice from well-meaning people whenever I hear of someone who died due to suicide. But these people put the onus on the person living with mental illness: you “should have sought advice,” or “should have talked to a friend,” or “should have read the Word of God,” and so on.

It’s difficult to talk about problems, especially during the global pandemic when everyone is struggling.

A person living with mental illness also finds it hard to speak about his problems and may talk like this: “Point A” segues to “Point C, F, P” then back to “Point A” then “Point B.” It is irritating, I tell you. Even my loved ones dismissed me for talking like that. And if they can do that, how much more a friend? They would just find it amusing at first, but they can get annoyed later on.

When I was having therapy, I just sat there, silent, for a long time. My doctor just sat and waited for me to talk. I had different emotions. Sometimes, I would be excited to tell him about my discoveries — food, insects, anything. There are times when I would just sit there and ask him questions. During the sessions when I could not talk, the doctor would talk to a family member.

But what makes us different from other people?

Despite this, people living with mental illness can even function far better than others. We work. We beat the deadline. You can assign us even the most complicated tasks and we can accomplish them.

We may not talk about our problems, but we send signals. Thus, it is important to include a trusted family member or a friend during therapy. I may not talk for days. I just write and write, or eat and eat. Sometimes, I lose my appetite.

Most people living with mental illness also feel an indescribable pain. We want to numb our senses just to get away from it. I have a particular medication that whenever I take it, I don’t feel anything. I only do routine activities, like bathing, eating, or working.

People living with mental illness do not always experience abuse, or suffer from trauma, or are deprived of love. Scientific evidence points out the chemical imbalance of neurotransmitters between nerve cells in the brain, which can cause mental illness. Still, there are more studies needed to fully establish that. Some claim that serotonin is needed to balance this. Therefore, eating and avoiding some foods are said to help. Some experts also say that exercising and doing things that make you feel good produces serotonin.

Mental health law in the Philippines

June 21 marks the second anniversary of the first mental health act in the Philippines or the Mental Health Law (Republic Act 11036), authored and sponsored by Senator Risa Hontiveros. It recognizes the importance of providing medical care to persons living with mental illness as well as protecting their rights.

According to Senator Hontiveros, seven Filipinos turn to suicide every day. One in five Filipino adults also suffers from a form of mental disorder. The Mental Health Law cements the government’s commitment to a more holistic approach to healthcare: without sound mental health, there can be no genuine physical health.

But the passage of the law does not mean the social stigma regarding mental health has ended. We still need to educate our families, our friends, and society at large on mental health.

I’m not asking you to be kind. I only ask you not to judge people like me or like them.

We have to overcome the social stigma.