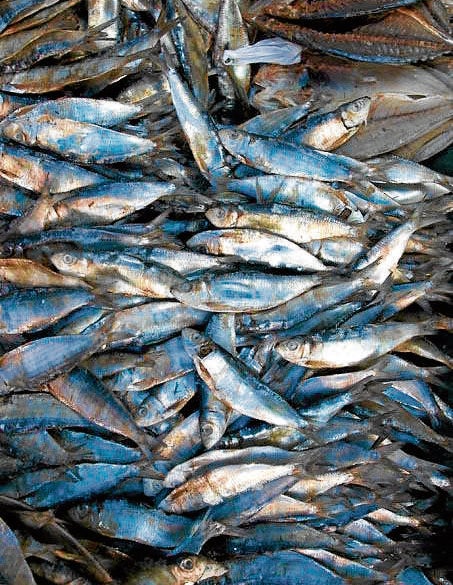 It has been entertaining to listen to how friends abroad managed to cook Filipino food during the lockdown. Ingredients are no longer difficult to get, but cooking is another matter. The problem is mainly the smell.

There was an exchange between two of them—one lives in Switzerland, the other in the United States. Both agreed that patis (fish sauce) and bagoong (fish or shrimp paste) are “lethal” abroad. One described these condiments as her husband’s “kryptonite”—she has to warn him when she wants to cook with either one so he can leave the house.

Another classmate said she cooks sarciadong manok with patis. Her son-in-law who couldn’t stand patis, however, didn’t seem to notice. She laughingly added: “What he doesn’t know won’t hurt him.”

They had some useful advice to minimize the smell. One said that when she does pinatisang manok, she adds lemongrass. Another said she adds the seasoning when she turns off the heat, and it seems to work. Still another advised that when frying dried dilis (anchovies), she masks the smell by having another pan cooking a mixture of oil, sugar and cinnamon powder.

Many of my friends in the US have their “cooking tuyo” stories. The first attempt by one had all his neighbors out on the streets asking what that awful smell was. Another brought his stash outside his apartment in winter, built a bonfire, wrapped the tuyo in newspaper, and pretended as if he were burning thrash. He laughed at the thought of it. Many of them are thankful that our tuyo can be bottled, immersed in olive oil or corn oil.

Years ago, when I was in Iowa on a study grant, that was what worried our group when we were tasked to cook Filipino food. It was adobo which we thought would not be agreeable to our host because it would smell of vinegar, soy sauce and garlic, a lovely smell for us Filipinos. It was a good thing that it was the beginning of summer and the windows of the house were open. But we were also glad that our American host had had Filipino cooking and loved adobo.

The upside to the story of the one who lives in Switzerland is that her family has learned to love and appreciate Filipino food. She is proud of her husband who eats balut whenever they visit. And her grandson loves to eat rice with soy sauce and lemon, even bringing the mix as his school baon (lunch pack).

Because she is in Switzerland, my classmate can’t just order the Filipino food she loves. So she learned how to cook vegetable lumpia, lumpiang Shanghai, and siopao. It started her on her small catering business. It thrills her also that her grandson, 7, has started doing gyoza and siopao.

She asked me for the recipe of maja blanca with corn. I gave her the “Kulinarya” book recipe. When that was being tested, it went through several ways of cooking. One was the baño Maria (baine-Marie) or a hot-water bath, while the other, featured in the book, was cooking it in casserole, continuously stirred over low heat until it thickens. The recipe uses cream-style corn and whole kernel corn. She said what is available in Switzerland is only the whole kernel, and that she would just use the blender to cream the whole kernel corn.

But while she can cook some Filipino food, there are still those ingredients she cannot have in Toblerone country. She expressed her frustration this way: “My kingdom for a bottle of Pangasinan bagoong!”