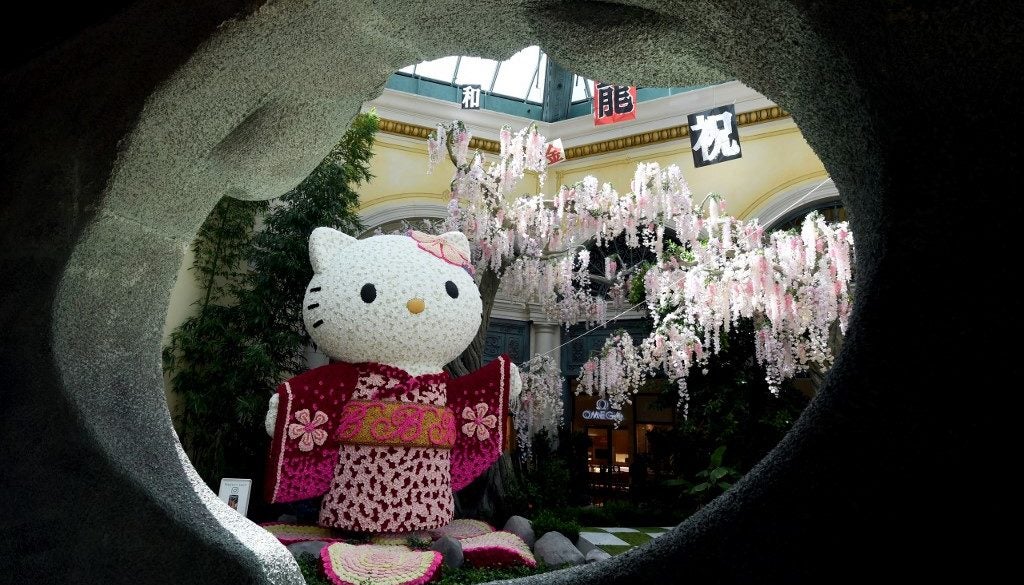 LAS VEGAS, NEVADA - JUNE 01: A Hello Kitty-themed floral exhibit is displayed at the Bellagio Conservatory & Botanical Gardens at Bellagio Resort & Casino as the Las Vegas Strip property prepares to reopen on June 1, 2020 in Las Vegas, Nevada. The resort has been closed since March 17 in response to the coronavirus pandemic. Hotel-casinos throughout the state will be able to reopen on June 4 as part of a phased reopening of the economy with social distancing guidelines and other restrictions in place. MGM Resorts International plans to reopen Bellagio, New York-New York Hotel & Casino, MGM Grand Hotel & Casino and The Signature on Thursday. Ethan Miller/Getty Images/AFP

TOKYO — The founder of the firm behind Hello Kitty is stepping down aged 92 and handing the reins to his 31-year-old grandson — the first change in leadership in the company’s six-decade history.

Tokyo-based Sanrio, which created the ubiquitous pink-bowed character in 1974, announced on Friday that Shintaro Tsuji would retire as president and pass the torch to Tomokuni, who had been senior managing director.

Coincidentally, the new boss shares his birthday with Hello Kitty —November 1 — but is 14 years younger. He will become the youngest CEO of a firm listed on Tokyo’s Topix index.

According to the firm’s official history, Shintaro Tsuji created the forerunner to Sanrio, called Yamanashi Silk Center Co Ltd, in 1960 in Tokyo.

It changed its name in 1973 to Sanrio and created its first character goods a year later, using Hello Kitty and the duo Jimmy and Patty.

The first Hello Kitty item, a coin purse, was merchandized in 1975 and the character has since adorned everything from bullet trains to handbags. Hello Kitty even has its own popular theme park.

To the surprise of fans, Sanrio said in 2014 the feline-inspired character was not actually a cat but a “happy little girl,” sparking uproar from Internet users who spluttered: “But she’s got whiskers!”

The change at the top comes at a difficult time for Sanrio, whose business has been declining for many years and has been hit hard by the coronavirus pandemic.