Frankie on the making of Frankie Pangilinan | Lifestyle.INQ ❮ ❯ 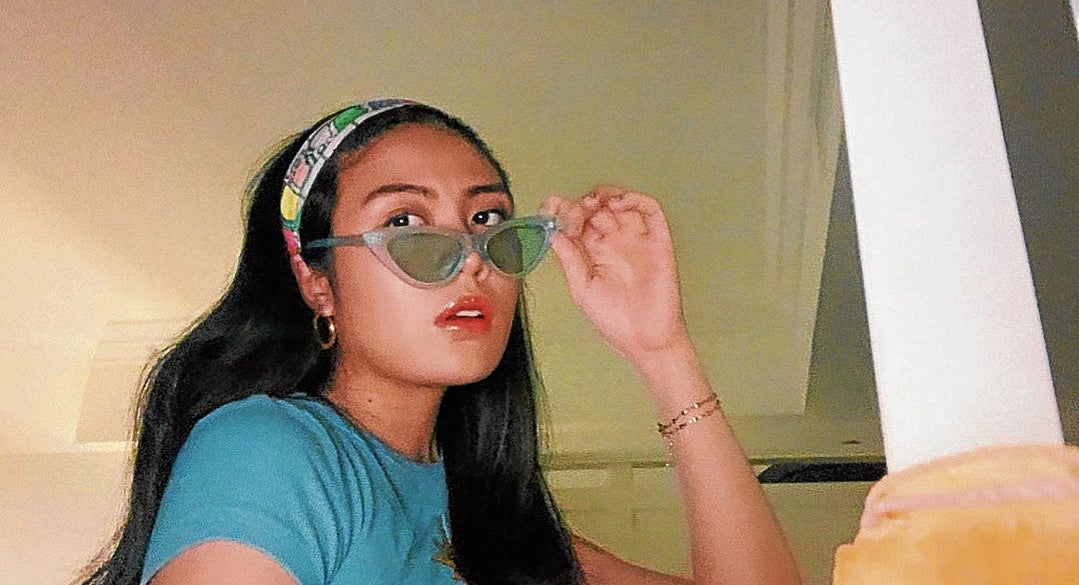 Frankie Pangilinan: “One of the reasons I am studying abroad is to get out of the bubble I’ve been raised in.”

The 19-year-old with a big audience says, ‘I’m committed to staying as true to myself as possible’

In the past few months, the 19-year-old daughter of Sen. Francis Pangilinan and “Megastar” Sharon Cuneta has drawn attention on social media for her strong views on various issues, including rape.

She went one step further by springing into action—providing bail for residents of Barangay San Roque in Quezon City who were arrested while walking to look for government assistance in the first month of the quarantine.

She even contradicted President Duterte, who, in one of his rambling speeches, maligned her dad.

Her remarks on Twitter have made her a target of trolls.

“The truth is, I’ve been bullied and abused online even before I had my own social media platforms,” she tells Lifestyle in an email interview. “I always knew it was somewhat inevitable, and while one can’t deny the dread I feel whenever I check my phone, I think I’ve developed a sort of immunity to it.”

“I never asked for an audience,” she clarifies. “In fact, I didn’t really have one until recently. But if there’s one thing I’ve always valued about myself, it’s my own determination to maintain my integrity and remain honest whether in the public/online sphere or not.”

Frankie, or Kakie (the nickname she gave herself as a 3-year-old), is home in Manila from spring break in the United States, where she’s enrolled as a literature major in one of the progressive universities in New York.

“I was able to take a plane back just as the number of cases there spiked to 500, which also means I arrived in Manila just a couple days before the lockdown. It was actually my intention to come home for spring break, given some work opportunities I was offered, but the pandemic rearranged these and so I’ll be home for the foreseeable future.”

She says college life in the Big Apple is “an insane privilege,” but “the atmosphere is rigid, the pressure is always high, everyone is driven and ambitious, which then cultivates this culture of competitive success. To a certain extent, it’s healthy and necessary, but to stay grounded and focused amid the swarm is something I’m still trying to reconcile.”

She explains why she’s studying abroad: “One of the primary reasons is to get out of the bubble I’ve been raised in. While it reeks of a certain kind of privilege, I think it also breaks down limits, as I live alone and am able to navigate through struggles and responsibilities with a much more valid sense of independence.

“Here (in Manila), I’m coddled. I have advantages. And while those advantages are precisely what allowed me to study abroad, they no longer play an active role in my experiences and my personal growth. I’m able to step into adulthood with more control.”

The young lady born Simone Francesca Emmanuelle Pangilinan was a precocious child, says her dad: “Very sharp and quite outspoken even as a toddler. I recall President Cory Aquino telling me that she was able to catch Frankie at age 3 on TV in the news and she said that Frankie was very smart and lista. This incident, seen on nationwide TV, had Frankie approaching me right in the middle of an ongoing ‘TV Patrol’ interview. She was caught on camera telling me that I should call her when it was her time to be interviewed. The interview was done on the occasion of Sharon giving birth to Frankie’s younger sister, Miel. I suppose Frankie was too excited to tell everyone about the news of her having a newborn little sister.”

Frankie credits her dad for her love of reading.

“In her elementary school years, she came to my office and asked if she could take home a few books from my mini library,” recalls the senator. “One book she brought home was a civil law review book by Justice Edgardo Paras. I would always make it a point to engage all my children as best as I can in conversations, especially when they show an interest in a particular subject or incident, whether personal or incidents in the news. By doing so, I support their curiosity, which is an all-important element in learning. Nowadays, we talk about a lot of things over beer or wine, or over meals.”

Being stuck in quarantine, Frankie says, “has taken a toll on my mental health. But I try to stay cognitively stimulated. I devour books. Carmen Guerrero-Nakpil is one of my favorite authors, along with Zelda and F. Scott Fitzgerald, Stephen King, Neil Gaiman. I try to read a little bit of everything because I think that to limit oneself to a genre or to a niche preference is likewise limiting one’s learning. I’m trading more books with my dad. I’m stuck in the middle of ‘Mindf*ck’ by Christopher Wylie, his book on Cambridge Analytica.”

The senator, in one of his own social media posts, expressed understanding and appreciation of his daughter’s activism online and on the ground—which he relates to his own involvement in the student protest movement at the University of the Philippines Diliman in the years leading to the Ninoy Aquino assassination in 1983 and Edsa Revolution in 1986.

“I attribute it to the environment at home and in school. I made it a point to bring our children to my Senate office and to attend official events from time to time. Frankie was at the Quirino Grandstand in Luneta for the inauguration of PNoy as president in 2010. I brought her along to the oathtaking of Leni (Robredo) as vice president in 2016. Frankie was also with me during the visit of Pope Francis in Malacañang in 2016. All that may have broadened her perspective about national affairs.

“The school she attended in preschool until grade 6, The Learning Tree in Quezon City, put great emphasis on ensuring the children have a strong grasp of their roles in the community and the nation. Her critical thinking was further enhanced by her enrollment at Beacon Academy in her middle and high school years.”

Asked if she feels good that more Filipinos are voicing out their thoughts and opinions, Frankie declares: “I’m committed to staying as true to myself as possible. There’s a significant amount of reflection that comes with that, both internal and situational/circumstantial, but at the end of the day, I feel it’s become sort of my responsibility to remain outspoken and encourage others to do the same. I’m driven by principles, not by politics.”

But her biggest passion is music. She has outdone Sharon in the sense that Frankie writes and sings her own songs, and plays the guitar.

She’s on Spotify as Kakie, with a few tracks released by her record label, Curve, including her latest single, “tyl,” which reveals her grasp of the songwriting craft (“I am like a wave, I know it hurts/But I slam against the sand and then again I never learn”), sung in the moody-vulnerable-sensitive approach of the current crop of Pinoy female singer-songwriters.

“Writing is all I do!” she professes. “It keeps me up at night, writing fiction, poetry and music. I can’t remember a time when I didn’t have some sort of written side project going on. I’ve been incredibly influenced by stories, in film and literature. Studying people and passions provides me with limitless inspiration. I’ve been writing songs since I was really little, I’m just glad to finally be able to share them.”

If she could be granted a wish, it would be: “I wish for a better Philippines, in every context. It’s what Filipinos deserve.”