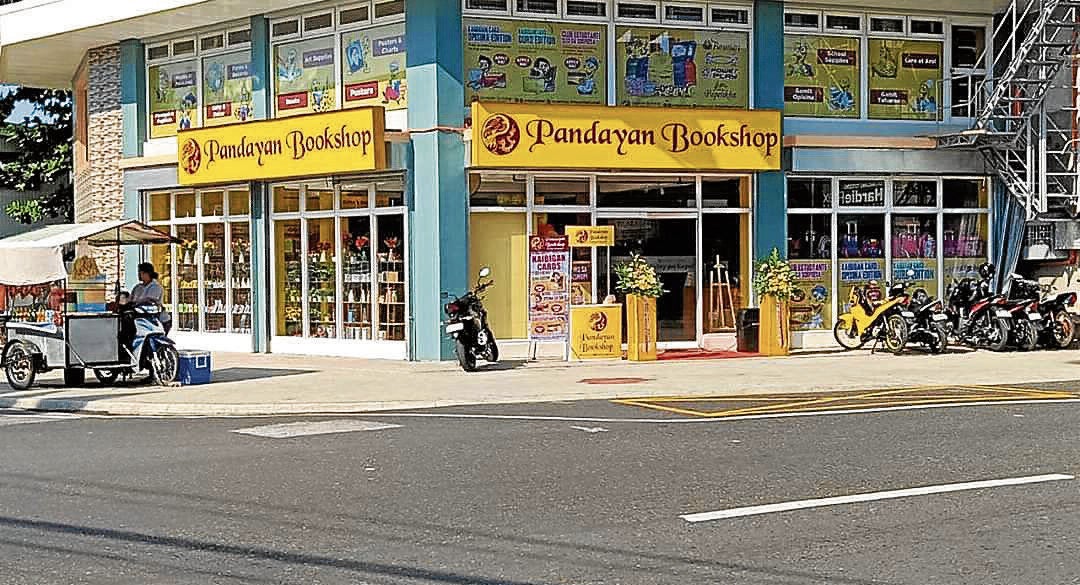 Pandayan Bookshop is more than a bookstore: It’s a movement

125 of its 134 branches are outside Metro Manila while its staff has made over 74,000 face shields for donation —this retail chain is really idealistic and iconoclastic!

Gerardo “Jun” Villacorta Cabochan Jr., is a true believer. Ever since he established Pandayan Bookshop Inc., in 1993, he has been steadfast in his vision for a compassionate yet competitive retail space in books, school supplies and stationery. This shows up in completely unexpected actions: “When a customer lacks money to pay for merchandise, the Kapwa Panday (the chain’s workforce) gives or lends the customer the lacking amount, up to 100 pesos in our experience,” Cabochan, the company’s managing director, said. “And when merchandise is stolen by professional shoplifters, often in large quantities, the store crew reports it and volunteers to pay for the shoplifted goods.”

Then there is the fact that of the chain’s 134 stores, only nine are in Metro Manila, even though Pandayan’s first branch was actually in Grace Park, Caloocan City. “The countryside market was underserved and the rental rates for store spaces were low,” he said. “One can say, Pandayan could be a big fish in a small pond.” You will often find Pandayan near a school. “Our main market—during normal, nonpandemic times—consists of students and teachers,” he said.

But the biggest thing Cabochan likes to emphasize is Pandayan’s unique culture and workforce. The culture boasts an almost evangelical fervor called “Kultura ng Tagumpay.” “I wanted to run an outfit, even a little company of less than 10 people, the way I wanted, especially with respect to people. I wanted a workforce motivated by goodwill, not hobbled by conflicts, both petty and serious, between workers and management.”Cabochan understands what a motivated workforce can provide. “The Kapwa Panday thinks and acts like an owner. They come up with creative ideas to improve the store. At least 80 percent of improvement ideas come from workers, not from management.”

The 64-year-old Cabochan is the eldest son of the late Caloocan City Rep. Gerardo Cabochan and Clarita Villacorta, who founded the CVC (her initials) Supermarket in Grace Park. Cabochan is a political science grad of the Ateneo. After an aborted attempt at law school at the University of the Philippines, he worked for the late Sen. Teofisto Guingona Jr. and the Senate Blue Ribbon Committee. He had not even finished school yet when he began working at CVC, initially in human resources then in managing the store itself even as the store evolved into a chain.

What would essentially be the first Pandayan Bookshop—its name taken, of course, for the Filipino word for smithy—was a crowded, tiny nook on the mezzanine of the CVC Building. “It looked like a greeting card and stationery store,” he said. “We had more than 10 racks of greeting cards in the middle of the store. Colorful stationery that teenagers collected was all the rage then.” He said that school supplies, gifts and sporting goods didn’t do well in those early days and it took years before the store became profitable. Today, Pandayan sells all those items plus books, of course. The books are mostly locally published textbooks and supplemental material. Cabochan noted their bestsellers depend on the quarter of the school year—“Ibong Adarna” at one point, “Noli Me Tangere” and “El Filibusterismo” at another—because these were being read in classes. They boast the Philippine publishers such as Anvil Publishing, Visprint, PSICOM and Precious Hearts. They do carry foreign titles, mostly bestsellers by the likes of Nicholas Sparks and Paulo Coelho.

Pandayan expanded along with CVC, the second bookstore located on the second floor of a CVC in Baliuag Bulacan—and that was when Cabochan not only decided to focus on the provinces but to put up stand-alone Pandayan branches; the fourth branch, set up, in Malolos, Bulacan, in 1997, was the first such branch. “We only have two branches outside of Luzon (mainland); both are in Calapan City in Oriental Mindoro.”

With so much of its business being school-based, Pandayan has suffered immensely from the new coronavirus disease, something Cabochan considers the biggest challenge the chain has ever faced, what with being shut down for six weeks. “There is no clarity on what direction our back-to-school sales will go,” he said. “Yet, it’s a great thing to behold how Pandayan employees are figuring out and implementing cost-cutting measures by themselves. They know what is at stake.”Pandayan did not let the pandemic stop their many outreach activities. Valenzuela City allowed the store’s employees to take out raw material from its shuttered branches and its distribution center for its employees to make improvised face shields at home. Pandayan distributed over 74,000 face shields and 16,000 ballpoint pens to front-liners in different places from March to May.

The Kapwa Panday is way more than the 10 people Cabochan originally envisioned. The current workforce stands at over 600 and among the benefits are 30 days of paid leave for employees to take care of loved ones in hospital and a one-day paid leave for a child’s family day or to go out on a date for an anniversary with a spouse. In 2019, Valenzuela City recognized Pandayan as the city’s top job provider in the direct-hire category. It has far outstripped its parent, as the only vestige left of the original CVC Supermarket, aside from Pandayan, is the Fresh-to Supermarket. Helping Cabochan run Pandayan are the members of the Sandigan or board of directors: wife Luz, children Paula, Jacob and Eric, among others.

From the old wooden building in Grace Park, its tiny sign crowded out by the ones around it, Pandayan Bookshops now rise on their own, the brightly lit, distinctively yellow signs guiding the way. Cabochan understands that Pandayan is in the middle of a tremendous growth spurt: “The opportunities come and we take the good ones. Over time, more people offer spaces to Pandayan. This improves our chances of getting good locations. We are comfortable with opening around 10 stores a year.”

Now that Pandayan has established its presence in the provinces, Cabochan, in a twist on conventional retail expansion, said they were now looking somewhere else: “Now, we are looking at Metro Manila where we only have a handful of stores. We continue to look at urbanizing towns in the countryside.” On another immediate note, Pandayan intends to improve on their online sales channel and another category they are growing: office supplies.

Of course, Pandayan would not be Pandayan without a loftier goal. Jun Cabochan does not see Pandayan Bookshop as just growing; he sees a crusade: “I look forward to some time in the far future wherein we become a movement for a society centered on mabuting pagpapakatao, pakikipagkapwa-tao and pagkamakatao. Who knows if the shift can be made? There’s no harm in trying when the right time comes.” INQ