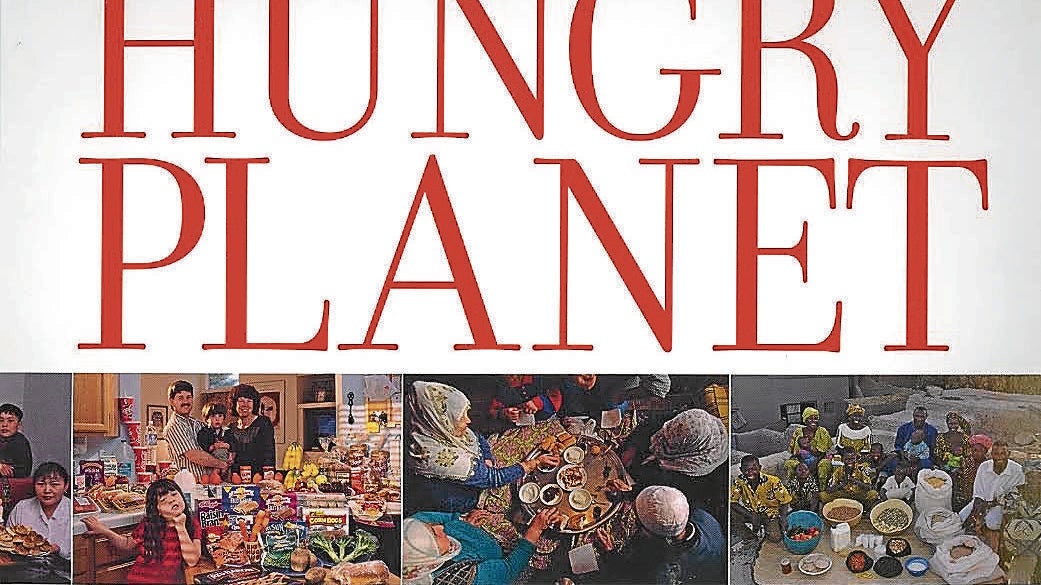 "“Hungry Planet: What the World Eats”

‘Monok,’ ‘tumbong’: What the poor cook in our cities’ underbelly

The dishes are not unusual or exotic, but show the cooks' ingenuity

In 2001, I visited Copia, the shortlived Museum of Food and Wine in Napa Valley, and saw a photo exhibit, “Hungry Planet,” which featured families across the world eating together. I remember images of an American family dining on McDonald’s inside the car, and of Turkish women around a tray partaking of their morning meal.

Sad to note, there was no image from the Philippines.

In 2007, “Hungry Planet: What the World Eats” (Material World Books) was published. It documented photographer Peter Menzel and writer Faith D’Aluisio going around the world to record families eating, among them a Philippine family.

The Cabaña family lived in a small apartment in Malate. In front of them was a week’s worth of food—ingredients from the wet market, canned goods, commercial cookies and bread, and chips.

Families from different parts of the world were photographed the same way, but it was interesting to note that those from developed countries displayed more processed food than those from the developing world.

The book also showed a Philippine wake and how the bereaved family cooked food for mourners, funded by a percentage of the take from the gambling tables, typical of funeral vigils in the country.

A friend who saw the chapter protested the book’s focus on the city’s underbelly—the poor district and a wake, for goodness sake.

I told him that I would rather have real food cooked and eaten by my countrymen than a multinational fast-food hamburger.

The “underbelly” of the country has been featured again in “Slumfood Millionaire,” a Channel News Asia documentary. The place is Tondo, Manila, and the dishes are not unusual or exotic, but they show the cooks’ ingenuity.

The first dish is monok, described as “spicy double-cooked chicken.” The cook gets her supply of chicken extracted of its flavorful broth. These come from hotel kitchens that would have thrown the chicken away, but whose cooks are allowed to sell these outside. The meat is shredded, then cooked as adobo with vinegar and soy sauce (for color), onion and chili. After that, the mixture is drained of the liquid so that the chicken meat will be crisp after being fried.

Crispy fried pork liempo (pork belly) is more conventional fare. And the technique is usual—boil the pork belly, pierce the skin with a fork so it absorbs the salt better, dry under the sun before deep-frying. If the sun is unavailable, a torch is utilized for drying. The proprietor says he has a secret ingredient and when pressed, he reveals it: “Love!”

That may sound corny, but it is only one example of the charm of the feature. For, despite the setting—a slum area in Manila where houses are huddled and are crammed with people, with hardly any space on the streets and in between houses, not even space to hang laundry, which some do on electric wires (gasp)—the cooks and market buyers laugh, sing and declare proudly that Tondo is home. And this is what makes the feature so affecting: It shows how resilient our people are.

A friend expressed fear that the National Housing Authority would not provide housing for the poor, because as the documentary feature shows, they seemed content with what they had. And because she was a food processor, she expressed concern about the food preparation and hygiene.

But what food writers really do is cover the whole spectrum of cooking and eating, from lofty fine dining to what small people cook and eat in the underbellies of towns and cities.