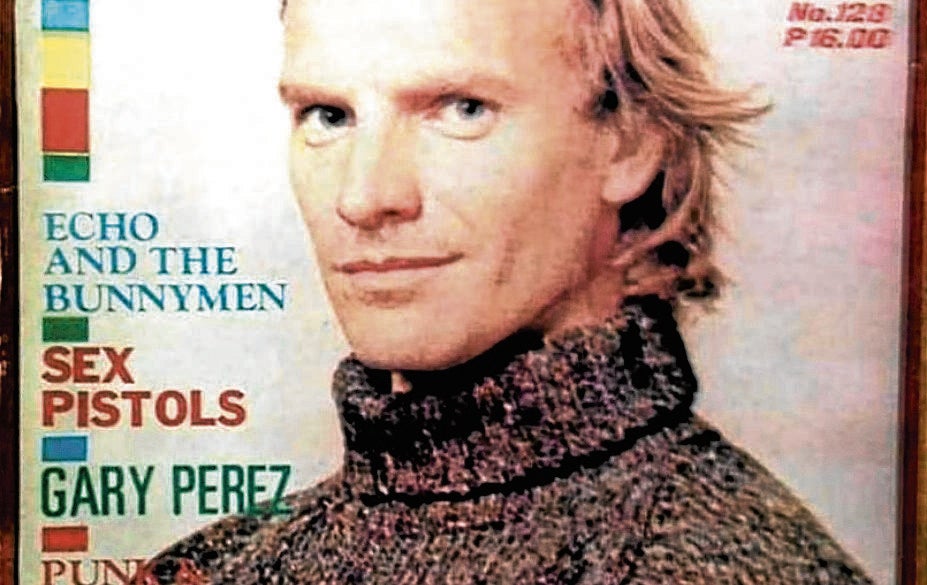 ‘For a magazine to operate profitably for more than seven years on subscriptions and newsstand sales alone—walang ads, dude—says a lot about the power of its readership’

There is nothing more powerful than an idea whose time has come, but you seldom realize it until well after the fact.

In 1970, Gilbert Guillermo, egged on by his younger brother Eric, who was a guitar enthusiast, hatched an idea for a chord book—a magazine from which one could learn to play guitar along with the popular songs of the day.

There already existed “song hits”—cheap pulp publications containing song lyrics—but the songs they favored were typically baduy, and they often got the chords wrong.

An AB English graduate of Far Eastern University, Guillermo was an Elvis Presley and Beatles fan and had something a little classier in mind: a full quarto bimonthly magazine with a four-color cover which would contain not only lyrics to the popular rock-’n’-roll songs of the day with the correct corresponding guitar chords, but also feature articles on pop and rock stars.

Guillermo was familiar with the editorial and publishing process from a stint in his campus newspaper. In a gutsy move, he persuaded his mother to let him use a family property as collateral for a bank loan, which financed the first issue of Jingle Chordbook Magazine in October 1970.

The name had a sly double meaning: “Jingle” meant both a catchy tune and local slang for “to take a piss.” The magazine’s logo was the “chordian angel,” a pissing cherub (possibly an homage to Brussels’ famous “Mannekin Pis”), signifying Jingle’s irreverent character.

Guillermo’s instincts proved spot on: Jingle was wildly successful from the get-go. The first issue sold out quickly and went through several reprints. Within the year he paid back the loan and established a thriving publishing company with his siblings.

Jingle would continue publishing for more than two decades, serving as a cultural touchstone for generations of Filipino youth.

The timing couldn’t have been more perfect.

By the 1970s, Filipino youth culture had fragmented into a wide spectrum of attitudes.

At the far left were the student activists, intensely political, who, just a few months earlier, had tried to storm the gates of Malacañang.

At the opposite extreme were the self-styled freaks, inspired by the counterculture of the Woodstock generation, who were into personal, sexual and spiritual liberation by any means necessary, including chemical.

In between was a whole generation of baby boomers just trying, in the idiom of the time, to “find themselves.”

The one thing they had in common was music, and for the longest time Jingle had the lock on that. Colegialas and kanto boys, hippies and activists, rich kids and poor avidly awaited each issue.

As might be suggested by its earliest covers, which featured Paul McCartney, the rock supergroup Blind Faith and Nora Aunor, Jingle was aiming for a broad appeal.

The early emphasis was on music that lent itself to guitar accompaniment: the Beatles, the folk rock of Simon and Garfunkel, and Peter, Paul and Mary, the emerging country rock of James Taylor and Neil Young.

But there was something for everyone—Fred Panopio, Eddie Peregrina, the aforementioned Nora Aunor and the Guess Who, Steppenwolf, Deep Purple.

In those days before online tablatures, the magazine employed a resident guitarist, Hexel Hernando, whose job it was to suss out the chords to the songs by ear, from vinyl records.

One issue even featured songs from the underground “Ibong Malaya” compilation, including the chords and lyrics to “Pandaigdigang Awit ng Manggagawa” and “Awit ng Petiburgis”—the marching songs of the leftist student movement.

This liberal streak eventually placed Jingle on the radar of the authorities after martial law was declared in 1972, and for a two-year period, from 1973 to 1975, Jingle had to endure the indignity of going under the more innocuous name Twinkle, and having to sanitize each issue by painting out the long hair of the artists featured on its covers.

Only when the censors loosened their grip did Jingle reclaim its old masthead, and its old irreverence.

By this time, it was much more than just a glorified “song hits.”

It had more or less invented music and pop culture journalism in the country, drawing inspiration from music magazines like Rolling Stone and Creem, underground comics and psychedelic art. It devoted space to poetry and short stories, often ribald humor, even a bit of demure cheesecake in the person of pinup girl Myra Mendoza.

Apart from that of the evolving rock scene, the magazine also mapped alternative lifestyle trends such as yoga and Eastern spirituality, bohemian tastes in art and literature, and offered quite a bit of social and political commentary, usually disguised as comic strips, jokes or personal essays.

Would-be competitors such as Burgis (later BM) and the short-lived Score magazines tried to get a slice of the youth culture market, but none of them inspired the loyalty that Jingle did.

A lot of it had to do with Guillermo’s management style. He had a knack for attracting talent.

“The fact that Jingle attracted a host of contributors and readers who went on to become stalwarts in their fields is, in my view, Jingle’s high point,” recalled former Jingle managing editor Ces Rodriguez.

“I’m not sure how it made an impact on the mainstream music industry then, but it certainly made a huge mark on the demographic it had aimed for—teens mostly. For a magazine to operate profitably for more than seven years on subscriptions and newsstand sales alone—walang ads, dude—says a lot about the power of its readership.”

Although he remained editor in chief, Guillermo was also savvy enough, as he grew older, to give younger, more plugged-in editors free rein to determine editorial content.

What really set Jingle apart from the rest, was the fact that it was created for music fans, by music fans.

Former Jingle associate editor Pennie Azarcon-dela Cruz (now a desk editor at the Inquirer) recalls: “Jingle was my third job after college and it spoiled me for life. Gilbert had a lot to do with the unstructured office hours, the near-complete disregard for authority and the casual Monday to Friday dress code. He was editor-publisher, but we’d see him once or twice a week at most, his presence announced by a newsprint sheet folded in half and stuck in our pigeonhole, with the cryptic handwritten message: ‘Talk later. G.’ ‘Good work. G.’ ‘See me about 4? G.’ Nothing to dread. Mainly shooting the breeze, while he leaned back in his chair, bare feet obliquely resting on his desk. Everything was so laidback, one thought nothing of pulling him in to share drinks—during office hours—that visiting artists had brought in.”

Jingle magazine had a remarkable run, printing 141 issues altogether over more than two decades, but nothing lasts forever.

Guillermo’s guitar-playing brother Eric, who first broached the idea of a chord book, reckons it was the emergence of the karaoke machine that signaled the magazine’s eventual decline. As kids stopped learning to play guitar in droves, the need for a chord book—which had remained at the core of the magazine through its long evolution—simply withered away.

Jingle managed to survive into the punk and new wave era, but by the time the final issue rolled off the press in 1997, the magazine’s original demographic had aged out. (It actually stopped publication in 1989, was revived in 1997, but which ran for only two issues.) Younger readers, weaned on MTV and FM radio, found the idea of a chord book and guitar sing-alongs quaint.

In 2008, the band Sandwich name-checked the magazine in the chorus of its song “Betamax” (“Sa Jingle magazine / Natutong mag-gitara / Sinifra ang mga kanta / Sa cassette at plaka”), simultaneously paying tribute to the magazine’s lasting impact on Pinoy youth culture, and consigning it to the distant, if fondly remembered, past.

Gilbert Guillermo died July 21 at the age of 74. The magazine he created was to have marked its 50th year this coming October. Plans were afoot to celebrate the occasion with various events, including a book.

Whether these push through or not, his legacy is secure, in the memories of those whose youth his creation brightened, if only for a moment, and they are legion.