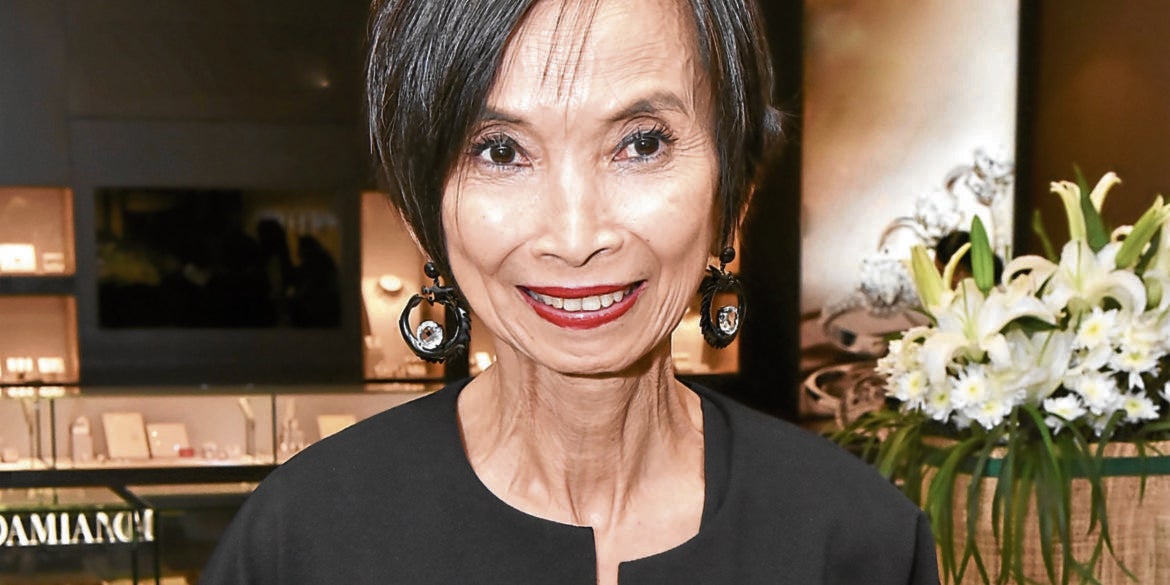 Josie Natori, former banker who was among the first Asian immigrants to break into US fashion industry

Natori is the daughter of the late construction pioneer Felipe Cruz who founded the firm F.F. Cruz & Co. which built major infrastructure, roads, geothermal and power plants, piers and reclamation areas. A visionary, Cruz led the way for GPS technology with Telstar Satellite, No. 2 in the Philippines in 1958.

Mareco gave Ho the option to buy the lease rent. Ho didn’t take it up. The offer expired in 2008, which coincided with the lease deadline.

NMC Container extended the lease for another decade. However, before the second lease ended in 2018, Ho said her company had the right to get the property at P11,000 per square meter, based on the 2003 value. Mareco maintained that the original offer was not a deed of sale. Today, the 2-ha land is estimated at P3 billion.

Mareco is a subsidiary of F.F. Cruz & Co., which is composed of the family—Cruz’s widow Josefina Almeda Cruz and her five surviving children. Mareco went on the defense by filing for writ of preliminary mandatory injunction or eviction by force.

The profiles of the two women are just as interesting as the legal tussle which has remained under wraps until last week.

Although the Cruz matriarch is 95 years old, reports to work and signs check, Natori has become the most visible among the Cruzes, in this case as the eldest and most prominent member.

Natori is CEO and founder of the fashion enterprise, The Natori Company which produced the global fashion brand, Natori. Ho is president and CEO of the Magsaysay Group, one of Asia’s largest suppliers of sea manpower. It also provides training for seafarers and hospitality industry professionals.

These women are alumni of Manhattanville College, a private school in Purchase, New York. Natori was two years ahead of Ho and she graduated with honors. Ho’s circle of friends includes children from prominent Filipino families such as Chichi Laperal and Mary de Leon.

Both were trained to break barriers in a male-dominated industry.

After college, Natori started a career in investment banking and finance. She worked for Bache & Company, a securities firm, and set up and managed a branch in the Philippines. When the business closed, she joined Merrill Lynch, a company specializing in wealth management services.

Natori worked her way up to become the first female vice president in investment banking. However, being a foreigner and woman couldn’t get her to the top post.

Seeking a new challenge, Natori set her sights on fashion. She often recounted in interviews how she wanted to promote Philippine craftsmanship in the West. She presented a Philippine-made embroidered blouse to a buyer at Bloomingdale’s who suggested she turn it into a night shirt.

The Natori Company found a niche in luxury lingerie and has since developed fashion and accessories, home elements, fragrance and jewelry. Natori has merited recognition for being one of the Asian immigrants to penetrate the American fashion industry. Her career shift was featured on the Oprah Channel. Her fashion line is carried by Rustan’s Makati.

US President Ronald Reagan nominated her as most promising immigrant. During President Bill Clinton’s term, Natori became a commissioner in the White House Conference on Small Business, and she is a trustee of the Fashion Institute of Technology and member of the prestigious Council of Fashion Designers of America.

Natori’s socials have been covered by New York publications. She shuttles between her New York apartment and her country home in Pound Ridge, in upstate New York. Her apartment in Paris was decorated by prominent French interior designer Jacques Grange.

Ho was on the list of the 100 Most Influential People in the Shipping Industry by Lloyd’s List, a reputed journal for shipping news. Her father, who founded the shipping business with her uncle, encouraged her to be herself in running a male-dominated industry.

Under her watch, the company evolved into a major supplier of human resources, and expanded to other businesses.

A member of the Asia Pacific Economic Cooperation Business Advisory Council, Ho is an advocate of inclusive growth. Since her company is a major supplier of seafarers and workers in cruise ships, she is affiliated with international organizations that support migrant labor.

Ho has had audiences with world leaders. She has received many awards for her leadership.

In the late ’90s, Ho spearheaded a campaign to redevelop the coastline along Manila Bay and riled against its reclamation.

Both women are involved in the promotion of Philippine arts and culture. American banker and philanthropist David Rockefeller invited Natori to become a member of the Asian Cultural Council, which raises funds to send scholars to pursue an arts program in New York.

Ho is affiliated with the Asia Society Philippines Foundation, an international organization which promotes Asian culture, and is with the Metropolitan Museum of Manila. She is one of the owners of the private club Manila House.

Through the years, Natori and Ho would have cordial exchanges in social events.

When Lifestyle requested an interview with Ho for this story, she declined courteously. She said she preferred to keep a low profile, especially at this time. During the lockdown, she moved from her condominium back to her home in Makati, which was once featured in Architectural Digest.

Ho said business has been going on throughout the lockdown since the company provides essential services.

Natori returned to New York before the enhanced community quarantine. She has been staying in scenic Pound Ridge. Her Japanese-inspired minimalist house captures nature with the huge expanse of glass. The country house is surrounded by a rich landscape and a lake with swans. Her Japanese-American husband, Ken, established a golf course close to their home. Here, Natori tirelessly continues to work from home and keeps in touch with her family.

Meanwhile both parties are letting their lawyers do the work. —CONTRIBUTED