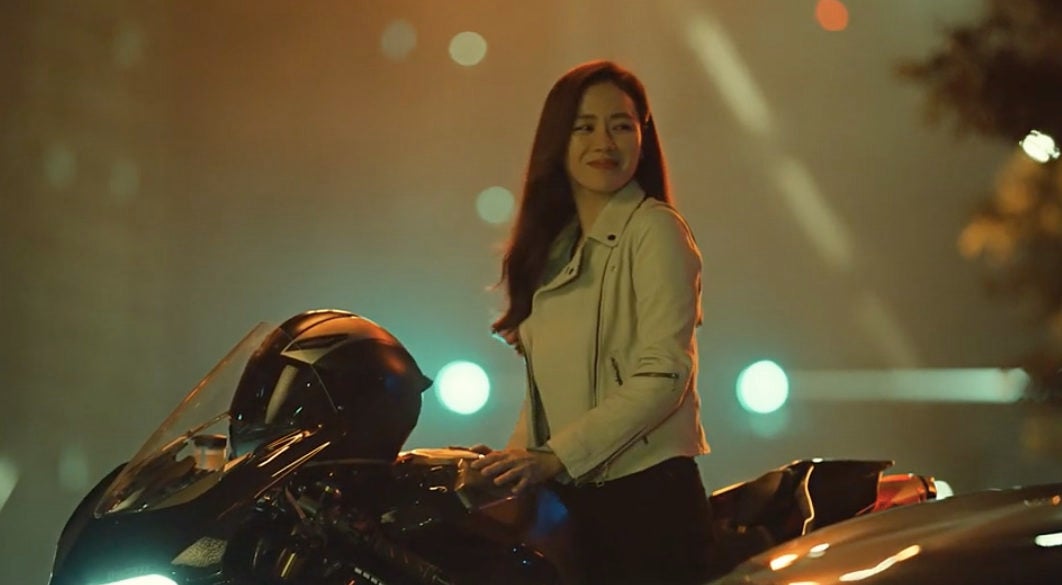 Son shot the commercial in Incheon, South Korea. But what she really wanted was to shoot in the Philippines.

Son Ye-jin has one regret in becoming Smart’s newest endorser. That is, she wasn’t able to shoot the commercial in the country and meet some of her fans.

“Actually, I wanted to go to the Philippines and shoot. And (meet) the fans who loved the drama and sent me so many messages of support on social media,” she said in a video interview of Smart. “I am really happy to shoot an advertisement for a Philippine brand. And it’s even better because it’s a Smart advertisement.”

She then repeated the sentiment of wanting to meet her Filipino fans in person. Son added that not seeing them face-to-face makes her sad, however, she is grateful that technology allows her to connect to them.

Filipinos fell in love with the Korean star as Yoon Se-ri in the K-drama “Crash Landing on You” (CLOY). They were hooked from the moment she landed into Captain Ri’s arms after a paragliding accident.

She joins CLOY costar Hyun Bin as an endorser for the telco. Her contract as the face of Smart Signature is pretty much the same as Hyun Bin’s.

In a virtual conference on Aug. 3, senior vice president and consumer wireless business head Jane Basas revealed that Ye-jin’s contract is good for one year. She has a commitment to do three events in the Philippines. On whether they will do those events together or separately depends on their respective schedules and safety.

But the well-thought-out ads produced for the telco connect the two stars even when they do not share the same frame. Read about it in the article “The tale of two ads: How Smart connected Son Ye-jin to Hyun Bin” on the Inquirer Super website (inquirersuper.com.ph).

Basas also revealed that they started negotiating with Son’s agency MSTeam Entertainment after the success of Hyun Bin’s launch in June. And they started working on storyboards in July through Zoom meetings.

The actress was sent two storyboards to choose from. One version is to have someone do the English voice over and the other is where she’d do her own. She went for the latter.

Going the extra mile for a project is nothing new for the actress. She is known as one of the hardest working celebrities in the Korean entertainment industry. Her prolific career has yielded 21 films, 10 drama series, a cameo in Hyun Bin’s drama, “Secret Garden,” and numerous endorsements. That’s more than two projects per year.

But Son has been making viewers love her since her debut in 2001. She rose to fame early in her career when she played opposite Jo In-sung in the romantic film “The Classic” in 2003.

She earned the title “Nation’s First Love” soon after. It is an appellation also given to the likes of Jun Ji-hyun (“My Sassy Girl”) and Suzy Bae (“Vagabond”). Her long black hair, innocent-looking face and beauty made her the perfect crush.

The actress shares one of the most iconic scenes of her career with Jung Woo-sung in the 2004 film “A Moment to Remember.” In the film, Jung dared her to drink a shot of soju to confirm that they’re dating. The lines of the scene, the way she thirstily drunk the shot in one gulp and the kiss that came after has been parodied in variety shows to this day.

Son is hailed as queen of classic romance, but being a lovable leading lady is not the only thing she knows how to do. She bravely let go of her sweet image in 2005 by playing the role of a mistress in the drama film “April Snow” opposite Bae Yong-jun (“Winter Sonata”).

Girlfriend, wife, mistress and divorcee, she brought all of them to life. Her leading men are composed of an impressive lineup of A-list actors including Cha Tae-hyun, Song Seung-hon, Kim Nam-gil, Lee Min-ho and So Ji-sub.

She has shown versatility by taking on roles in all genres including thriller, action and comedy. In fact, she and Song Il-gook made us laugh so hard in “The Art of Seduction.” This is the same film where she recreated Jennifer Beals’ “Flashdance” routine. Oh yes, she can dance.

The 38-year-old actress does not shy away from roles that would emphasize her age. Son played the older woman that Jung Hae-in fell in love with in the hit drama series, “Something in the Rain” in 2018. The drama earned her more fans that year.

She told the “All the Butlers” cast that she really wanted to take a break in between projects. However, she kept reading scripts. Whenever she finds a good role, she can’t bring herself to say “no” to it.

She is one of the few Korean celebrities who won best actress in the three most prestigious award-giving bodies: Baeksang Arts Award, Blue Dragon Film Awards and Grand Bell Awards. Multiawarded actress and her good friend, Gong Hyo-jin (“When the Camellia Blooms”), once said that she cannot compete with her. Gong further described her friend as a “gift.”

But in the interview conducted by Smart, she described herself as ordinary.

“There’s nothing special about me. In front of the camera, I’m always in character with the given role so I tend to stick to it. But behind the camera, I think I’m just ordinary. I’m the same person as you guys,” she said.

She was asked for a piece of advice for people who want to reach the same level of success that she has.

“I am not sure if I’ve already succeeded. I think young people who just started not only in acting but also in other fields are going to be so scared and experience hardships. Same as my experience,” she said.

She added that it helps if a person has set a goal.

“I’ve always set a goal. And even if the reality is not close to that goal, just try your best to imagine yourself in that future and make the best out of everything. Then think of it as a step closer to your dreams,” she said.