Myths and truths about the first circumnavigation of the globe | Lifestyle.INQ ❮ ❯ 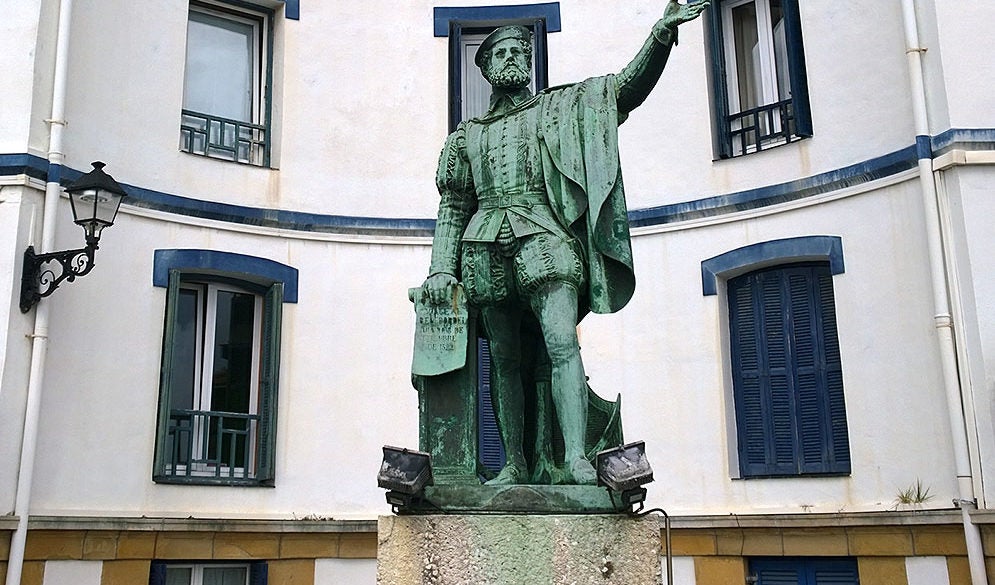 Editor’s note: With this article by Javier Galván, director of the Instituto Cervantes de Manila, the Inquirer initiates a series of informative and thought-provoking essays commemorating the arrival of Spain and the Europeans in the Philippines, whose quincentenary will be marked by the nation next year (1521-2021).

There are also hypotheses full of romanticism: that Enrique of Malacca was the first to circumnavigate the world, or that Lapu-Lapu was the first Filipino anticolonialist. The first one could have been accomplished, though highly improbable and could never be proven with historical accuracy. What we know about Enrique is that he was from Malacca, that he had traveled with Ferdinand Magellan until Lisbon, and later on from Sevilla westward until reaching what is now known as the Philippine Islands. But after he had abandoned the expedition, nobody knew what became of him. Had he arrived in his homeland, thereby completing the voyage around the world? It may have happened, but there is no possibility of knowing it. It is also said that the Vikings could have arrived in America before Christopher Columbus, but who could prove it? These are mere speculations.

Regarding Lapu-Lapu, did he really oppose paying vassalage to a foreign king from a faraway land, or rather did he refuse to do it through his neighbor Humabon whom he detested? Could we really call them Filipinos the kings and sultans of those islands when Felipe II was not even born yet? What is clear is that Lapu-Lapu has been converted, four centuries later into the symbol of the inalienable desire of the Filipino people to be independent and to determine their destiny, which, historical accuracy aside, has great symbolic and identitarian value. In Spanish history, the figure of Don Pelayo can be regarded somehow as a parallel.

In a similar way, the debate over whether the first Mass was celebrated in Butuan or in Limasawa has also a symbolic and identitarian value. It shows the assertive attitude of a great majority of the Filipino people about how highly they appreciate their Christianization. The fact is that neither the first Mass nor the conversion of Humabon had any immediate continuity. They were fruitless until 44 years later upon the arrival of Legazpi, whom the Christanization of the archipelago really began with.

Another widely believed error is that there hardly exist historical sources of the expedition—simply the chronicle of Antonio Pigafetta and barely else—which is not the case.

In the outstanding website of researcher Tomás Mazón, rutaelcano.com, many other sources are identified. It is worth to mention that what remains from the very pro-

Magellan Pigafetta’s chronicle are only copies. The original was given by himself to the very Carlos I, who at that time was already emperor; and from then on nothing else is known about the document.

What could possibly have happened to that original version? Was it intentionally destroyed or was it accidentally lost?

Dear reader, if the enigmas and twists of this exciting historical episode interest you, you may satisfy your curiosity in the following articles that we will be publishing in this newspaper.

Why was it important to go to the Moluccas Islands? How did a small kingdom such as Portugal become a great power? Why did Magellan conceal from the captains of his fleet his plan of navigating the Atlantic? What happened to Antonio Pigafetta and Sebastian Elcano? Did Enrique speak in Cebuano? Are there unrevised documents about the expedition in the Portuguese archives?—CONTRIBUTED INQ