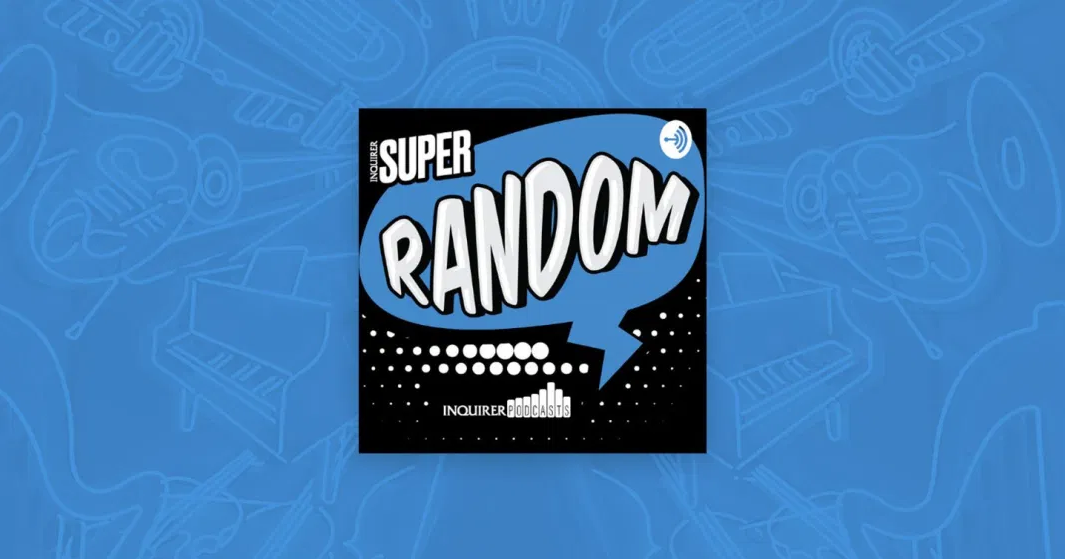 “Esmyuskee?” Were you one of those kids who were glued to the TV screen for a 4:30 p.m. habit in the 1990s? Or perhaps you were a fan of the “Wednesday Group’’ or “Friday Group” under the helm of Kuya Germs in the 1980s? Or maybe reality shows and “artista” searches were more your thing!

To be launched on Aug. 14, “Super Random” is a new Inquirer podcast about everything Pinoy pop culture that you’ve either forgotten or are too embarrassed to admit you liked.

“In a time when we are flooded with all the content possible, Super Random picks out the truly fascinating, nostalgic and even prognosticating parts of our Pinoy pop culture,” says host Ruel S. De Vera, associate editor of Inquirer Super and a self-confessed “super obsessive fanboy.”

“There’s nothing in the world like Pinoy pop culture, with its randomness, endurance and, most of all, its resonance,” De Vera adds. “I wanted to do this podcast because, (being) obsessive about useless things, I found there were many people of different ages who either remembered these things or knew nothing about them.”

In Season One of “Super Random,” listeners can look forward to discussions with actors, singers, and academics about teenybopper shows, dubbed cartoons and foreign songs that became hits “only” in the Philippines.“We hope our listeners will get a deep dose of the color, the diversity, and the identity of contemporary Filipino life,” says De Vera.