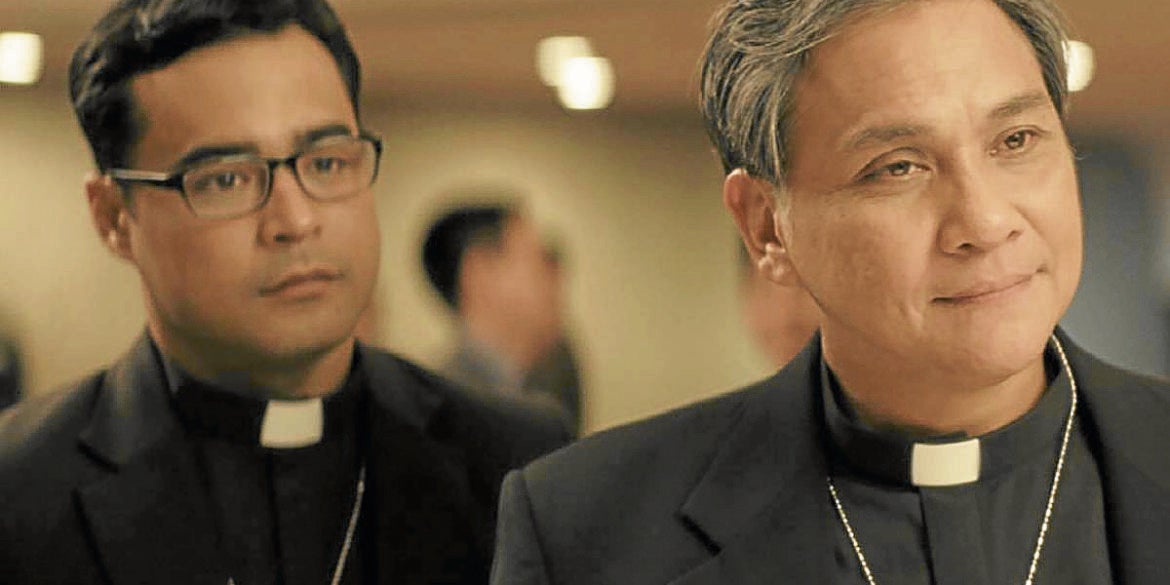 Chilling movie adaptation of F.H. Batacan’s dark crime novel may finally find the mainstream audience that eluded it during its commercial run now that it’s on YouTube

Maria Felisa H. “F.H.” Batcan was working at a Philippine intelligence agency when she finished a novel. It was an unusual dark crime novel about two Jesuits hunting down who may be the first Filipino serial killer preying on children at the Payatas dumpsite in 1997. She entered it into the Carlos Palanca Memorial Awards for Literature—“I entered on a lark. Wala lang. Suntok sa buwan,” she says—and “Smaller and Smaller Circles” promptly won the grand prize for the novel in English in 1999.

The University of the Philippines Press published it in 2002. “Smaller” was the first Western-style Filipino crime novel. At a relatively slender 155 pages, it would go on to win the National Book Award and the Madrigal-Gonzalez Best First Book Award.

The novel was adapted to the big screen by Tuko Film Productions and Buchi Boy Entertainment. Directed by Raya Martin and adapted by Moira Lang (formerly Raymond Lee) and shepherded by producer and writer Ria Limjap, the movie was premiered in 2017. The cast had veteran actor Nonie Buencamino as Fr. Augusto Saenz, the Jesuit forensic anthropologist; Sid Lucero as his right-hand man, Fr. Jerome Lucero; and Carla Humphries as reporter Joanna Bonifacio.

But what had started out as a straightforward adaptation of a critically acclaimed book by a talented cast turned out to be far more difficult than expected. Limjap, who left TBA Studios (the production company composed of Tuko, Buchi Boy and Artikulo Uno Productions) shortly after “Smaller” came out, knew what happened.

“We opened with only 44 screens, for reference, I think there are roughly 900 screens all over the country. The reason why we only had 44 screens? Ask the bookers. Film distribution in this country is mystifying and extremely difficult to navigate to say the least. Anyway, it was impossible to make any sort of good returns at the box office with a mere 44 screens. And because we had such few screens, people couldn’t access it easily. We had messages flooding the movie’s Facebook inbox asking and pleading for more screenings in their local cinemas. Eventually, it survived for three weeks at the box office, followed by ‘Star Wars’ which obviously took the majority of the screens that December.”

“And the most brazen question of all: where could they possibly download it online for free,” she said. It was screened briefly at the independent microcinema Cinema ‘76, owned and operated TBA Studios, and eventually sold to Amazon Prime, but that was only available in North America.

By this time it had its international premiere at Busan International Film Festival, where it was well received. Ditto with its European premiere at Far East Film Festival in Udine. It screened in Fukuoka, Shanghai, Chicago and Cardiff. “It was invited to screen at Cinemalaya in August 2018. That was a memorable screening—full house at the Little Theater and a very appreciative audience. I guess people were so eager to see it that when there was a chance to view it locally, the audience turned up,” she said.

Limjap observed that it would get a variety of responses: “Sometimes we would get applause, sometimes stunned silence. Either way, I noticed that the audience always needs to process the film after watching it. Young people are especially affected.”

The Singapore-based Batacan saw this as well: “It’s been really gratifying to see people—especially young people—remarking on how relevant the story still is, even after so many years, and even more so in these times.”

But now “Smaller” may finally get the wide audience it so richly deserved. On May 20, “Smaller” was uploaded in full and for free by the TBA Studios channel on YouTube for everyone to see. Batacan said: “It was a surprise to me, but a pleasant one.”

“I’m so glad the film finally found its audience!” said Limjap. “Now that it’s available on YouTube, it’s so easy and accessible. It’s nearing 200k views now. We’re thrilled, of course.” This will be the only chance Filipinos will have to see Fr. Gus Saenz in action.

TBA Studios has also made several of its full-length films available for streaming free: “K’na the Dreamweaver,” “Sunday Beauty Queen,” “Women of the Weeping River,” “I’m Drunk, I Love You,” “Neomanila” and “Tandem.” (Visit the TBA Studios YouTube channel at www.youtube.com/c/TBAStudios/)

Batacan believes this is the best time for “Smaller and Smaller Circles” to be seen by as many Filipinos as possible, something that was withheld from them before: “I think it couldn’t have come at a better time, with people in lockdown and so many questionable things happening all around them, so many questionable decisions being made. You look at the state of the country and you can see how many powerful people have misunderstood the purpose of political power, have misused and perverted it for their own ends. And we the people must hold them to account for how they use the power we give them. If we don’t demand accountability, if we don’t question, if we follow blindly, then we, too, are neglecting our duties as citizens. We, too, are screwing up the job we’re entrusted to do. That is what Saenz and Lucero and Joanna are doing all the time, questioning, seeking answers, fighting for the truth, not offering up blind obedience.” INQ“Smaller and Smaller Circles” can be streamed free at www.youtube.com/watch?v=oqNqZJS–Bw&t=1s